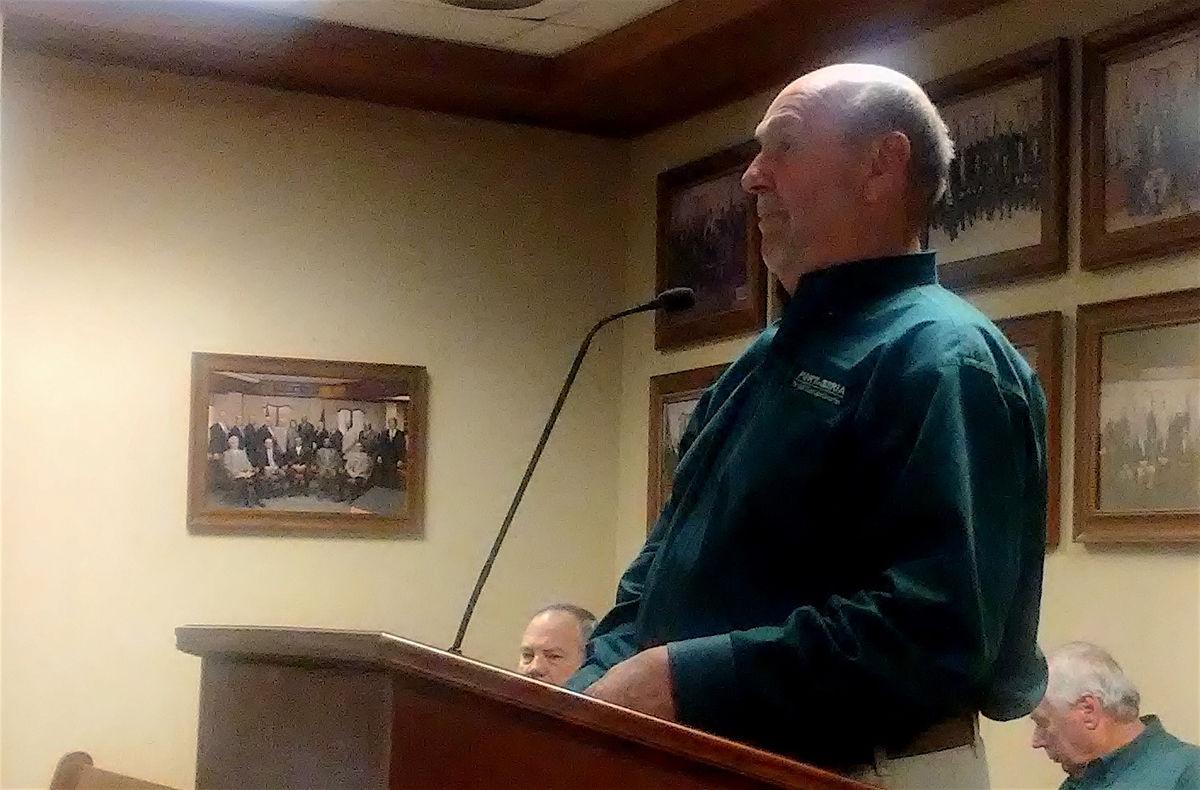 Port of Iberia Executive Director Craig Romero said the port commission board would be willing to work with the parish government to keep expenses within the budget for the use of the former Dynamic Industries office as additional space for the Iberia Parish Sheriff’s Office. 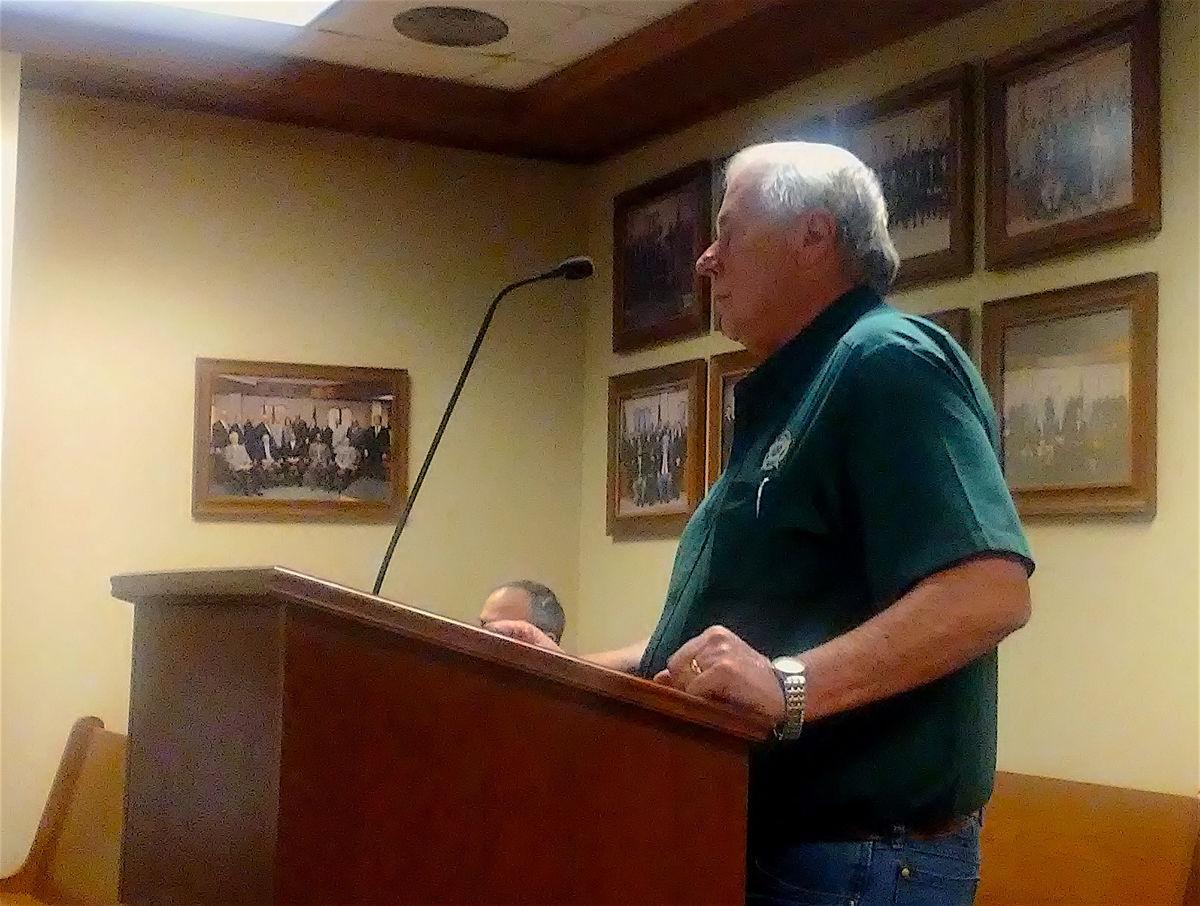 Port of Iberia Executive Director Craig Romero said the port commission board would be willing to work with the parish government to keep expenses within the budget for the use of the former Dynamic Industries office as additional space for the Iberia Parish Sheriff’s Office.

Iberia Parish Council members held a rambling debate Wednesday night about the conditions under which the council would agree to accept a rent-free office building for use as space for the Iberia Parish Sheriff’s Office.

The 14,000 square foot building at the Port of Iberia was formerly home to Dynamic Industries. Port of Iberia Executive Director Craig Romero said he had managed to find more than $100,000 in state funds to renovate and repair the building for the IPSO to use as office space and a new home for its training division.

“I think this is only the second time I have come before the council not asking for something,” Romero said jokingly.

Currently the IPSO is using a building on Hansel Street for that overflow office space, but it is literally overflowing. He said the new building, which has 45 separate offices and two conference rooms, would allow for additional clerical space as well as room for the various detective divisions and the training division.

“This is something we desperately need,” IPSO Chief Deputy Richard Hazelwood said. “We started this process two years ago. Our evidence storage is out of room. The area where we store our criminal cases is out of room. We have evidence being stored in the hallway.”

District 6 Councilwoman Natalie Broussard said she agreed the Dynamic facility was a good deal, but was concerned that the cost of insurance, maintenance and utilities for the building would exceed the cost of the current building on Hansel Street. The parish leases the Hansel Street location for $54,000, utilities included.

“We need to keep an eye on this,” Broussard said of the overall cost. “It is worth considering when we are talking about what could be a temporary fix.”

Broussard’s concerns included the possible maintenance cost of the structure, the higher utility costs, a possible insurance hike in coming years and the possibility that the next sheriff might have a different plan.

“Hopefully, the next sheriff will support it too,” said District 11 Councilman Brian Napier.

“This is not adversarial,” Romero said. “We’re in this together. The best part is that we are taking money out of Baton Rouge to make this happen. This is like magic. We’ve got to do this together.”

District 5 Councilman Warren Gachassin said he was pleased to see other council members approaching the signing of a cooperative agreement for the use of the Dynamic site frugally, but agreed that it was a good deal for the parish overall.

“I’m with you,” Gachassin told Romero. “If all of our government entities could work this way, we would be in a much better place. It’s worth a shot. I think this is more of a realistic shot.”

District 10 Councilman Eugene Olivier said the concerns over maintenance were going to be there no matter what site they chose for the offices.

“Maintenance,” Olivier said, “that exposure is always going to be there.”

“Yes, but why would we not be smart about this?” Broussard said. “Why would we not work on a contract that works within our budget? We cannot expose ourselves to an uncapped maintenance fee.”

Romero said that he was amenable to whatever language Broussard felt was necessary to protect the parish in the agreement.

“I wish we would take this time and consideration every time we were spending money in the parish,” Gachassin said.

After amending the motion to include a $7,500 cap annually on maintenance and a  $1,000 per incident limit, the motion passed unanimously.

During the council announcements, several council members congratulated Iberia Parish President Larry Richard on his being elected to the executive board of the Louisiana Police Jury Association at its annual meeting in Lake Charles last week.

In other business, the council:

• Approved resolutions to sign insurance contracts for health and liability insurance for 2019.

• Tabled a move to create an assistant director position for Sewerage District No. 1 until the job title and description could be adjusted. It will be back on the March 27 meeting agenda.