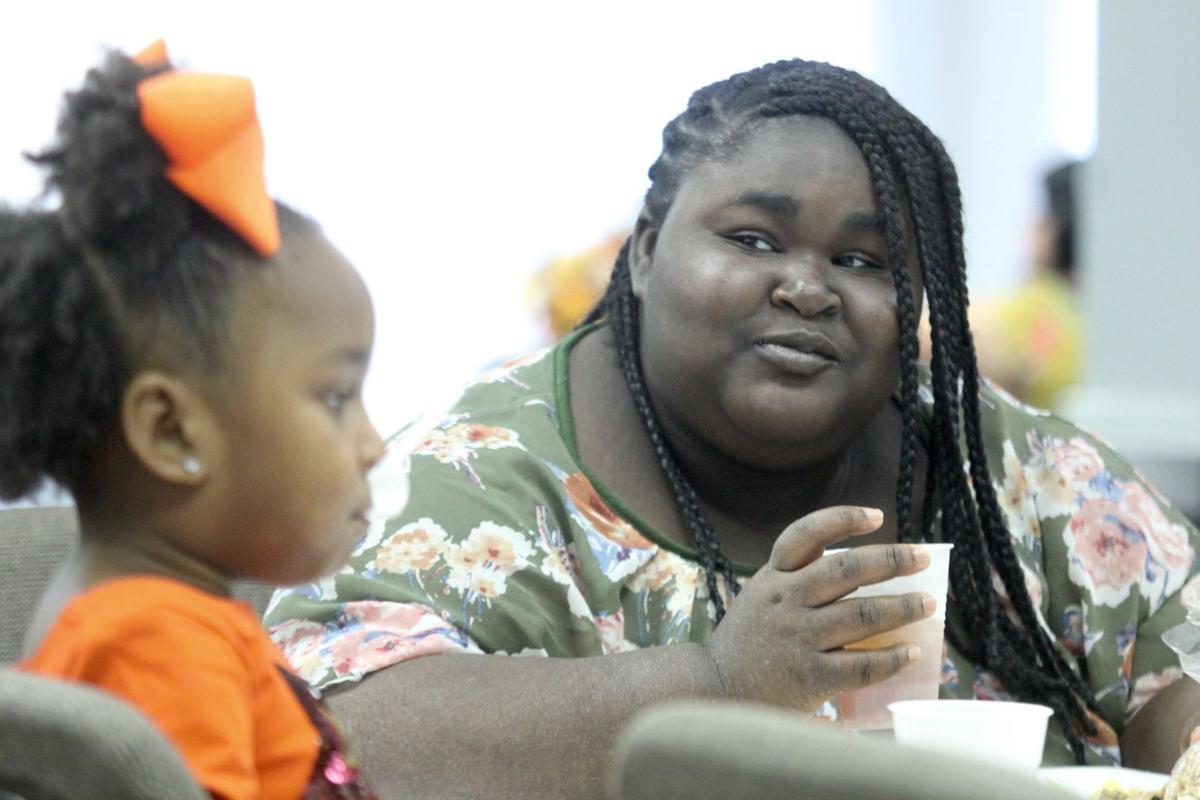 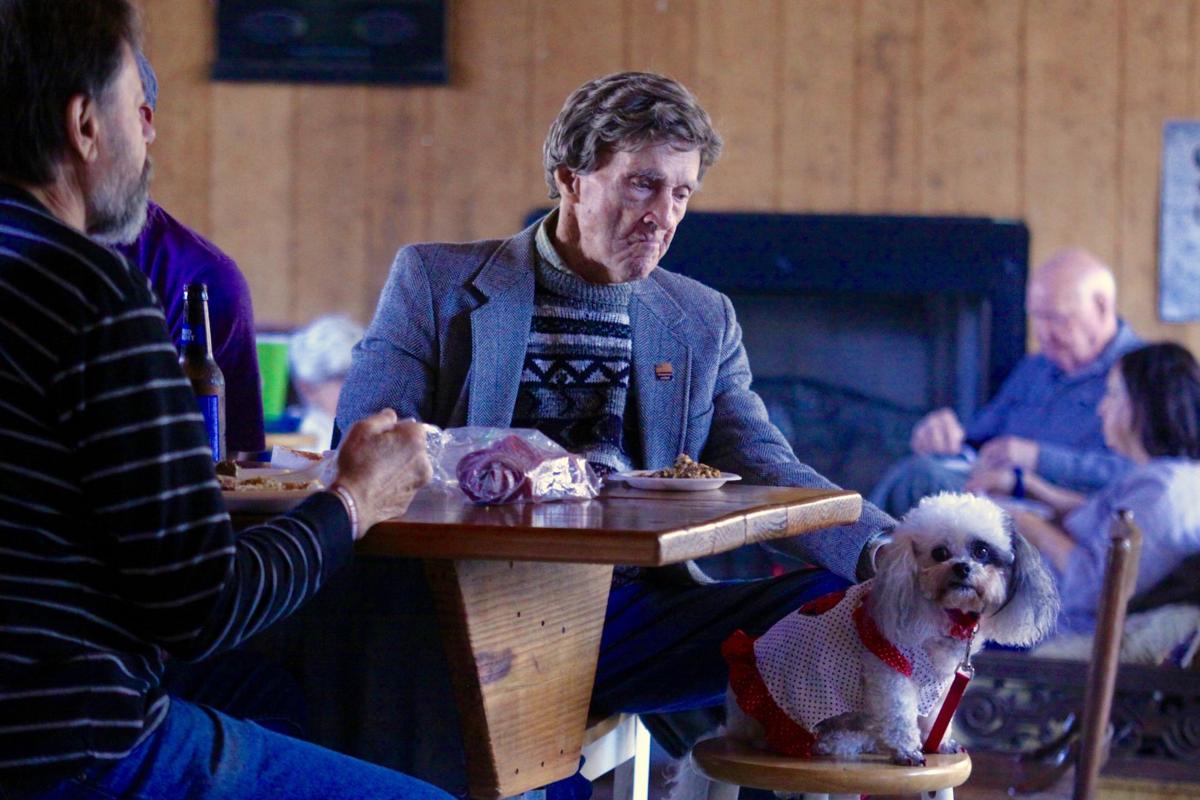 Erne Plessala of Loreauville and his dog, Sophie, enjoy the company at the E and E Sports Bar Thanksgiving dinner Thursday afternoon.

Erne Plessala of Loreauville and his dog, Sophie, enjoy the company at the E and E Sports Bar Thanksgiving dinner Thursday afternoon.

The Pesson Elementary School student was volunteering at Word of Hope Fellowship for the ministry’s annual Thanksgiving Day dinner. She had several important tasks. First, she was responsible for adding the dinner roll to each plate as it came down the line. Then she was responsible for the final quality check, making sure everything was packed properly.

She then closed the styrofoam containers and stacked them for the delivery crew to pick up.

“My mother told me I had to come help work,” Webster said. “But I like doing the rolls.”

She was one of about 20 volunteers who both helped serve people who arrived to eat dinner at the Admiral Doyle location and prepared to-go meals to be delivered around the city.

“I waited to volunteer on a special day,” said Jennnifer Ackal, who was handling the drink station, bringing glasses of tea to diners at tables in the ministry’s worship hall. “I feel like it means more when you do it on a day that has more going on, when you could be with family or friends instead.”

According to Rev. Zack Mitchell, the group expected to serve about 250 meals Thursday.

“We will have more than 100 here, but we are also delivering meals out to the community,” he said. “Not all are home deliveries. Some we will bring to places where we know we can find the homeless and those who we can help.”

For Elisabeth “Zob” Munnerlyn, providing Thanksgiving meals to the community is about having the fellowship and company that the holiday brings. She and her husband Dave have been holding an open Thanksgiving dinner at E and E Sports Bar on West Main Street for years.

“We bought the bar six years ago,” she said. “We’ve been having Thanksgiving here for four years now. I mean, we have this great space. We might as well use it.”

Unlike the Word of Hope operation, E and E’s gathering is largely the work of Zob Munnerlyn, with a few covered dish items from friends and family.

“I started cooking Monday,” she said. “I did most of the sides and things, then did the turkey and ham overnight.”

The dozens of neighbors, family and friends who were on hand for the meal were appreciative. From the bar in front all the way through the added lodge space Dave Munnerlyn added to the original liquor store, sated guests chatted and swapped stories, and even a few recipes.

“I want to try a Martha Washington Christmas candy,” Zob Munnerlyn told another guest, before going quickly through the basics of the recipe. At a table across the way, Korie Boudreaux held her four-month-old daughter, Astraya Landry, as she celebrated her first Thanksgiving. In between, Erne Plessala and his dog, Sophie, relaxed amid the post-meal conversation.

Although at least 50 people had passed through the doors at E and E, there was still plenty of food left over for latecomers. The doors opened early at 1 p.m. for the dinner, with the bar officially opening at 3 p.m.

“I always say, ‘No one should be alone on Thanksgiving,” Zob Munnerlyn said. “We had a dinner for Christmas last year for the first time. We’ll probably do it again this year.”