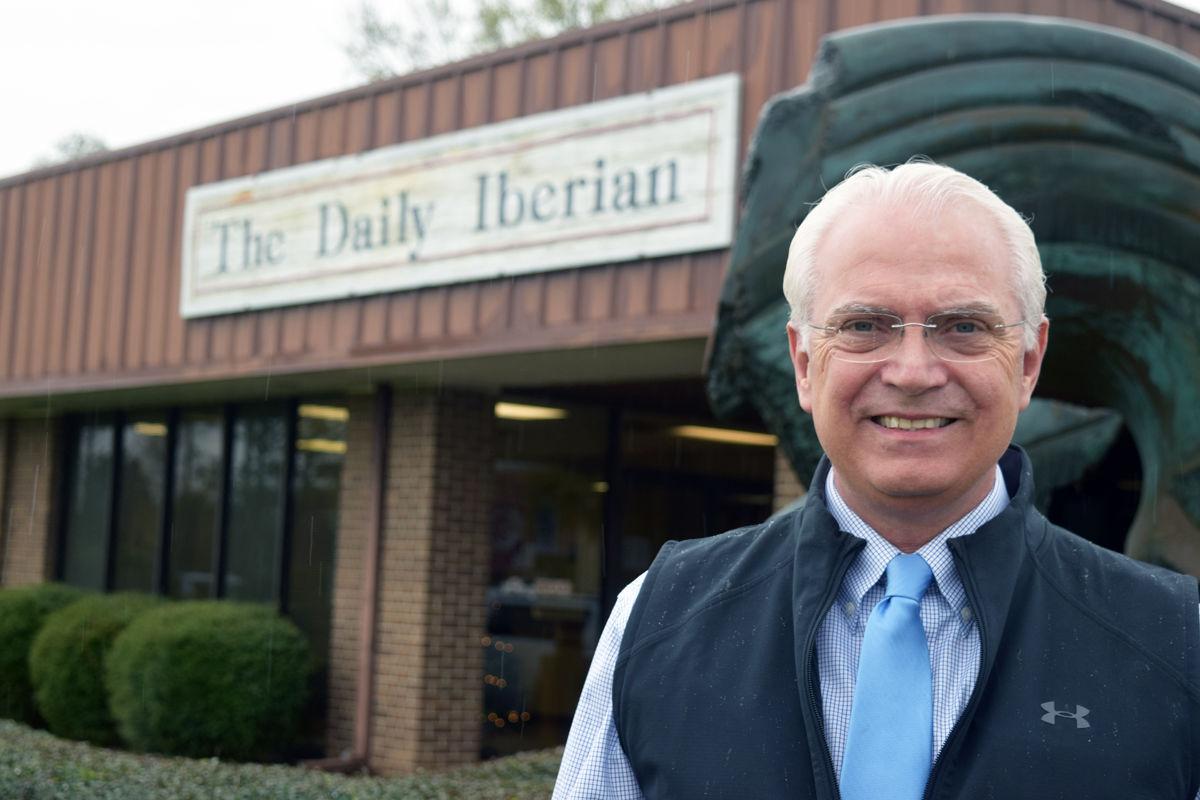 Erroll Babineaux, standing in front of The Daily Iberian office Tuesday morning, was chosen as the 2018 Citizen of the Year for his professional career and personal contributions to Iberia Parish. 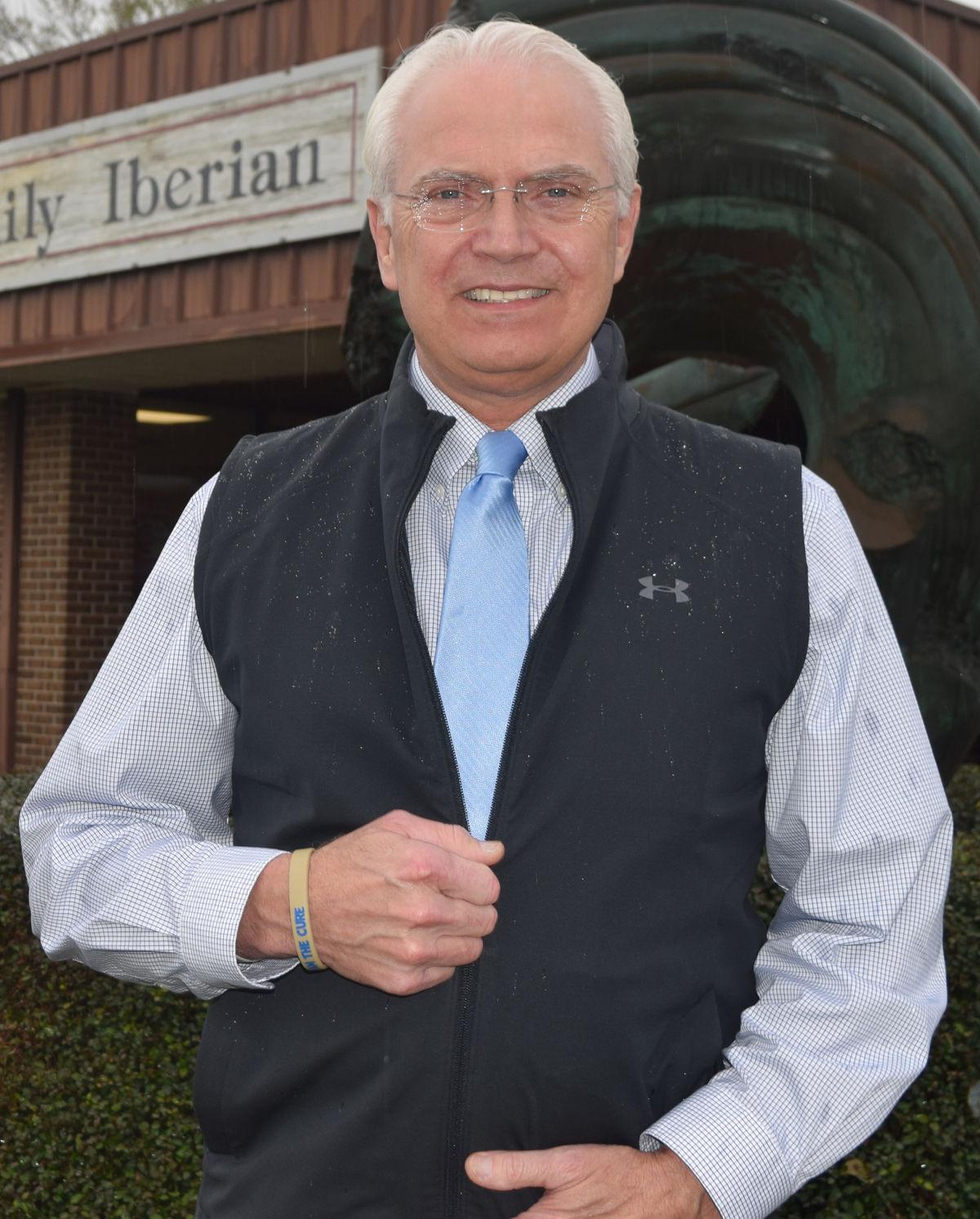 2018 Daily Iberian Citizen of the Year Erroll Babineaux, is Acadian Ambulance’s vice president of air services and has a long list of volunteer efforts to his credit in the area as well.

Erroll Babineaux, standing in front of The Daily Iberian office Tuesday morning, was chosen as the 2018 Citizen of the Year for his professional career and personal contributions to Iberia Parish.

2018 Daily Iberian Citizen of the Year Erroll Babineaux, is Acadian Ambulance’s vice president of air services and has a long list of volunteer efforts to his credit in the area as well.

Erroll Babineaux’s professional career has aided in serving Acadiana residents when they are at their worst, and when added to his personal commitment to making Iberia Parish a better place, it more than warranted his name being listed among the ranks of The Daily Iberian’s Citizens of the Year.

The New Iberia native serves as vice-president of air services at Acadian Ambulance, an industry in which he’s worked for the past 45 years.

During that time, Babineaux served as the first commercial pilot for Acadian in 1979, and has a litany of accomplishments that has helped Acadian become the pre-eminent ambulance service in southwest Louisiana.

For those reasons, as well as the long list of volunteer efforts he’s helped with locally, Babineaux was chosen as The Daily Iberian’s 2018 Citizen of the Year.

“The selection process for The Daily Iberian’s Citizen of the Year is always a daunting undertaking due to the high number of quality candidates that are submitted each and every year,” Daily Iberian Managing Editor Raymond Partsch III said. “That being said, after we reviewed the nomination submitted for Mr. Babineaux our task of selecting the right honoree this year was made far more easier.

“For generations, Mr. Babineaux has committed himself to the betterment of the Teche Area as he has been involved in everything from youth sports to law enforcement to serving on boards like the Airport Authority and 911 task force committee. Mr. Babineaux is more than deserving of this esteemed honor and we are thrilled to be able to recognize him this year.”

Each year since 1993, The Daily Iberian has selected a person, or sometimes a group, whose generosity and contributions to the community have stood out. The Citizen of the Year Award was inspired by the efforts of people in the Teche Area who rallied to help others in the aftermath of Hurricane Andrew in 1992.

For Babineaux, it all started with a part-time job he got while still in college at the University of Louisiana at Lafayette.

“I had two brothers that were pilots and would fly with them when I was a kid,” Babineaux said.

“We started with one helicopter in 1982 and now we’re up to 10 helicopters and seven airplants. We’re statewide. I still live in New Iberia but we have helicopters in Lafayette, Houma, Hammond, Lake Charles, Monroe, we’ve got a statewide network we operate.”

His career led him to earning a his commercial fixed wing, rotor wing and hot air balloon pilot licenses and endorsements. The latter he received “for fun” as a way to market his business.

“I cannot think of another individual in our community that has done as much as Erroll over the past 40 plus years and never once wanting any type of recognition for those things he thought would better our community,” Port of Iberia Director Craig Romero, who nominated Babineaux, said.

Apart from his daily job, Babineaux also has a long list of accomplishments in serving the local community. Babineaux said his commitment to public service started with coaching youth sports, but expanded to wanting to make Iberia a better place.

“I’ve just always done it,” Babineaux said. “It started with the little leagues and basketball leagues, coaching kids, and I really enjoyed that. If coaching paid anything I’d probably be in the coaching business.

Some of his volunteer efforts include being a past chairman of the Acadiana Regional Airport Authority, Iberia Parish Communications District, United Way of Iberia Parish and past president of multiple youth organizations and school boards.

He’s also been a member of the Acadiana Chapter of the Experimental Aircraft Association Chapter 1490 and the Aircraft Owner and Pilots Association.

More locally, he’s worked as a baseball and softball coach in Evangeline Little League, an effort that won him a state softball champion award. He was a 1993 National Little League Volunteer of the Year award recipient; a Boys and Girls Club basketball coach (league champions); an Iberia flag and tackle football association coach; a Pony/Colt baseball coach of state baseball champions; Past President of St. Edwards Parent Teacher Organization; a member of the Catholic High Booster Club; a member of the Bishop’s Charity Bal Patron’s Committee; a 25-year member of the New Iberia Kiwanis Club; Vice President of the American Heart Association; Chairman of the Iberia Parish E911 Task Force Committee; past chairman of the Iberia Parish Airport Authority; chairman of Louisiana Civilian Military Assistance to Safety and Traffic Committee; and a member of the Ushers Syndrome Foundation Fundraising Committee.

During his time on the E911 Task Force Committee, Babineaux was instrumental in bringing the first enhanced 911 system in the state to Iberia Parish.

“Lafayette was the first, but we were the first to have an enhanced 911 to where you called and it showed your name and address to the dispatcher,” he said. “We established the communications district to implement it. Once it was approved we got it done in about 11 months, which is like a speed race.”

One of Babineaux’s recent passions is working to help the fight against Ushers Syndrome, a disease that his grandson was born with.

For Babineaux, commitment to his family, community and job have all gone far and beyond expectations, meriting him the distinction of Citizen of the Year.

“Erroll Babineaux has involved himself in many, many community projects that all have to do with enhancing the quality of life here in Iberia Parish,” Romero said.

CITIZEN OF THE YEAR