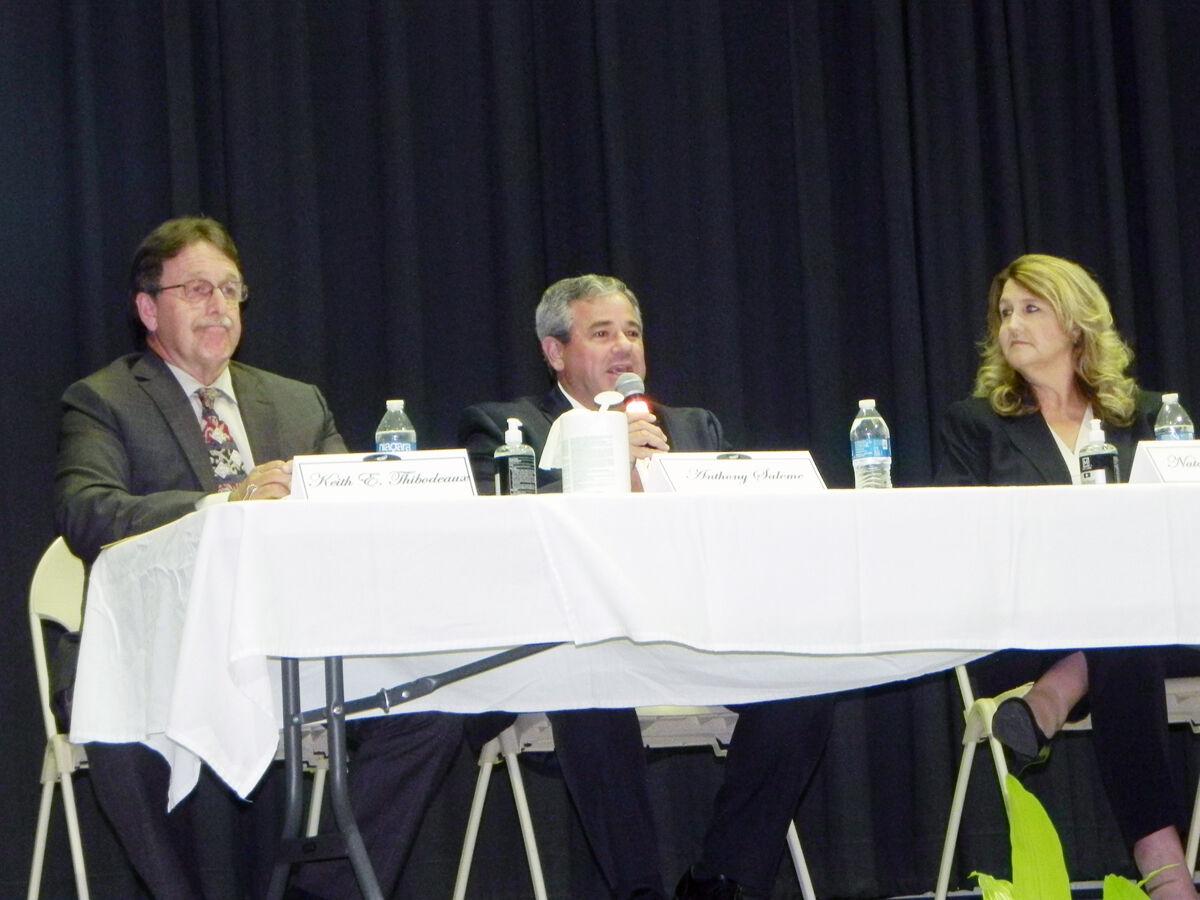 Keith Thibodeaux, from left, Anthony Saleme and Natalie Broussard, candidates for the District F judge's seat in the 16th Judicial District Court, took part in a forum on Oct. 5 sponsored by the St. Mary Parish Chamber of Commerce. 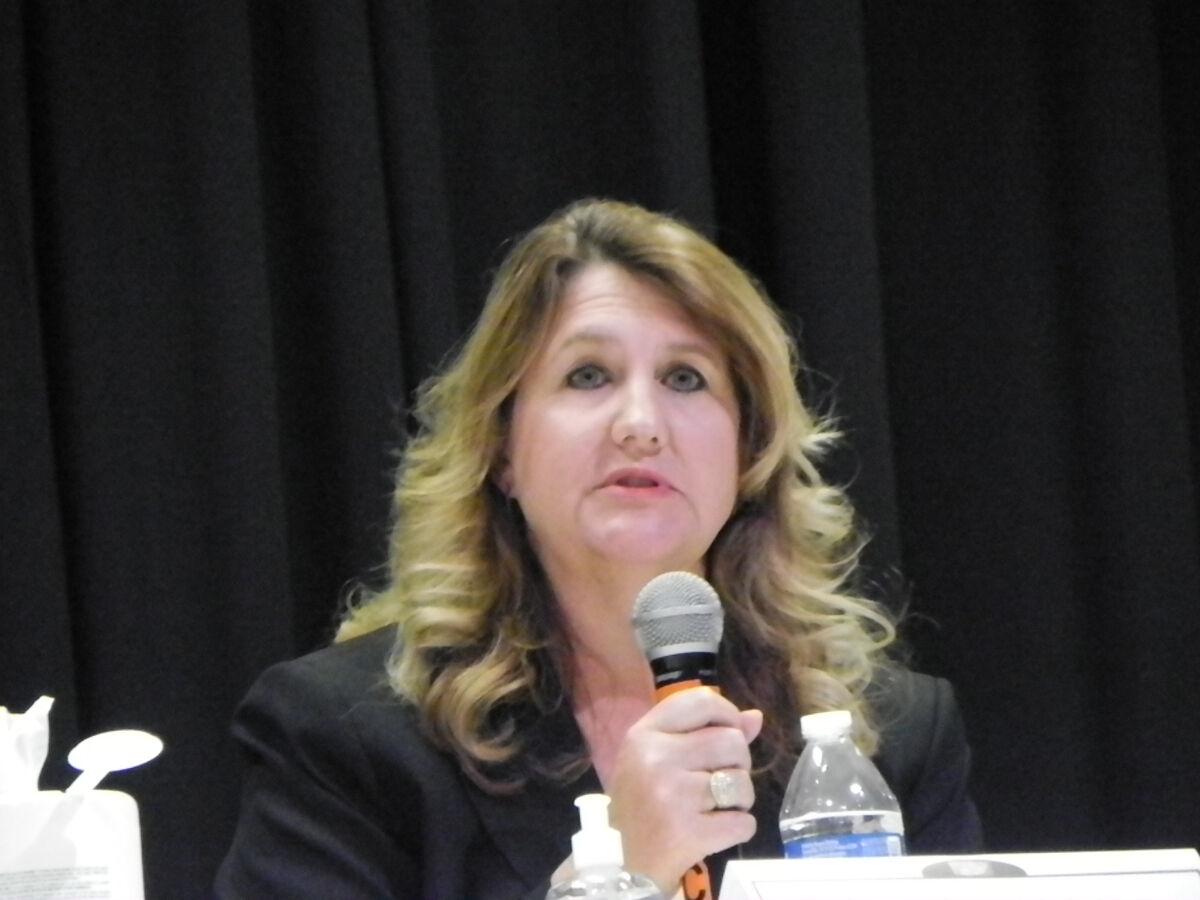 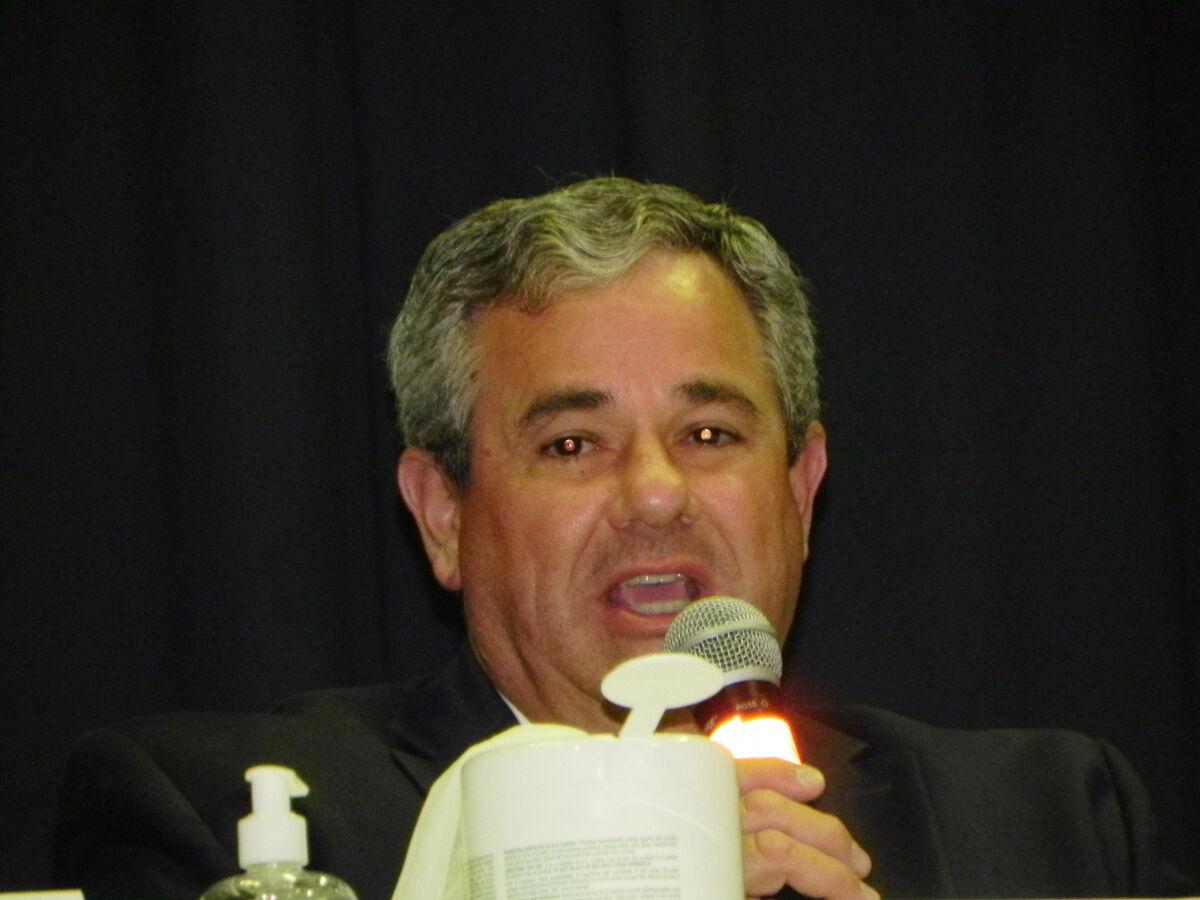 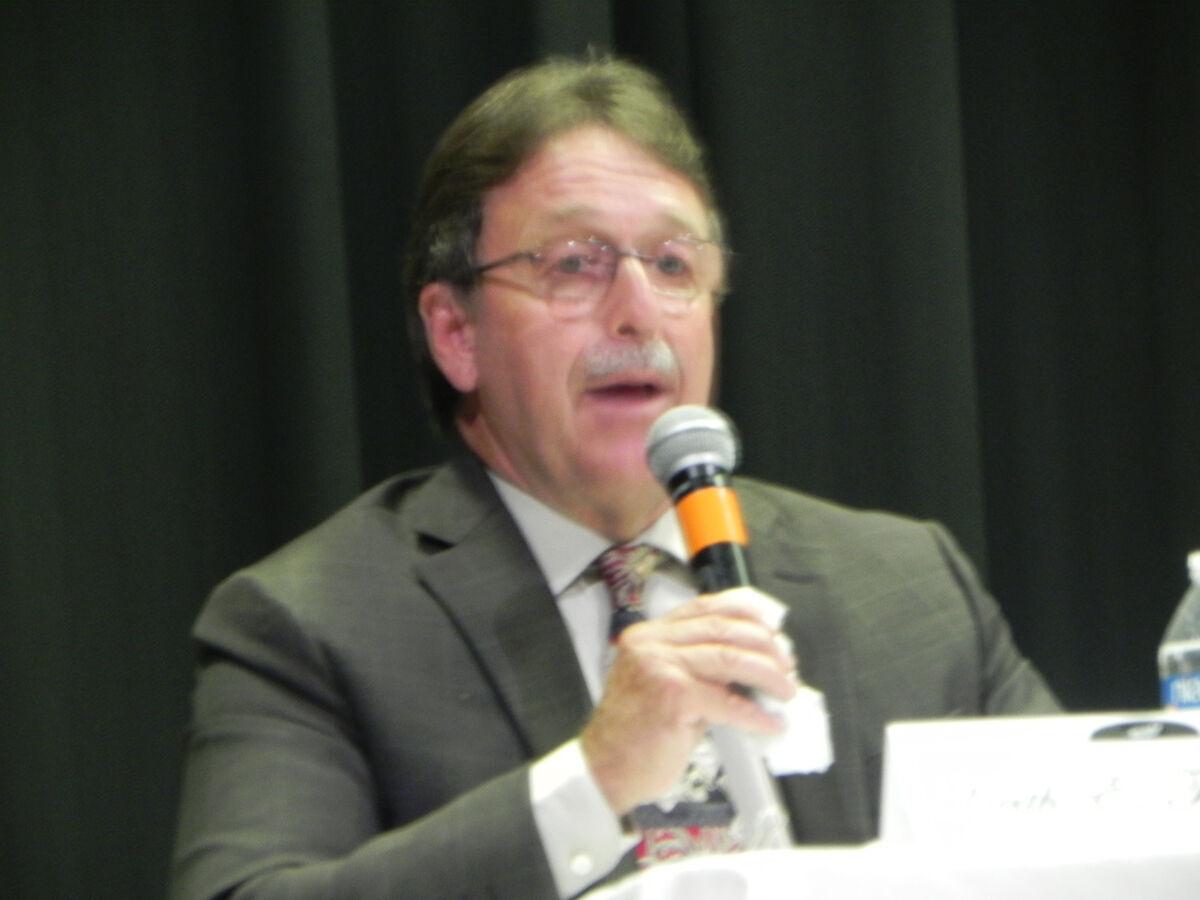 Keith Thibodeaux, from left, Anthony Saleme and Natalie Broussard, candidates for the District F judge's seat in the 16th Judicial District Court, took part in a forum on Oct. 5 sponsored by the St. Mary Parish Chamber of Commerce.

But while Natalie Broussard of New Iberia, Anthony “Tony” Saleme of Morgan City and Keith Thibodeaux of St. Martinville agreed on those concerns, each candidate touted their experience over their opponents during a St. Mary Parish Chamber Forum on Oct 5.

The candidates, all Republicans and all attorneys, are vying to replace Judge Greg Aucoin, who is retiring after his current term.

Broussard is the District 6 representative on the Iberia Parish Council, and Saleme is a prosecutor with the 16th Judicial District Attorney’s Office, jobs which each said has put them in touch with a myriad of people.

Thibodeaux said he is the “people’s candidate” because he is “a better listener,” touting 30 years of experience representing folks from all walks of life.

“My experiences in the courtroom show me that people often come in to the courtroom frazzled, and they need someone who will listen to them,” Thibodeaux said. “Each and every litigant deserves a right to be heard, and a judge must listen carefully, to make sound decisions based on what he has heard.”

Saleme said as a prosecutor, he believes fairness is lacking in the judicial system.

“Coming from the district attorney’s office as a prosecutor, I am uniquely qualified with that quality, because I have to make decisions that seek solid justice,” he said.

“People need to be able to talk and you have to be able to listen and see all sides of a case, and form an opinion with tunnel vision,” she said.

“As an attorney working civil and criminal cases, I have built the experience to see all sides of the issues.”

“Some holding facilities need to cooperate better, to give their attorneys time to visit. And some clients need to make more than one appointment with their attorney,” he said, to be thorough with the details of their cases.

He said there have been numerous situations where attorneys have asked him for more time because they have only met with their clients once or twice.

“People’s time needs to be respected,” she said. “Right now, you have cases that go on for years, and most of the time people come to court, only to be given a piece of paper that says come back with a new date.”

“This is not fair to either side of the case, and to employers who have to let their employees miss work in order to attend court.”

Broussard is also calling for a Mental Health Court to be created in the 16th JDC, with recurrent treatment for mentally ill patients.

“This will reduce prison costs — we don’t need all of these mentally ill people in jail,” she said, indicating that they need rehabilitation.

Thibodeaux said that there is such a back log of cases in the court, “justice cannot be served for the victims or the criminals.”

“It just doesn’t make sense that we continue to postpone and delay matters.”

“Substance abuse issues, for instance, clog our court system. We need to look for sentences that require longer time for rehabilitation inside of jail. This will relieve our docket.”

In further discussing reforms, Broussard said there needs to be equal access to justice regardless of someone’s financial ability.

“The 16th JDC can and must to better to help people, particularly grandparents in filling out forms, and making sure their relatives get the appropriate medical care, and advice.”

She suggested the 16th JDC begin some sort of specialized paralegal program, similar to how a Family Nurse Practitioner works under a doctor.

“Specialized paralegals could work under an attorney and cut a lot of red tape for the court system, before a case even arrives on the docket,” Broussard said.

Saleme said people need to be, “educated that there are alternatives to district court which are less expensive.”

“The hearing officers can resolve many disputes, which I believe is an efficient way to resolve issues and clear cases,” he said. “Let’s get them to help us unclog the system.”

The three candidates for the 16th Judicial District’s Division F judgeship were at the Rotary/Optimist luncheon Wednesday. When they were aske…