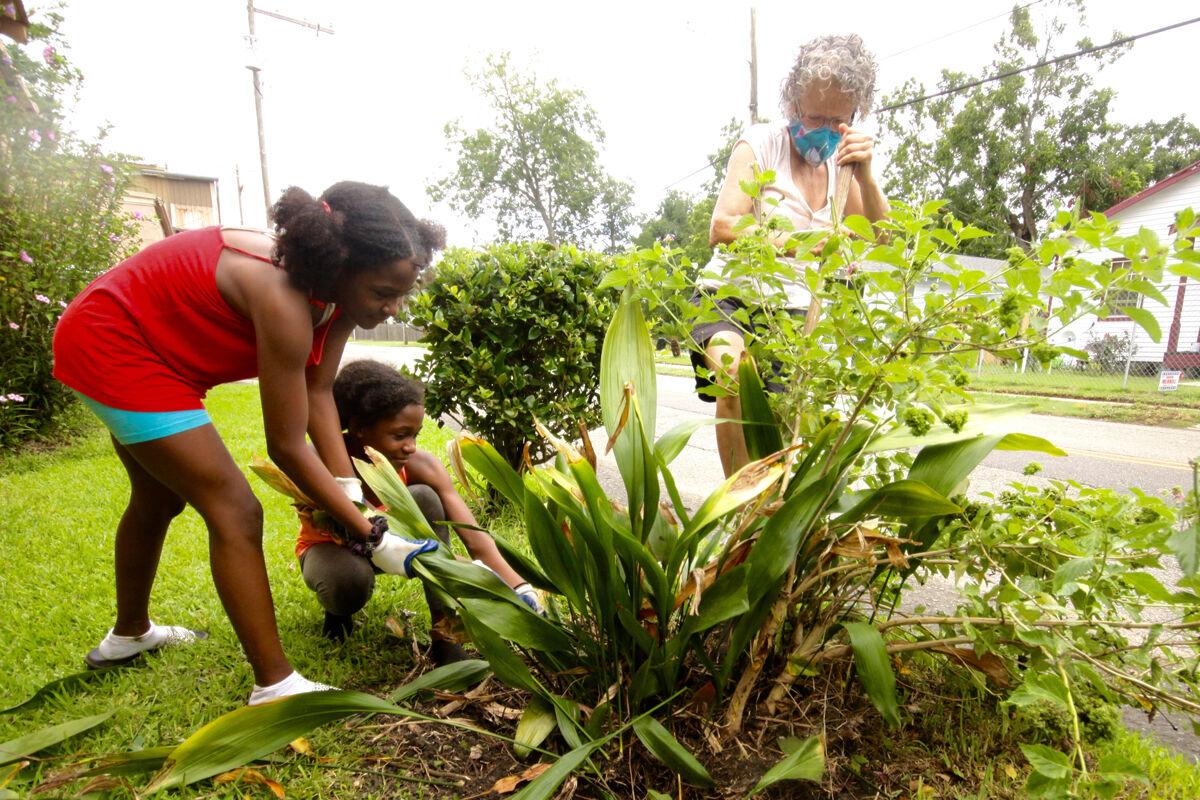 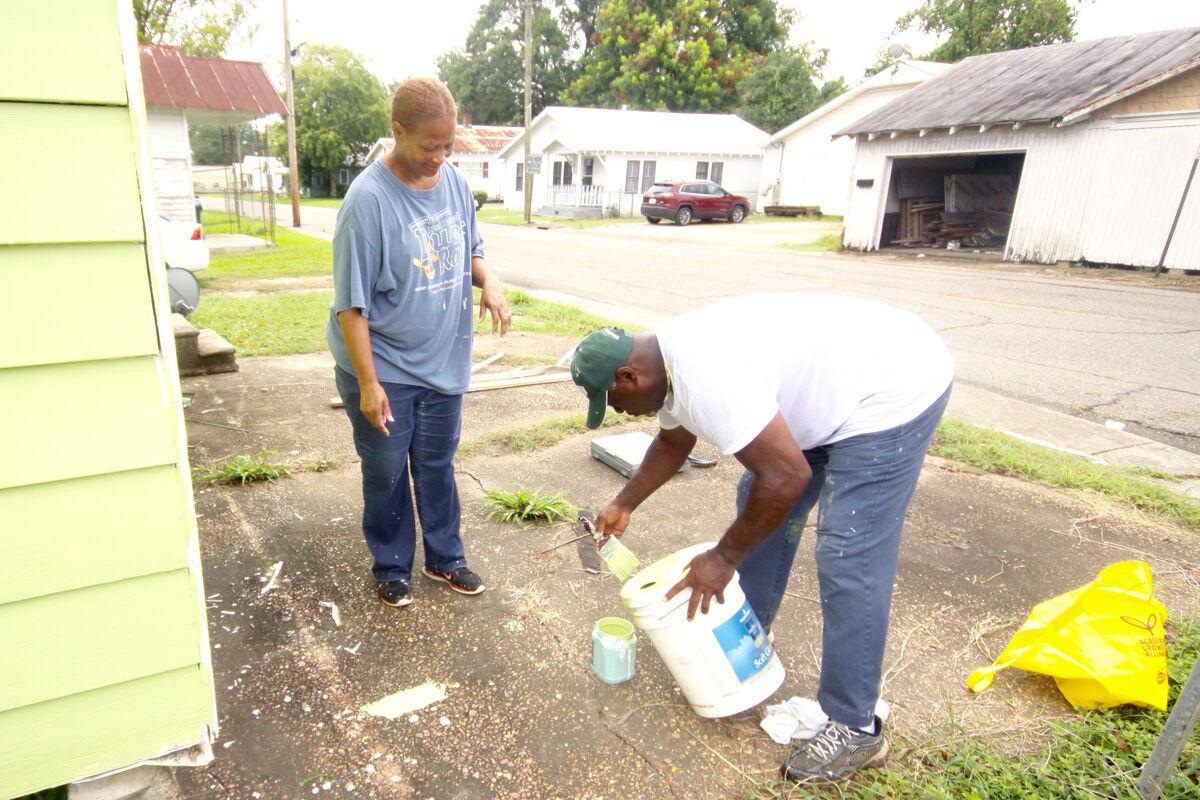 Raymond Bennet helping to pour out paint for one of the neighborhood volunteers helping paint and beautify houses in the Lil’ Brooklyn neighborhood. 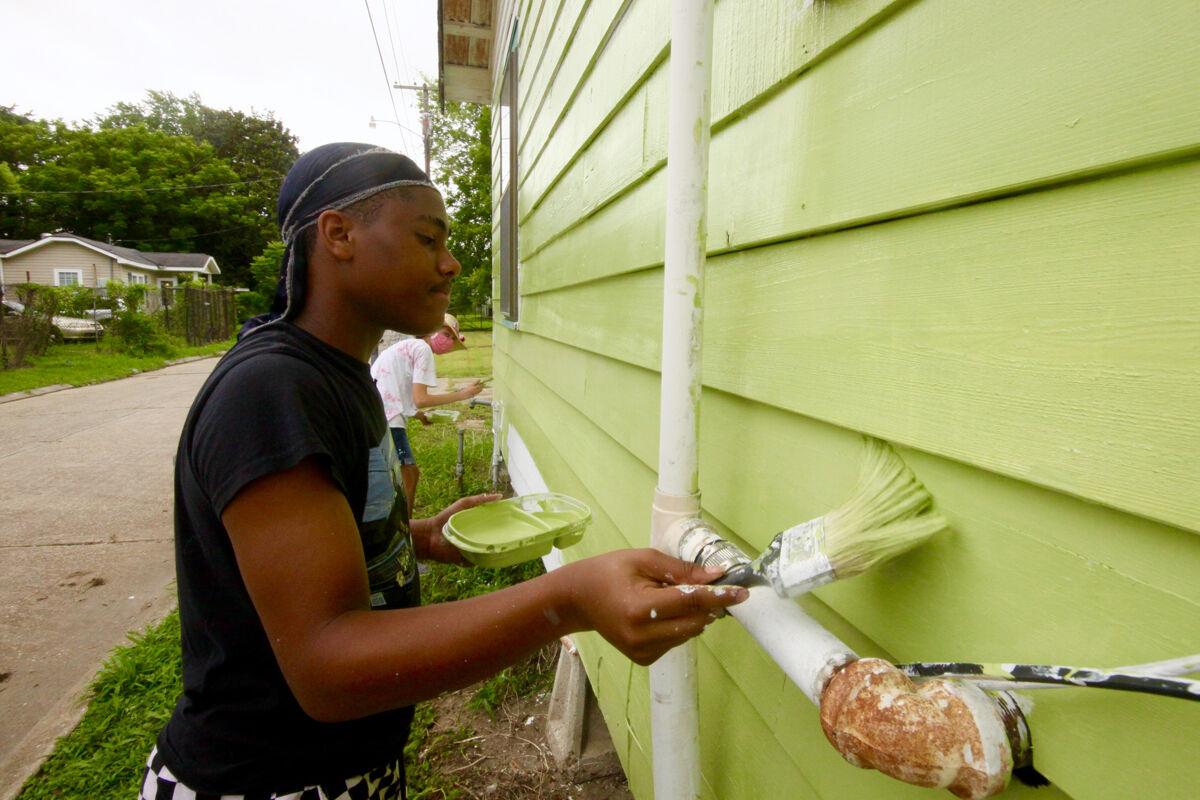 Jaqualin Washington helps paint a house at the corner of Henry and Johnson as part of a neighborhood revitalization program in Lil’ Brooklyn.

Raymond Bennet helping to pour out paint for one of the neighborhood volunteers helping paint and beautify houses in the Lil’ Brooklyn neighborhood.

Jaqualin Washington helps paint a house at the corner of Henry and Johnson as part of a neighborhood revitalization program in Lil’ Brooklyn.

Local designer Anne Darrah was walking down Henry Street three years ago when she met Ja’Nyalynn and Ja’Kyalynn Washington.

“They were the only people I knew there,” she said. “They liked to play with the dog, so we got to know each other.”

Now, she has met many more of the neighbors in the Lil’ Brooklyn neighborhood. In fact, she has served as a catalyst to kick off a project to beautify the area with a massive volunteer effort from the community.

Resident Raymond Bennett, who serves as an ad hoc supervisor for the work crews painting and landscaping up and down Henry Street, said he found out about the effort when a meeting was held at City Park.

“I went to a meeting in the park, and the next thing I know they were kicking something off,” he said gesturing toward a freshly painted blue house next door to his home. “At first they were just going to paint this house. I said, ‘Why just paint that house? Let’s paint them all, as long as we’re going for it.’”

The volunteers meet up on Wednesdays and Saturdays to keep moving forward. So far, the painting on two houses has been started, with landscaping underway at other homes on the street.

“It’s really a community effort,” Darrah said, leaning on the shovel she had been using to break up clumps of plants that had become overgrown. “I’m just a worker bee. They’re the ones who are doing the real work.”

Part of what she was able to bring to the table, though, was the ability to get funding for the material needed to complete the beautification projects. Reaching out to Bayou Paints, she was able to secure a donation of enough paint to do several of the houses. Thanks to the work of grant writer Tammy DiBiasi, funds were secured from the city of New Iberia and from the Main Street Association, as well as donations from several people in the community.

But the key to the project is the neighbors, the residents who live in the area. Originally known as Freetown, the Lil’ Brooklyn community consists of several streets, often shortened by dead-ends, cross streets or alleys, including Henry, Hortense, Reedom Alley, Johnson Alley and Rosier.

On Saturday, a dozen people worked at various tasks up and down Henry Street near the intersection with Johnson Alley. A crew of eight were working to apply a bright green coat of paint to one home. Across the street, Darrah and her two helpers, Ja’Nyalynn and Ja’Kyalynn, dug up plants that had become crowded and overgrown, moving some to other places, offering some to other volunteers and repositioning those that were going to be replanted. On the other side of the house, another team was working in the front yard.

Across the street, Bennett was taking a break while keeping an eye on all the various moving parts, stepping up when needed to help pour paint or handle quality control.

“See those white spots?” he said to one of the painters. “You have to make sure to get that.”

“He’s the supervisor because he is very efficient,” Darrah said.