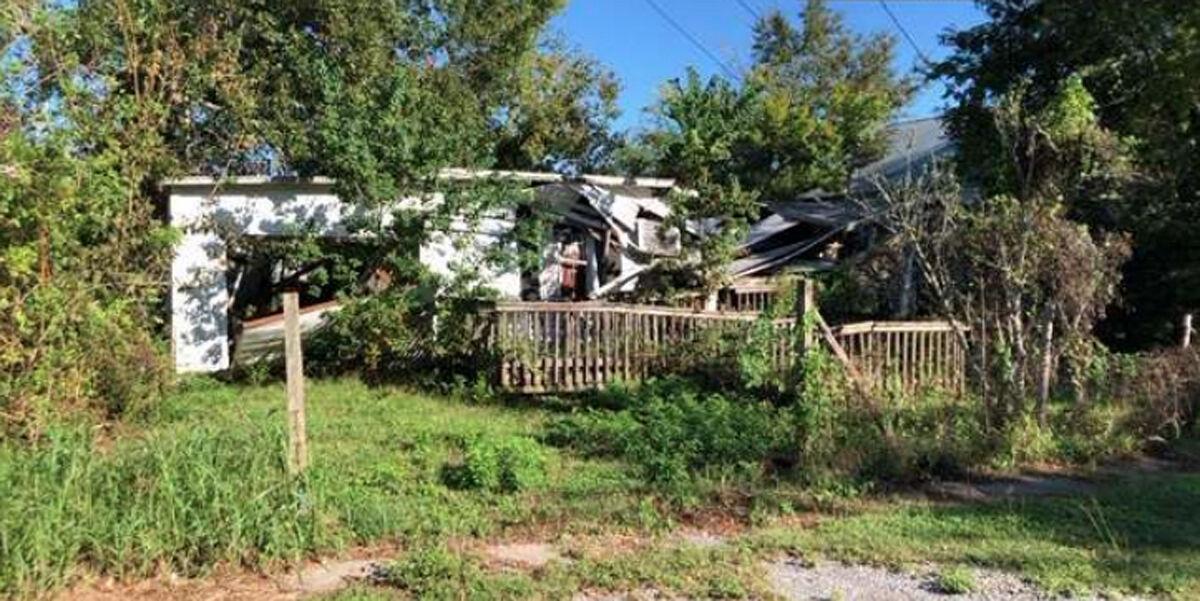 This house on West Washington Street in New Iberia is in the process of falling down, according to Mayor Freddie DeCourt. Two homes on the same property, at 413 W. Washington and 314 W. Washington, are among 14 blighted or dilapidated houses set to be demolished after approval by the City Council at last week’s council meeting.

The house at 1517 Adam St. has drawn complaints from neighbors because of its dilapidated state. 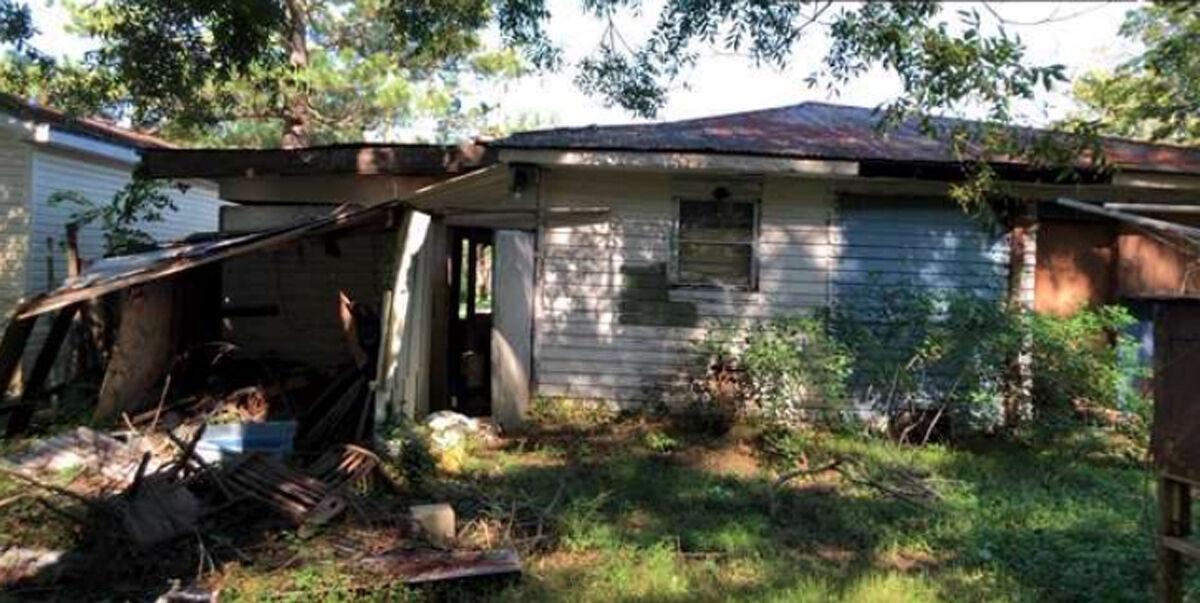 The house at 503 Bayard’s back end is falling down, property inspector Jimmy Landry told the City Council.

The house located at 520 Caudron has holes in the roof and has seen trespassers using extension cords from a nearby park to power the home while they are staying there, the city council was told at its meeting this past week.

The mobile home at 118 Hortense is in the process of falling apart, the city council was told.

The house at 809 Mixon has no siding on it and no electricity or water connected to it. 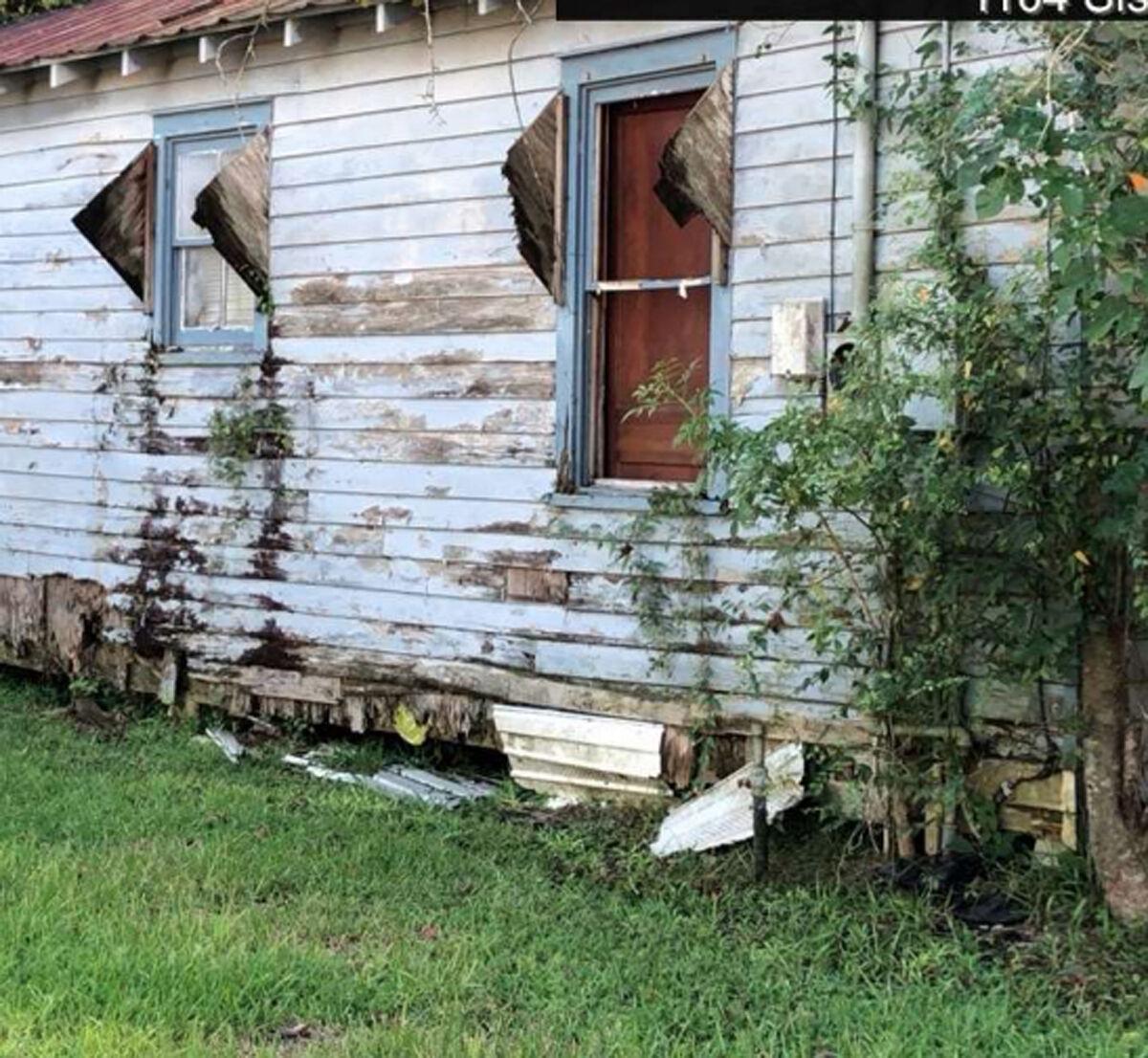 The house at 1104 Sis is full of mold and the back door is open.

The first batch of 14 blighted or dilapidated houses set to be demolished were approved for public hearings at last week’s New Iberia City Council.

The council inspected the state of seven houses at the meeting that were said to be in a dilapidated or dangerous condition. Each of the structures were approved as blighted, and notices are in the process of being sent to the owners of each property. If the owners do not respond, the council will vote on their demolition after a public hearing on Jan. 5. If they do show up, however, the council traditionally attempts to work with the owner to get the houses in safe conditions.

This house in District 3 has two sheds in the back of the property, with siding missing on the side of the house. District 3 Councilman David Broussard said eight or nine residents have complained about the house, especially a big hole on the side that is “not nice.”

This house, located in District 4, has a back end that is falling down. The home is also open “through and through,” according to property inspector Jimmy Landry.

This house, also in District 4, has holes in the roof and moisture has already set in. It was also said that some are entering the house and using extension cords to the nearby park for electricity. Trespassers have even been known to hang clothes on the fence of the house while staying in the structure.

This mobile home, located in District 6, is in a dismal state and is clearly in the process of falling apart. District 6 Councilman Dustin Suire said the mobile home “needs to come down.”

This house, located in District 2, has no siding on it. Building inspector Jimmy Landry said the house is totally exposed with no insulation, electricity or water coming to the house.

This house is also in District 2. It is full of mold, and the back door is open.