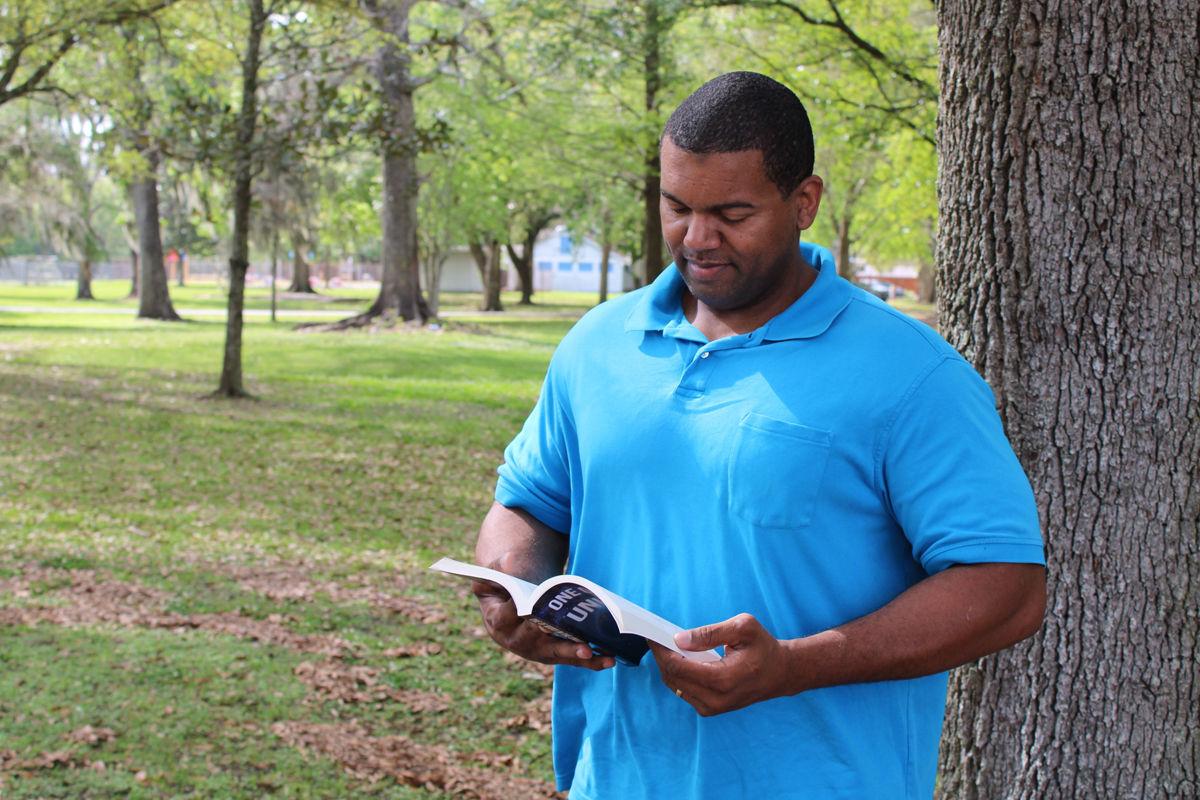 New Iberia police officer Isaiah Rochon recently wrote his first book, ‘One of Many in the Universe.’ A resident of Maurice, Rochon enjoys story telling and creating something new and fresh. 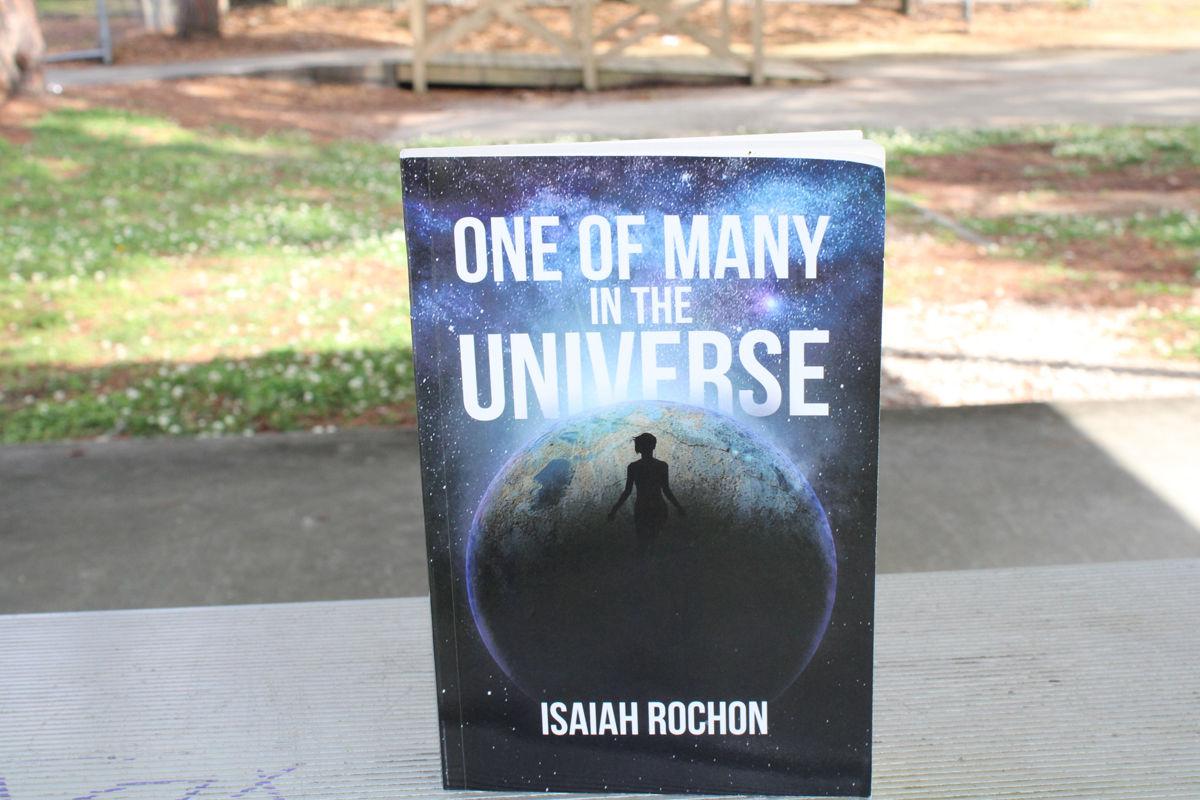 Isaiah Rochon’s book ‘One of Many in the Universe' was released in December of 2019.

New Iberia police officer Isaiah Rochon recently wrote his first book, ‘One of Many in the Universe.’ A resident of Maurice, Rochon enjoys story telling and creating something new and fresh.

Isaiah Rochon’s book ‘One of Many in the Universe' was released in December of 2019.

Isaiah Rochon would sit in class in New Orleans and imagine himself one-day creating art like so many of his inspirations before him.

Now as a New Iberia police officer, Rochon, 42, wanted to make that dream into a reality by creating his 2019 book “One of Many in the Universe.”

“I had an interest in writing after I was given writing assignments in high school,” Rochon said. “I was like, ‘Hey, I can do this,’ and I always had a fairly vivid imagination.”

“You see what comes from a product when you go to the movies,” Rochon said. “You can go to a classroom and see how those ideas are developed or you can see the final product and you get an education on entertainment by basically watching it.”

Rochon never feared he would be unable to create something that others can enjoy.

Though Rochon enjoys law enforcement and said it is something that is in his nature, he said certain aspects of the job may steer him into doing something else.

“I can do this job until the point of retirement and it can be a lifelong career for me, but if there is something you have a greater talent to do, you should be pursuing it,” Rochon said.

And with the hardships that come with law enforcement, Rochon, a New Orleans native, was proud of what he was able to do when he put pen to paper.

He is proud of the work he was able to do with an idea he came up all by himself.

“I wrote this book, and it’s absolutely amazing,” Rochon said.

His science fiction epic depicts Earth as one of many planets bearing intelligent life and deals with what and who lies beyond. The populace of the first world to develop intelligent life sees advancements in technology that allows the inhabitants to create strong, durable, long-living bodies, designed to contend with the harsh conditions of space travel.

Disputes arise when one of the planet’s citizens decides that despite all they have seen in the universe, their planet should develop weapons for defense against potential unknowns.

Most oppose that idea, believing that any people from other planets who develop enough technologically to travel through space to their planets must do so by similarly peaceful means.

Rochon’s book tackles a question humans have been dealing with for centuries — what would life on a perfect planet be like? According to Rochon, everyone would love each other and there would be no need for law. It also deals with how the planet deals with potential hostility from other worlds.

“It’s terrible that people can’t just love each other,” Rochon said. “You always need someone to come in with guns and muscles to keep people in line from chaos in society.”

It’s something Rochon has done for all of this adult life, which is where he drew inspiration for his book.

When he started writing the book some five or six years ago, initially, from pen to paper, it looked completely different from the finished product.

He is still amazed of what it became when the final story was written.

Rochon said he would equate the writing process to a redwood seed — as you would plant it, it grows and becomes a massive product.

“Like, how was all that in here?” Rochon said, pointing to his temple.

Rochon said the passion for storytelling, or talent, is something he can’t really explain.

“Why is Micheal Jordan better than everyone else on the basketball court?” Rochon said. “Like I said, you watch entertainment and it gives you an education on entertainment.”

After watching the same story over and over, Rochon wanted to do something different, something new and fresh. Real-life questions answered

“What if you told someone they were doing something destructive — would they stop?” Rochon said. “It’s nearly impossible.”

The book, according to Rochon, is not about good versus evil, it’s about how you can go about fixing the problem set. It’s a idea he connects to working in law enforcement.

Though he is waiting to see how well his book sells before he decides whether to write another, Rochon, who says he’s lived a normal life, knows his work will be with him forever.

“I have created something absolutely spectacular,” Rochon said. “We see these stars in the world, they just had opportunities to do things they are good at, and that’s all I need, is an opportunity.

Rochon said all he needs is for someone to look at his work and they will see for themselves.

Give me a chance, give me a shot and see for yourself,” Rochon said.

“One of Many in the Universe” is available for purchase at Books-A-Million, Walmart and Amazon