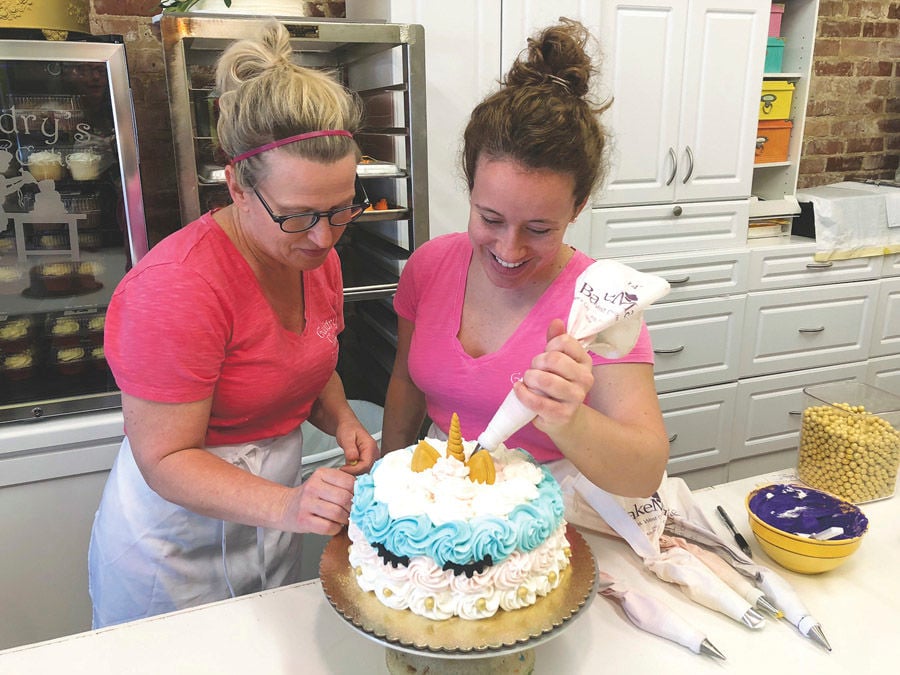 Cimi Guidry Saunier, left, and her daughter Madison Saunier put the finishing touches on a unicorn cake picked up Tuesday at Guidry’s Cakes on Main Street. 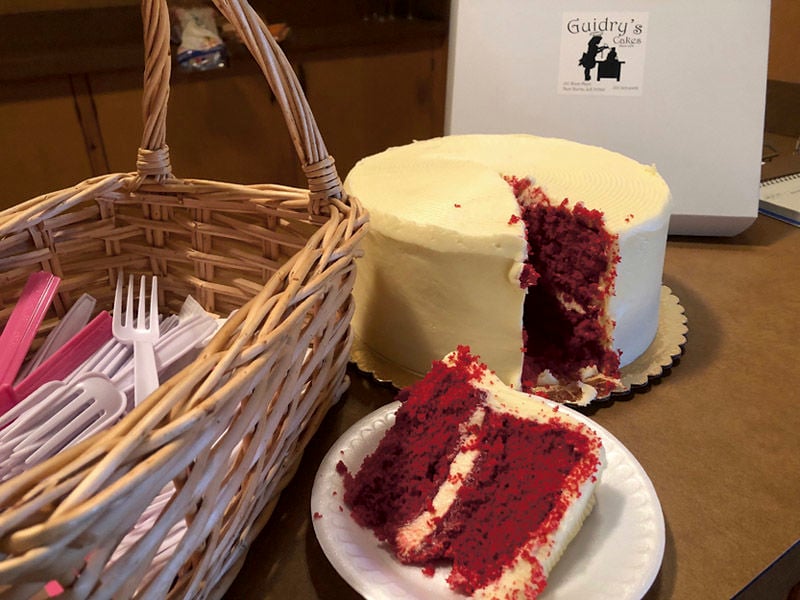 The moist and creamy red velvet cake is one of the most popular purchases at Guidry’s. 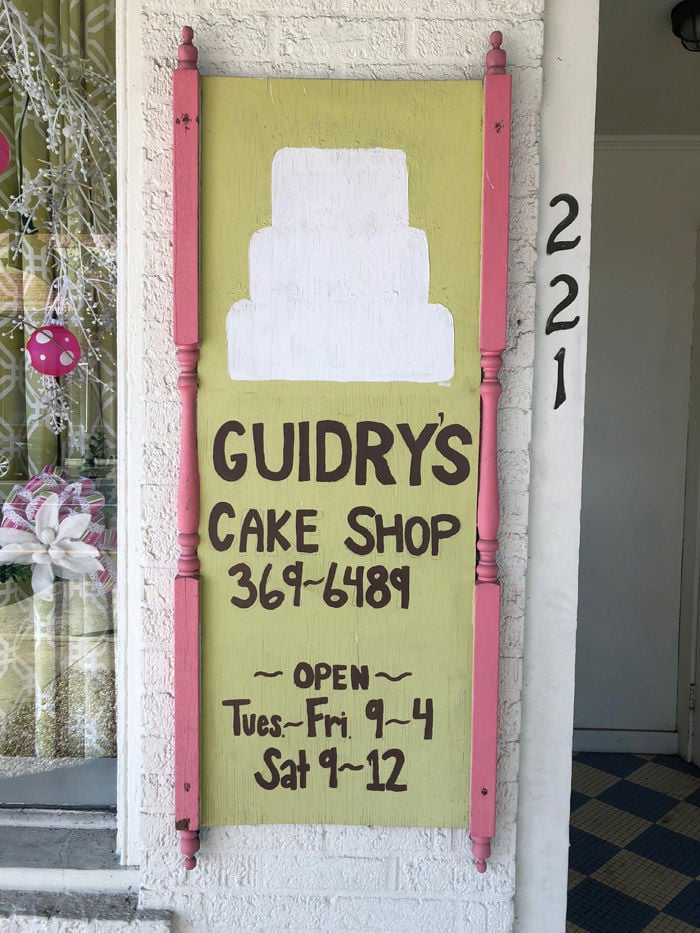 The (221) Main Street bakery has been owned by the Guidry’s family since 1976. Previous owners ran the bakery in New Iberia 50 years. 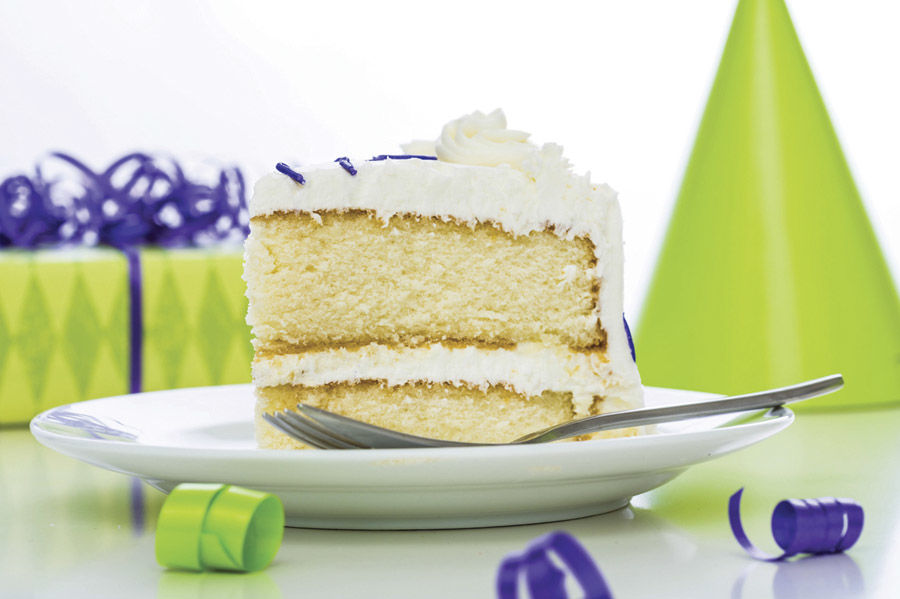 Try this yummy looking cake for a gluten-free diet. 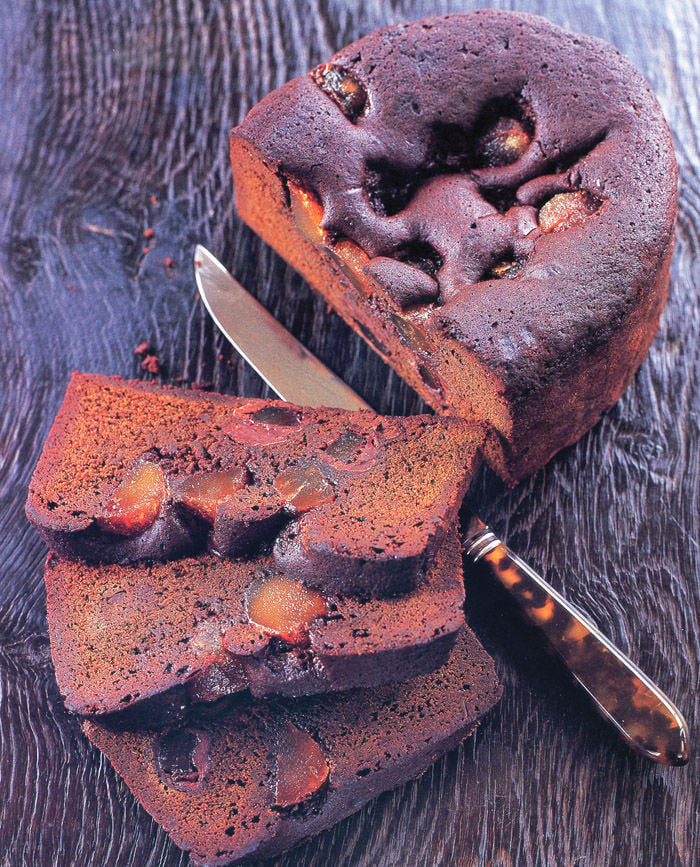 Cimi Guidry Saunier, left, and her daughter Madison Saunier put the finishing touches on a unicorn cake picked up Tuesday at Guidry’s Cakes on Main Street.

The moist and creamy red velvet cake is one of the most popular purchases at Guidry’s.

The (221) Main Street bakery has been owned by the Guidry’s family since 1976. Previous owners ran the bakery in New Iberia 50 years.

Try this yummy looking cake for a gluten-free diet.

Residents who have seen the Lifetime Channel movie “Christmas in Louisiana,” shot this summer in New Iberia, will recognize faces and places. One business owner was genuinely surprised when the middle-aged couple on a date on Main Street, suddenly said, “let’s get cake at Guidry’s Cakes.” Cimi Guidry Saunier is the second generation owner of the now famous cake shop, her daughter Madison Saunier working by her side, is the third. Christmas is one of the times we think of sweets, but they’re carrying on a much longer legacy.

How did you get involved with “Christmas in Louisiana”?

We didn’t. We were watching it and waiting to see who we might recognize in the background, what businesses, and there we were — second dessert — at Guidry’s Cakes, instead of dinner out. We were surprised, but happy. There were other places mentioned, too.

What is the Christmas season like as far as cake sales?

We sell as many birthday cakes as we do Christmas cakes. Everyone feels the same way if a baby has been born in December, you can’t slight the birthday celebration just because it’s Christmas. My mother’s birthday was Christmas Eve and we always had a birthday cake for her. I don’t know how many we’ll sell during the Christmas holidays, but during the Wednesday, only, before Thanksgiving, more than 140 cakes went out of here.

How old were you when you started working in the bakery?

I was 7 years old. I grew up in the bakery. I didn’t always plan on staying here. I went to college studying dental hygiene. But when baking is your background, you come back to it.

How long have you been managing Guidry’s Cakes?

Twelve years, right after my mother passed away. She bought the bakery and the recipes from the previous owners who had the shop for 50 years. Mom’s name was Gladys Guidry. I still use the original recipes. Most of the pans, tools and the oven were all things she bought in 1976 from the original owners. That’s why the cakes are so good, they are truly homemade.

Since you inherited the scratch recipes, how would you rate your cakes?

Some people consider opening a box and adding eggs as scratch. We really are scratch cakes. We’ll use 80 dozen eggs a week. When we travel, we always try other bakeries to learn from and compare to our cakes. Las Vegas, California, all over the U.S., we’ve found some that are good, but no better than Guidry’s in New Iberia. We’ve had customers tell us we should move to a bigger city, but why? This is our home. We have one man who flies regularly into New Iberia in his private plane and always leaves taking a Guidry’s Cake home with him.

What is your favorite kind of cake, or the most popular?

Red velvet cake by far, is our most popular. My favorite to personally eat is plain cake, without all the fancy decorative frosting. I think a cake with simple frosting has to stand on its own with flavor, not just because it’s pretty. Decorations are fine, but the taste is what matters and creates the memory.

The holiday season is synonymous with many things, including family gatherings, shopping, elaborate lighting displays and Santa Claus. For foodies, this time of year is the perfect opportunity to indulge one’s love of baked goods.

Between office parties and gatherings with family and friends, it’s hard to avoid baked treats come the holiday season. Perhaps no baked good is more closely linked to the holidays than gingerbread, an indulgence many people enjoy only around Christmastide. Holiday hosts, or those who want to bring a dessert to their next holiday gathering, can whip up this recipe for “Sticky Chocolate Gingerbread” from Maxine Clark’s “Chocolate: Deliciously Indulgent Recipes for Chocolate Lovers,” published by Ryland, Peters & Small.

Where there once was a dearth of gluten-free foods just a few years ago, today many mainstream retailers have entire aisles filled with gluten-free offerings. And people who used to eschew various baked goods, including breads and desserts, now have many options at their disposal.

A gluten-free diet requires avoiding flours made from wheat, barley and rye. In such instances, people can choose from flours made from rice, tapioca starch or potato starch. Some carefully tested and blended flours use a combination of various flours to produce just the right consistency.

For those who desire a traditional golden cake, try this recipe for “Gluten-Free Yellow Cake” courtesy of King Arthur Flour.

A pinch of salt

Preheat the oven to 325 degrees. Grease and line the base and sides of the cake pan with nonstick parchment paper. Put the molasses in a pan and heat gently until hot, but do not allow it to boil. Remove the pan from the heat and add the chocolate. Stir until melted. Sift the flour, ground ginger and salt together in a bowl. Add the stem ginger and toss it around in the flour until every piece is coated. Using an electric mixer, cream the butter and sugar in a large bowl. Beat in the eggs, then the molasses and chocolate mixture and finally the flour mixture. Dissolve the baking soda in the milk and gradually beat this into the batter. Pour into the prepared cake pan, scatter with the crystallized ginger, if using, and bake for 45 minutes. Reduce the oven temperature to 300 F and bake for another 30 minutes. (If using the oval pan, cook for about 45 minutes at the higher temperature, then about one hour at the lower temperature, as it will be deeper.) A metal skewer inserted into the center should come out clean. Let cool for five minutes in the pan, then turn out onto a wire rack and let cool completely. When cold, store in an airtight container for at least a couple of days to mature and become sticky. Don’t worry if it sinks a bit in the middle - this is normal. Makes an 8-inch cake.

Preheat the oven to 350 F. Lightly grease two 9-inch round cake pans. Whisk together the flour or flour blend, xanthan gum and Cake Enhancer, if using. In a separate bowl, use an electric mixer to beat together the sugar, soft butter, salt, baking powder, and vanilla for 45 seconds at medium-high speed, until smooth. Scrape the bottom and sides of the bowl. Still using the mixer, beat in the eggs one at a time; the mixture should become quite fluffy. Scrape the bottom and sides of the bowl again. Continuing to use the mixer, mix in the milk, at low speed, alternately with the dry ingredients, adding about 1/3 of each at a time, and ending with the dry ingredients. The batter will look curdled after the milk addition; that’s okay, it will come back together once the final addition of flour has been mixed in for 30 to 45 seconds. Scoop the batter into the prepared pans. Bake the cake for about 32 to 36 minutes, about 3 to 4 minutes past the point where the cake springs back when touched lightly in the center, and a cake tester (or toothpick) inserted into the middle comes out clean. The finished cake’s internal temperature should be 210 degrees. Remove from the oven, and cool for 5 to 10 minutes before turning out of the pan to cool on a rack. Top with desired frosting, berries, whipped cream, or caramel drizzle. Yield: Two 9” cake rounds.

Note: You must use a stand mixer or electric hand mixer to prepare the batter. Mixing by hand will not do a thorough enough job.