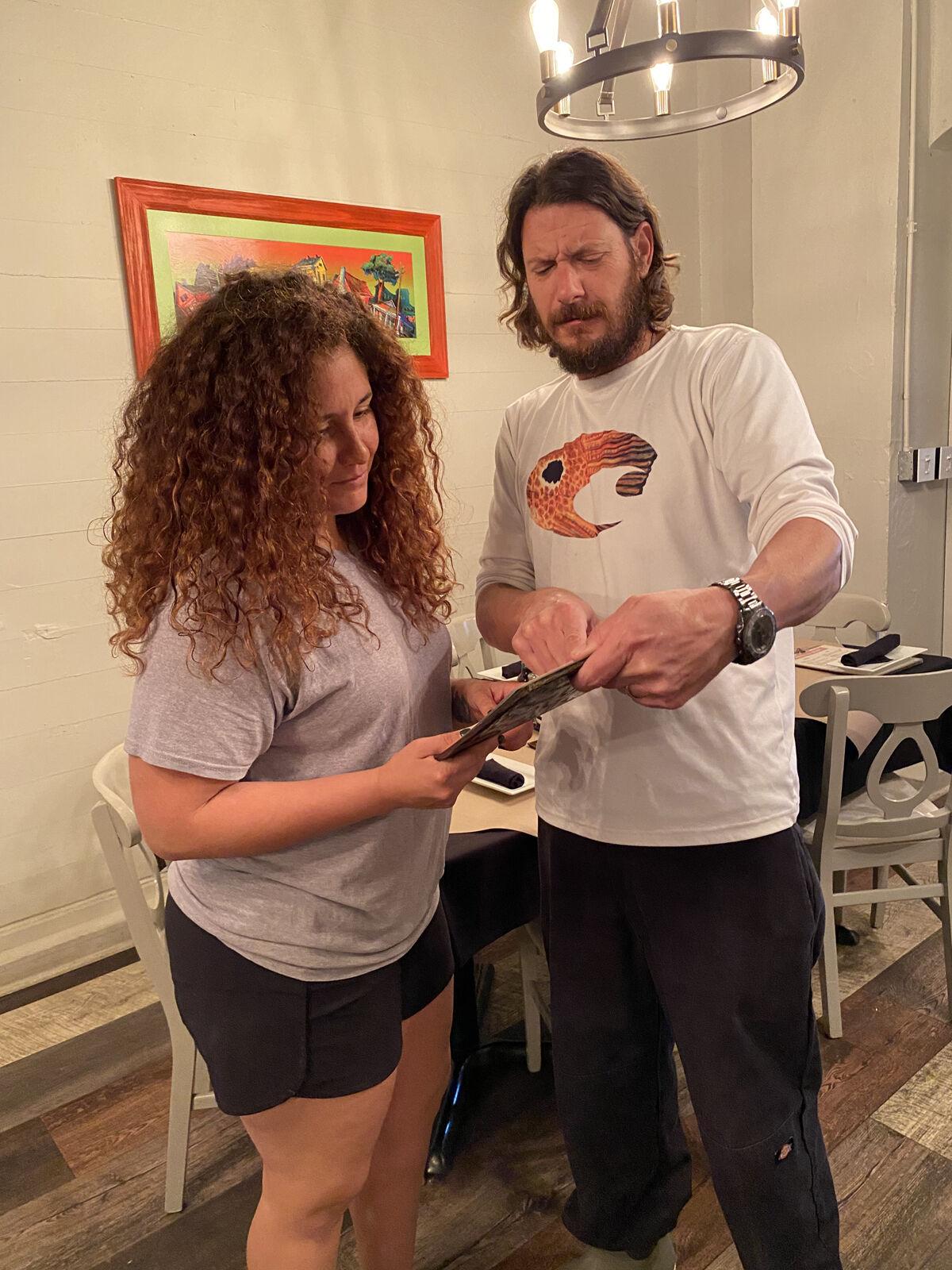 Matt and Alexis Indest review menu selections. The two have 17 years of experience in the restaurant industry and are attempting to win the delectable, bipartisan prize as part of the James Bear Foundation Award. 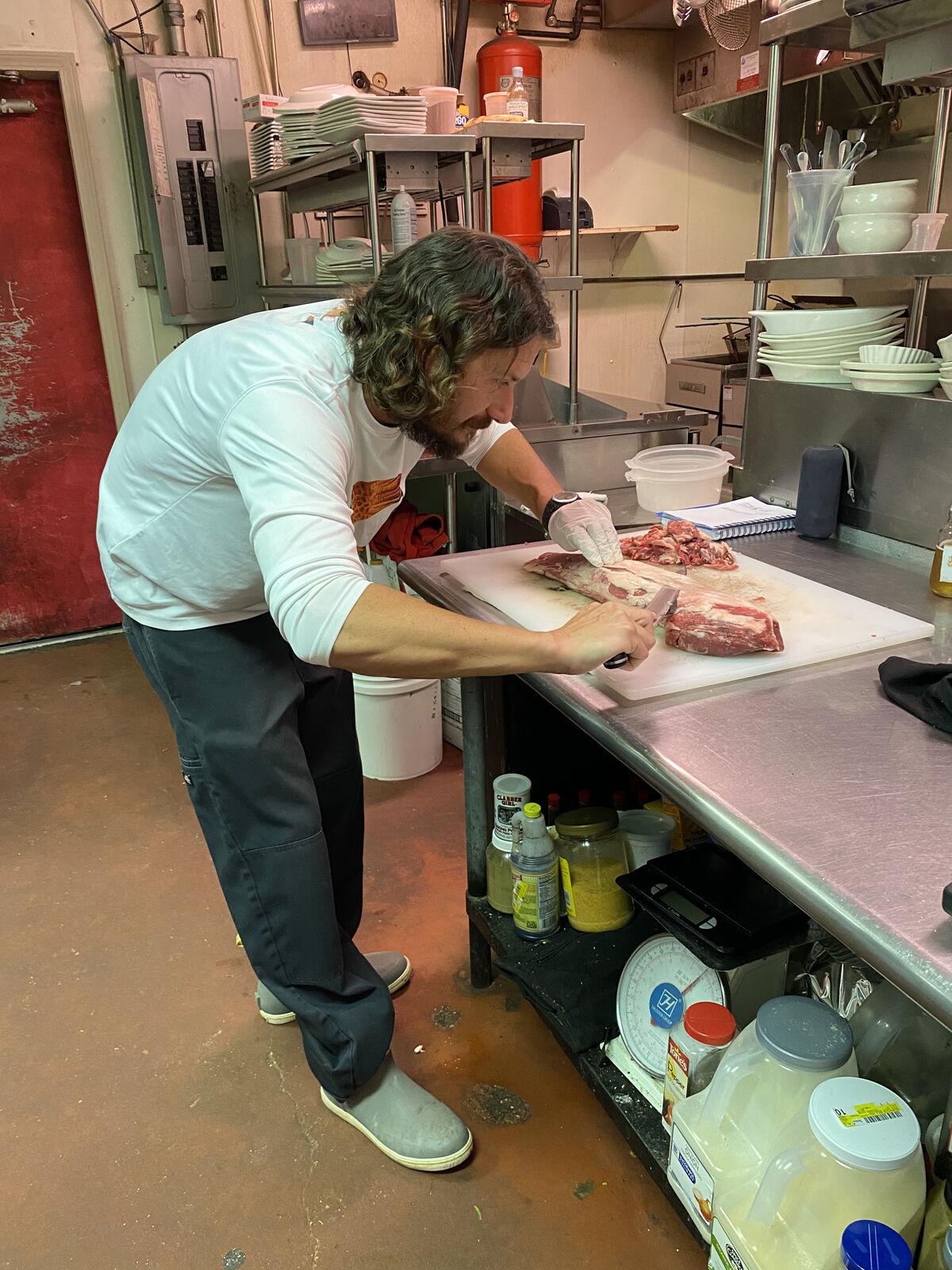 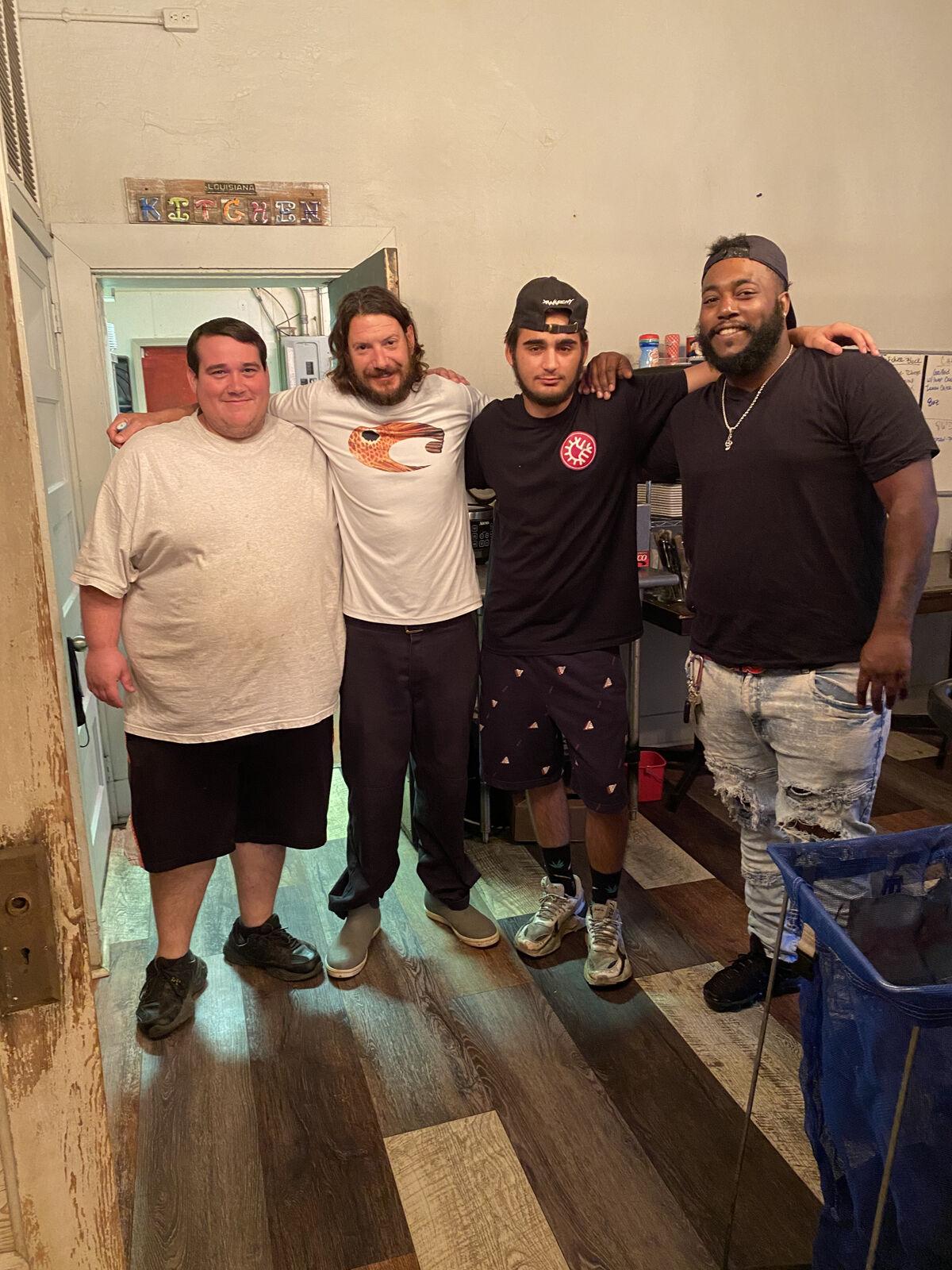 Matt and Alexis Indest review menu selections. The two have 17 years of experience in the restaurant industry and are attempting to win the delectable, bipartisan prize as part of the James Bear Foundation Award.

of Preservation Bar and Grill in New Iberia have 17 years of cooking experience together and now they're teaming up again, this time, for a prestigious prize: a James Beard Foundation Award.

Established in 1986, the James Beard Foundation was established to recognize aspiring food professionals and promote the American culinary tradition created by Beard. These annual awards, instituted in 1990, and announced around Beard’s birthday on May 5, recognize chefs, restaurants, authors and journalists.

With the Foundation’s commitment to excellence, stainability is valued, and equity and diversity within the food industry is promoted.

There are many categories in the competition for a James Beard award. Some of those are for Outstanding Chef, Best New Restaurant, Rising Star Chef, Outstanding Baker, Pastry Chef, Restaurateur, Outstanding Service and others such as Outstanding Wine, Spirits or Beer Professionals.

In 2016, the well-known chef Leah Chase, co-owner of Dooky Chase’s Restaurant in New Orleans, won a James Beard Foundation Lifetime Achievement Award. This prestigious award is given to an individual whose lifetime body of work has had a positive and long-lasting impact on the way we eat, cook, and think about food. Chase was known not only for her award-winning Creole cuisine, but also for her unmatched hospitality, love of community and her fight for equality. She was the first African-American woman to receive such an award.

Other James Beard Foundation awards include the Zero Footprint Award. This award is given to a non-profit organization dedicated to building a renewable food system through healthy soil and promoting agriculture which benefits the climate. The Humanitarian of the Year award is given to an individual or organization whose work has benefited society and has had a positive impact on the way we eat, cook, and think about food.

The mission of the James Beard Foundation, a non-profit organization, is to celebrate, nurture, and honor chefs and other leaders making America’s food culture more delicious, diverse, and sustainable for everyone. Matt and Alexis have embodied these values throughout their professional lives in the restaurant industry.

Alexis, originally from Albuquerque, New Mexico, met Matt while in cooking school in Austin, Texas. In their 17 years of experience in the industry, they have worked in Michelin Star restaurants and with Iron Chef award-winners around the country. They now want to use their talents to bring recognition to their hometown of New Iberia and spotlight the abundance of local resources found here. They have joined their restaurant business with the catering services of Rebecca Holleman, herself an experienced chef who has worked and trained under Michelin Star award winners, to provide the best of both worlds. The services of the restaurant are complemented by the talents of head bartender and mixologist, Keeton DeMoss.

In applying for a James Beard Foundation award, Matt and Alexis incorporate the goals of this distinction. In promoting the sustainability of local resources and the diversity of our food culture in South Louisiana, they use products such as grass-fed beef from Gonsoulin Land and Cattle Company, owned by Dr. Shannon Gonsoulin, DVM.

In addition to sourcing the freshest produce and seafood our area has to offer, they also offer artisanal smoked cheeses prepared by New Iberia resident Jay Florsheim from his business, “Peace, Love, and Smoke.”

The restaurant industry has seen many challenges these days brought on by the COVID-19 health crisis. Dining rooms have had to close their doors and carry-out delivery has become the new norm in some areas of the country. Supply shortages of products exist, and new safety and sanitizing rules are mandated.

Despite all these challenges, Matt and Alexis hope to survive these times as best as possible, and through their restaurant, Preservation, continue to enrich the lives of their community through their culinary skills.