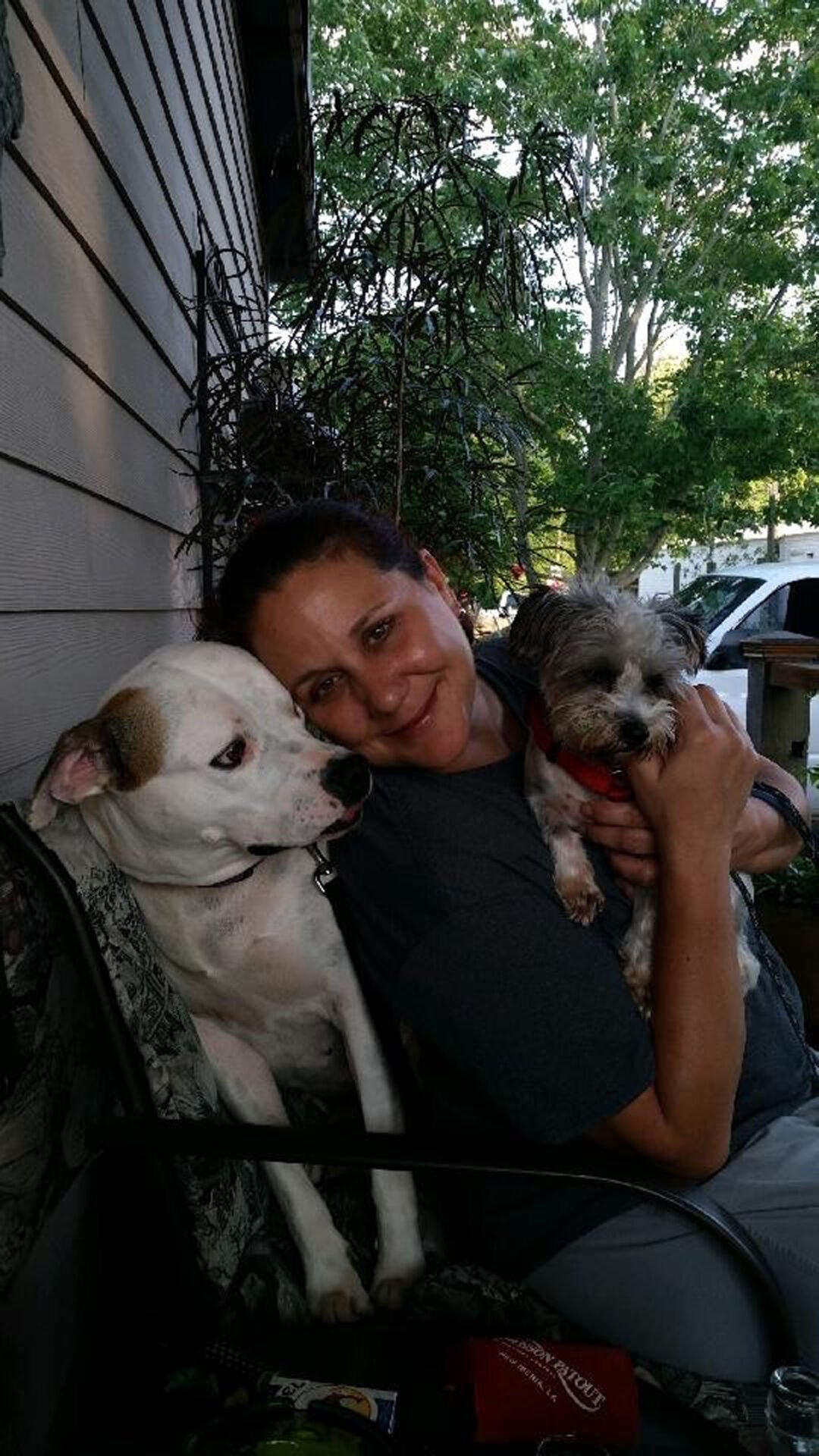 Mary Thibodeaux with her two rescue dogs. Born and raised in New Iberia, Thibodeaux always loved to cook and experiment with new, fresh ideas. For the last two months, Thibodeaux has been making unique soups for the community. 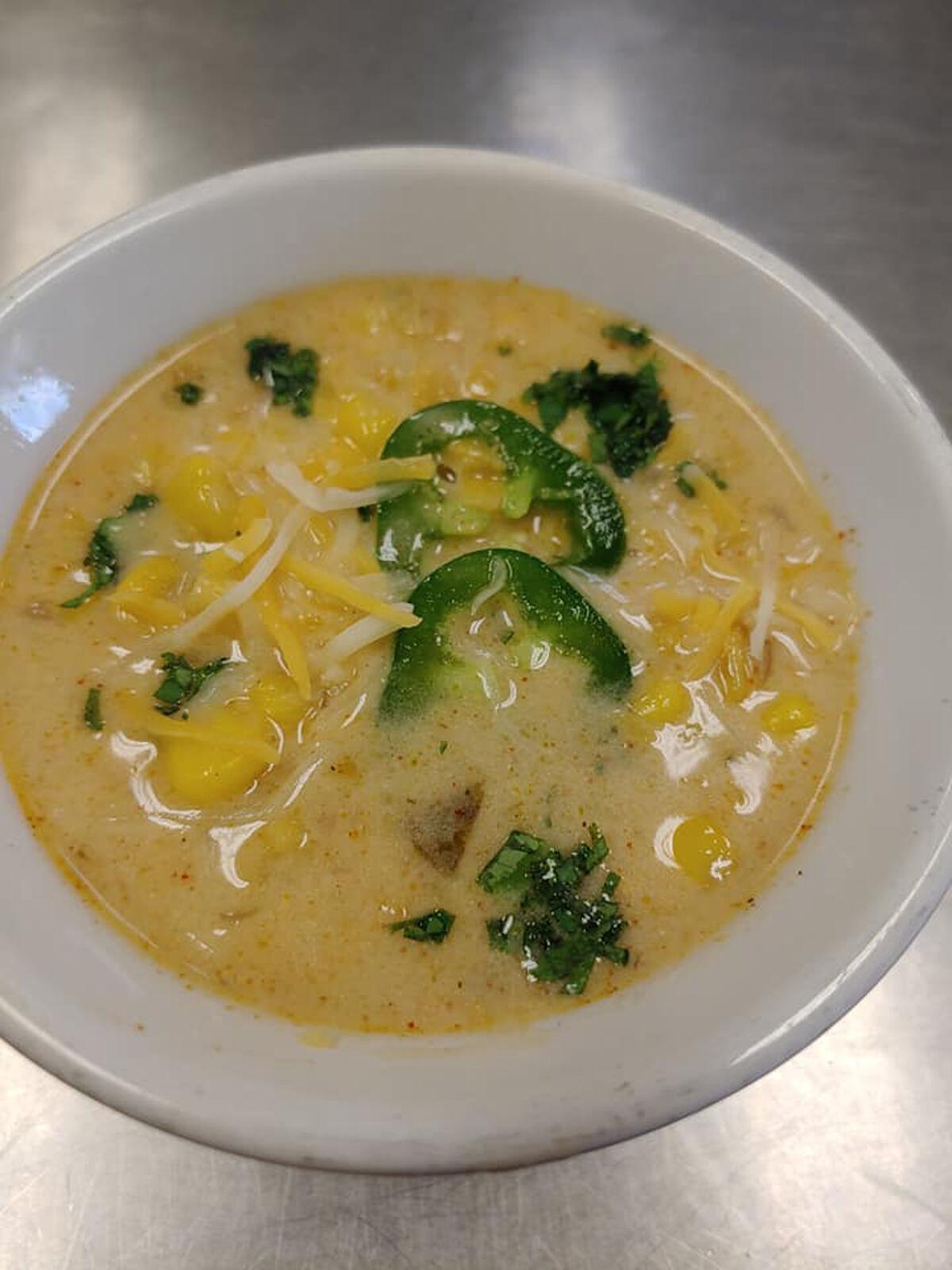 Mexican street corn soup by Mary Thibodeaux, who loves cooking and putting a twist on a classic like soup.

Mary Thibodeaux doesn’t call herself the traditional cook, but that hasn’t stopped her from making new, original food for people of New Iberia to try.

Born and raised in the Queen City of the Teche, Thibodeaux started out as a landscaper before she traded in her shovel for a spatula. She has enjoyed the journey ever since.

Over the last two months Thibodeaux has started her own business, Laissez Faire Foods, where she makes conventional dishes in an unconventional way.

But don’t call her a chef.

Whether she’s working with Patout and Voorhies or by herself, Thibodeaux said she gets a tremendous amount of satisfaction cooking for others.

“I’ve always had a creative lean, so I get to get in the kitchen and play,” Thibodeaux said. “That’s why I call my business ‘Laissez Faire Foods’ because it means just to leave something alone and let it be and naturally evolve.”

That freedom in the kitchen can be seen in her soups, which she sells at the Teche Area Festival and Farmers Market, where she’s putting a unique spin on her dishes.

“What I like to do there is something sort of a traditional dish and turn it into something else,” Thibodeaux said. “I would do cabbage roll soup instead of actually cabbage rolls. I’d do a pork egg roll soup, I do a Mexcian street corn coup.”

Her goal in turning traditional dishes into something totally different in a bowl is the idea of presenting them in a new and fresh way. Thibodeaux said the ideas for her recipes typically pop into her head and come organically. She also enjoys experimenting with new flavors.

“I really love playing with spices and herbs,” Thibodeaux said. “I grow my own fresh herbs and that’s my jumping off point.”

While some people may use certain basic spices, traditionally Cajun-based, Thibodeaux wants to introduce new spices and soups to the public.

“I’m just trying to change things up,” Thibodeaux said. “I like to make things more organic and natural.”

Thibodeaux has always had a love for cooking for others and though she’s only been doing it for a short time in her life, she enjoys the long hours and the tedious time it takes in the kitchen. Her business and her life revolve around food and meeting others, something that means a great deal to her.

“It’s just been a tremendous confidence boost,” Thibodeaux said. “The main thing it’s done has given me that courage to keep moving forward.”