Looking to have fun in the kitchen, local cook Jay Florsheim is taking unlikely food combinations and putting them together for his YouTube channel “Cooking with J Flo.”

A distributor for a liquor and wine company, Florsheim has had 10 years of restaurant management experience, but wasn’t interested in cooking — until now.

A Monroe native and resident of New Iberia for over 30 years after marrying his wife Bethany, Florsheim wanted to bring levity to the kitchen.

Having fun in the kitchen

“This whole thing I started doing was really making fun of all the pretentious cooking videos that are out there online,” Florsheim explained. “If you can tell, I have used sketchy ingredients but I have put them into legitimate recipes.”

Florsheim said the best thing about watching cooking videos is learning new techniques he didn’t know before and finding combinations of ingredients he wouldn’t have thought to put together.

Florsheim noted that cooking videos from popular sites like “Delish” and “Tasty” put out video recipes in short clips using basic ingredients to make dishes — a format he wanted to make all of his own.

“You look at it and say, ‘They didn’t have to do any of that fancy stuff they did to cook that dish,’” Florsheim said.

With the help of his daughter Payton, 21, who is behind the camera, Florsheim looked at the way the other video producers cook and make videos, and he knew he could do something that was just his own, while also having fun doing it.

“I said, ‘I am going to put more odd techniques with ingredients, and I don’t know, just go from there,’” Florsheim recalled.

Some of his favorites

One of Florsheim’s favorite dishes he’s made so far has been sardine tacos, a recipe he made up one day while thinking of crazy food combinations, and one he wasn’t expecting to come out the way it did.

“It was absolutely delicious,” Florsheim said. “And honestly, none of this food is really to taste good or bad, I’m just making it.” 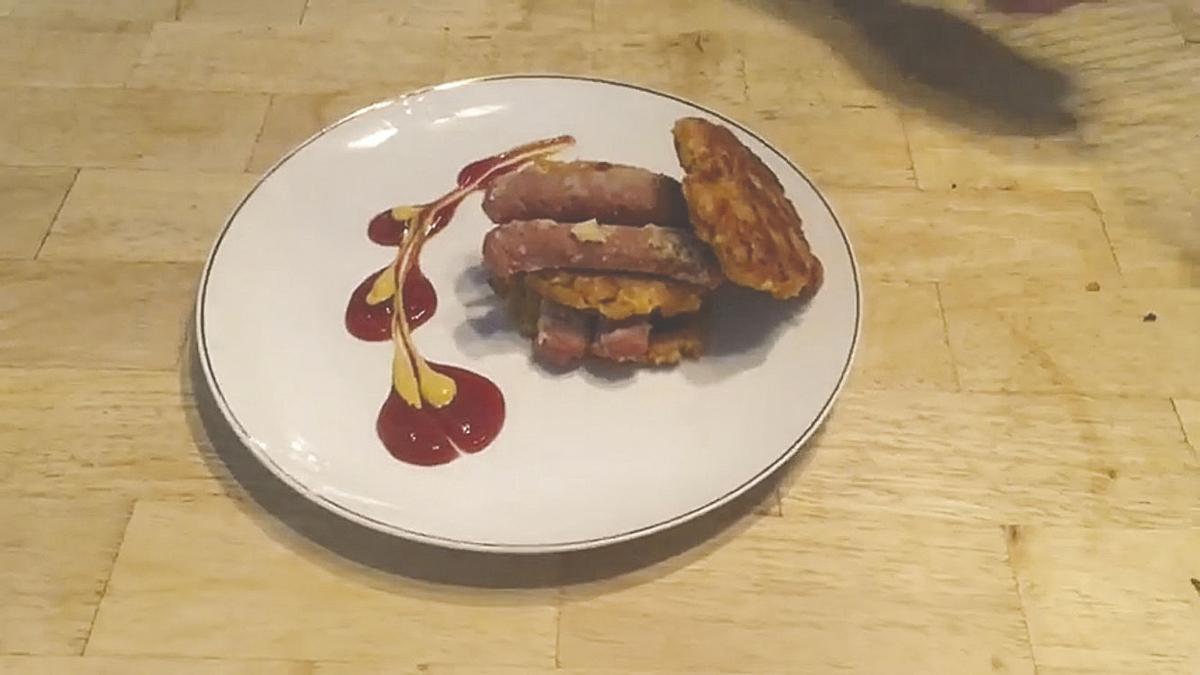 A take on a classic, Jay Florsheim creates a deconstructed corn dog. Florsheim is having fun in the kitchen with his YouTube show 'Cooking with J Flo.' 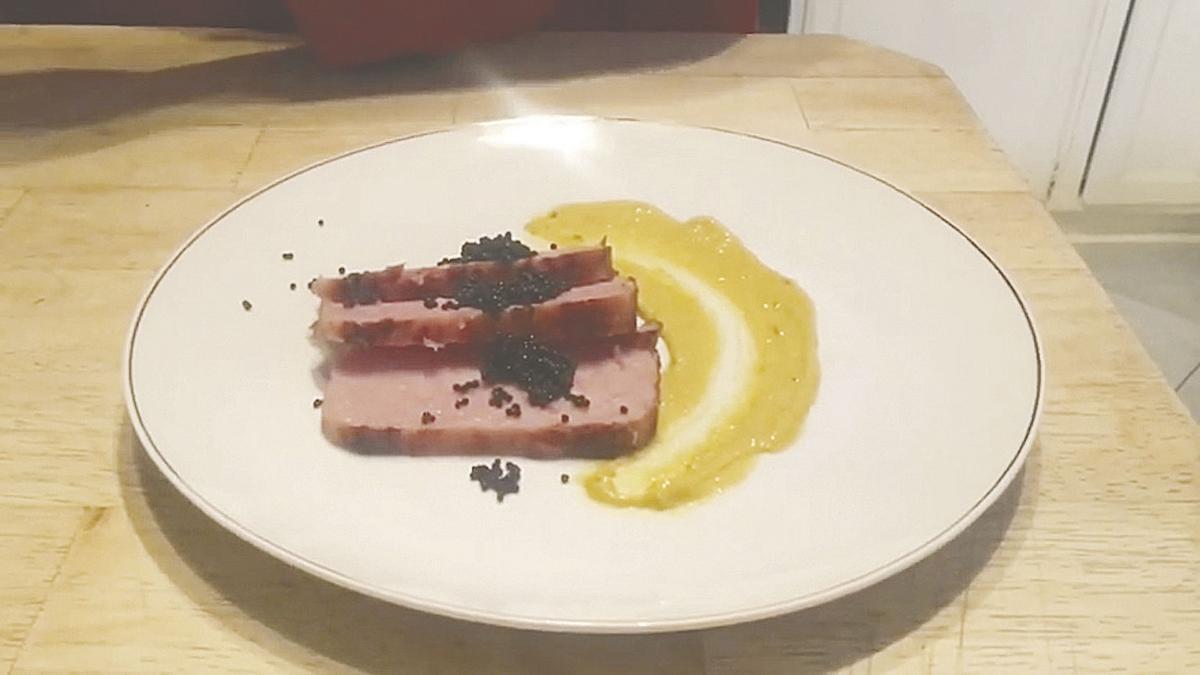 Spam and caviar, made by local cook Jay Florsheim on his YouTube cooking show ‘Cooking with J Flo.’ The cook is taking combinations like the two above and making them into a unique dish.

A take on a classic, Jay Florsheim creates a deconstructed corn dog. Florsheim is having fun in the kitchen with his YouTube show 'Cooking with J Flo.'

Spam and caviar, made by local cook Jay Florsheim on his YouTube cooking show ‘Cooking with J Flo.’ The cook is taking combinations like the two above and making them into a unique dish.

Aside from sardine tacos, Florsheim also enjoyed combining Spam with caviar, having the best of both worlds on a plate.

It’s not all sardines and rainbows, though, as he wasn’t a fan of Scotch eggs because the recipe calls for pickled eggs.

Another food combination for Florsheim was a soup with smoked oysters made with cans of small oysters, chopped up, and used to flavor the base of the soup.

“I know it doesn’t sound like an odd combination,” Florsheim said. “It was amazing.”

Wanting to make things easier for people during COVID-19, Florsheim knew he would be able to have fun, as he has had experience with the Iberia Performing Arts League and background work in movies.

Florsheim’s YouTube channel “Cooking with J Flo” currently has 10 videos. He started the channel in April with his first video “Quarantine cooking class with SPAM.”

It has grown over time and Florsheim has plans for more fun future videos. One, according to Florsheim, is tamale-based. Another idea of his revolves around a Vienna sausage on a rotisserie, though can be “wurst.”

Though his channel is used mostly for satire and fun, Florsheim said some people think he’s serious and offers tips on how to make his food taste better.

Florsheim just wants people to look at it for what it is — entertainment.

“Most people get it and I get a bunch of texts or phone calls saying, ‘I would not touch that,’ and ‘That actually looks really, really good,’” Florsheim said. “Even though it might not have meant to be.”

At the end of the day, Florsheim is just cooking and entertaining to have fun in the kitchen for friends and family.

“And if it tastes good, then that’s a bonus,” Florsheim said.

View and subscribe to Cooking with J Flo” at youtube.com/channel/UCHAhH2hPni9jl7hpFz1X_kA/videos