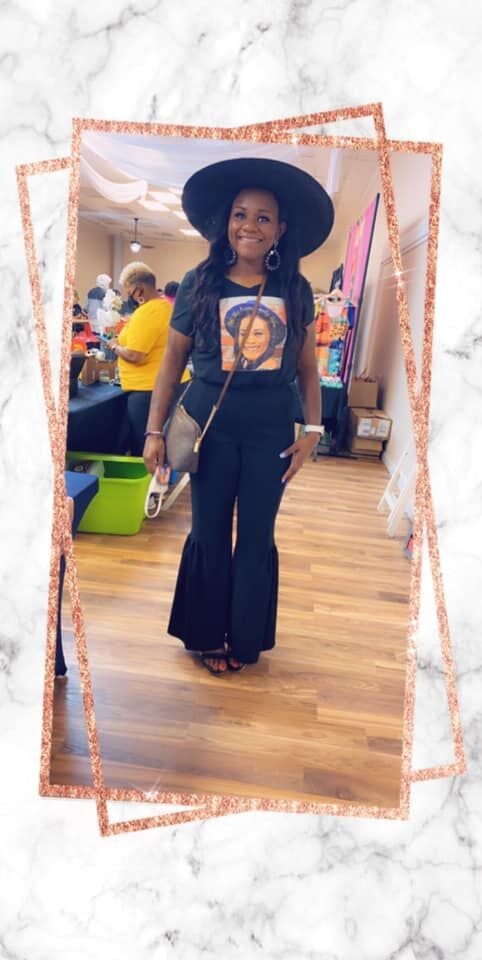 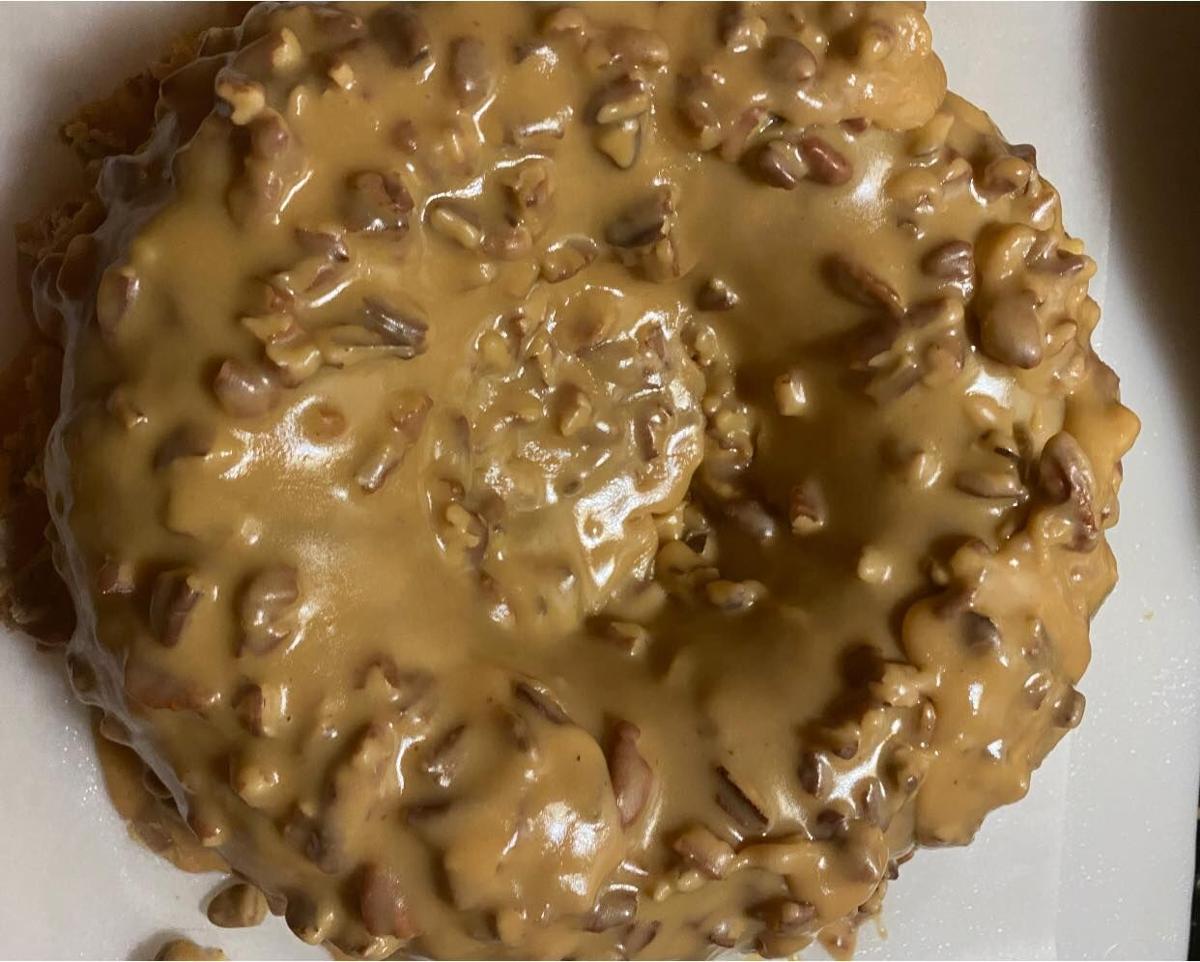 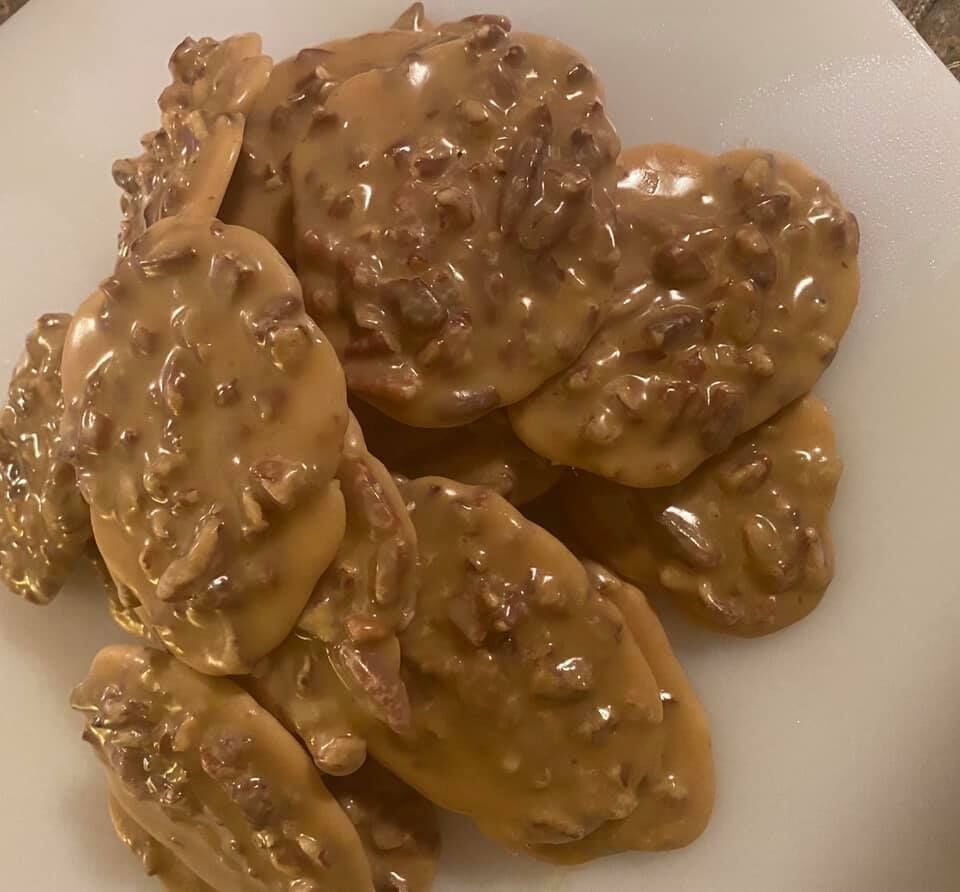 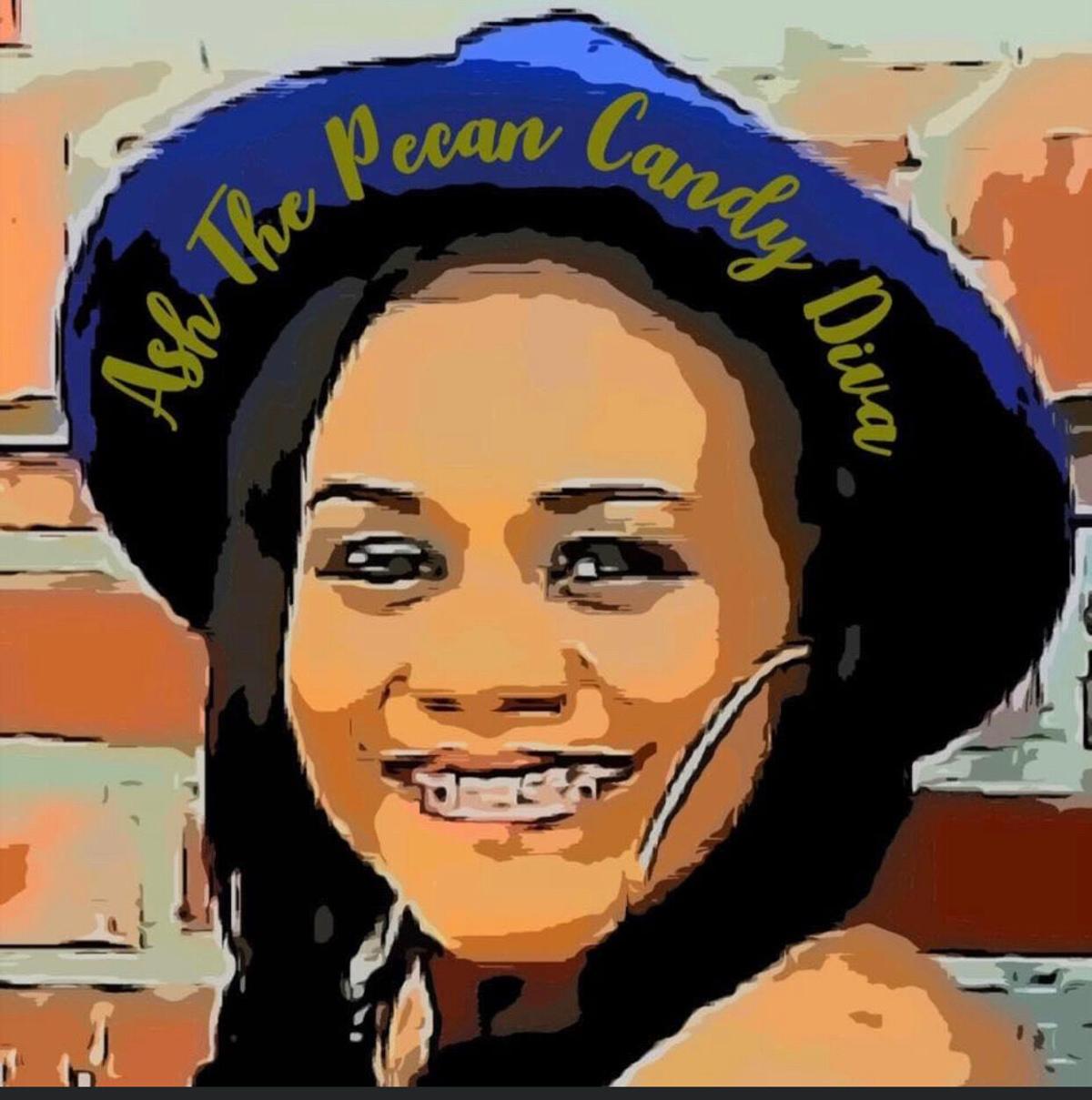 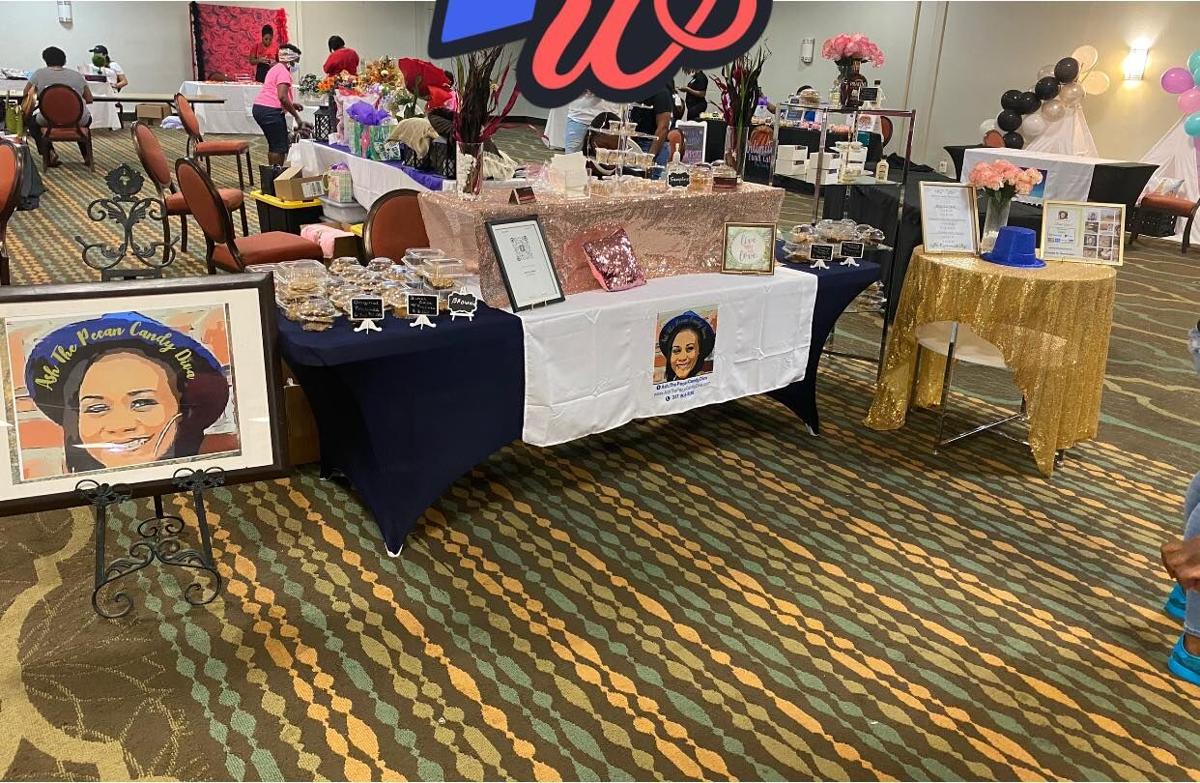 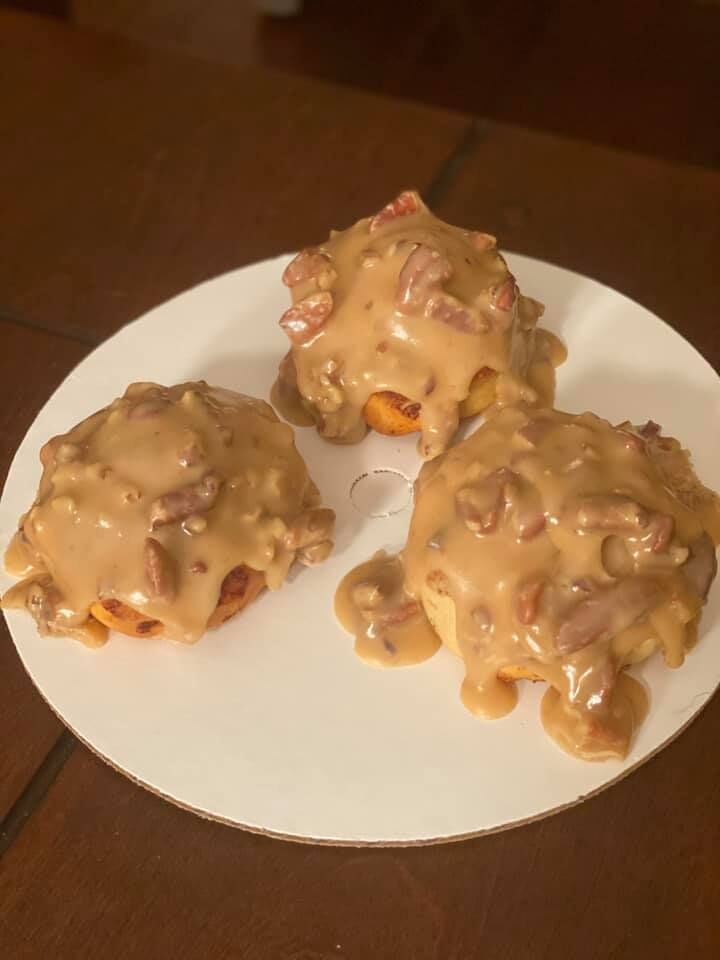 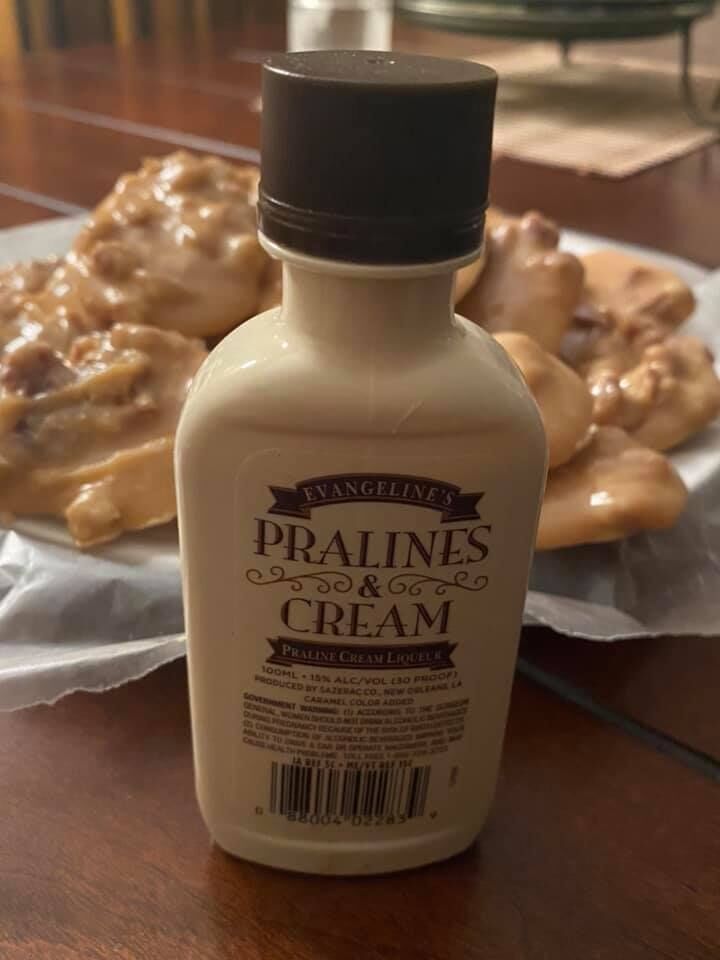 It’s fair to say that Ashley Collins is a woman in motion. After all, she owns Bayou Lit Bikes on Main Street in New Iberia, and drives 18-wheelers in support of the business of her significant other, Cardell Gregoire. “He’s supported me, and it’s only fair that I do the same,” she said. “I studied and got my commercial driver’s license, and I pitch in for him.”

Ashley also holds a degree in accounting, and spends her time running her businesses, and running after her children.“People always want to know, ‘When do you sleep?’ Who has time to sleep? I have things to do,” she said.

The only time you’ll find her relatively still is in her kitchen, wearing her “Ash. The Pecan Candy Diva” hat. Literally. “I have this hat I always wear to pop-ups and events,” she said. “It became my signature. People would say, ‘Where’s the girl in the hat?’ That was me.”

Hat or no hat, Ashley makes some awesome pecan candy, which she sells throughout the area at pop-up shops. Awesome, from a recipe handed down from her mother. “I ate so much of this delicious stuff growing up that now I don’t eat it,” she said. “I get other people I trust to taste it, and they really enjoy it.”

Ash. The Pecan Candy Diva started in March 2020 (“right at the beginning of the pandemic,” she said,) with a Facebook group called “Soul Food Foodies.” “I posted my candy to the group, and people were really interested in buying it,” she said. “Next, they were asking me to ship it to them, and everything snowballed from there.

Ash. The Pecan Candy Diva now has a Facebook page, an etsy shop and a website. She makes three different types of candies, with pecans, without pecans, and with alcohol.

“I use Pralines and Cream Liqueur, or Hennessey, which people really like,” she said. She still makes her candy one batch at a time, which produces between 18 and 20 pieces. “I do it the old-fashioned way. I haven’t even tried doubling or tripling the recipe,” she said.

“When I first started, I was looking for a name. My best friends came to me and said, ‘We have a surprise for you.’ They brought me the picture of me and my hat made into my logo and that was it. My business was Ash. The Pecan Candy Diva.”

Ashley recently sold her candy at the Bayou Bargains Pop Up in Bouligny Plaza. “It was a little hot for me, but we did well,” she said. She has further plans for multiple pop-ups in the months of October, November and December, months when the weather and the holiday spirit should translate into more robust sales.

Ash. The Pecan Candy Diva now ships worldwide. Her furthest order has been to Japan. Her largest order was for 1,000 candies, as an employees gift for an office.

“I’m not one to brag, but I know my candies are the best,” she said. “I also make bundt cakes, brownies and cupcakes topped with candy, which are available for sale,” she said. “I made cinnamon rolls with candy topping, a little too much sugar for me, but they were good.”

If you’d like to try some of the decadent delights from Ash. The Pecan Candy Diva, look her up on Facebook, find her Etsy shop, email her, thepecancandydiva@gmail.com or log into her website, ashthepecancandydiva.com. Guaranteed your life will be sweeter for it.