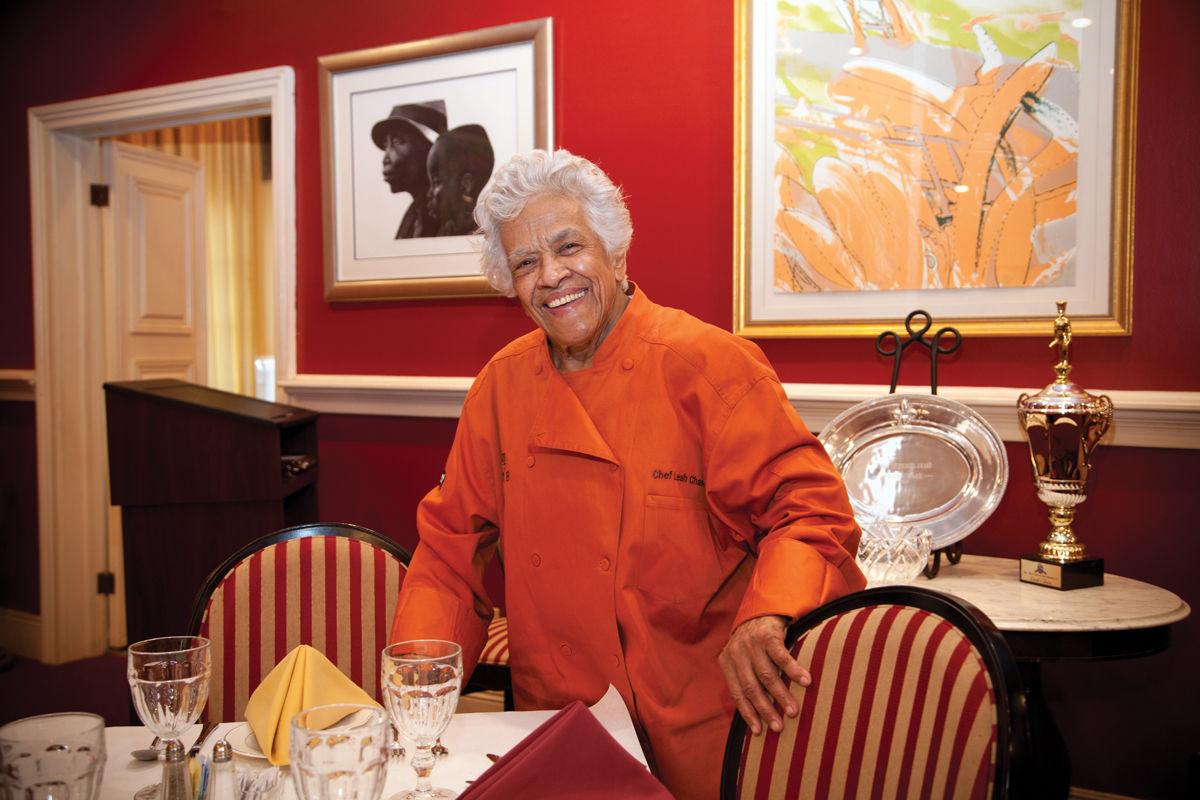 Though she’s been gone for a year now, New Orleans native and cooking legend Leah Chase is still remembered for her actions. Chase enjoyed helping others through her food. 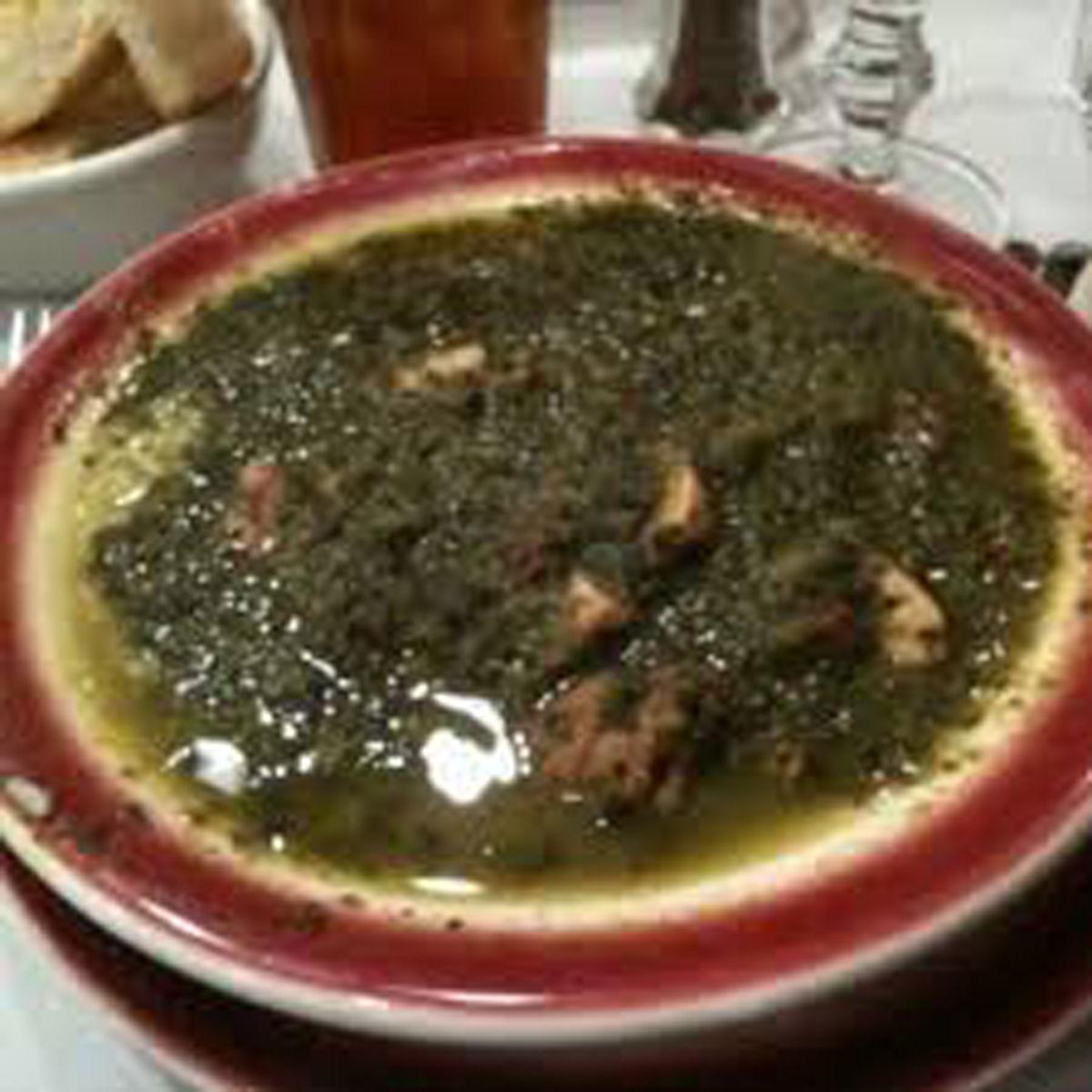 Legendary New Orleans chef Leah Chase’s gumbo z’herbes. The famous gumbo by Chase is made up of nine different types of greens.

Though she’s been gone for a year now, New Orleans native and cooking legend Leah Chase is still remembered for her actions. Chase enjoyed helping others through her food.

Legendary New Orleans chef Leah Chase’s gumbo z’herbes. The famous gumbo by Chase is made up of nine different types of greens.

It was a year ago last June 1 when my husband and I were celebrating our 45th wedding anniversary in New Orleans, that I learned the sad news about a great lady’s passing.

While standing outside our hotel, an older gentleman commented to me that Leah Chase had died. She had died that very day, and I wondered how he had come to know of the news so soon. At the same time, I was touched by the information, as not having met her, or eaten at her restaurant, I had always been impressed by her culinary talents and zest for life.

Last week, while looking for a new main dish to serve, I picked up her cookbook, “And Still I Cook,” which I bought not long before her death. While thumbing through the meats section, I found more than recipes, but stories of her life, and lessons she learned along her journey to becoming known as the “Queen of Creole Cuisine.”

Chase was born on Jan. 6, 1923, one of 13 children, and raised on a strawberry farm in Madisonville. Though the family was poor, her parents taught her the values of giving of oneself, sharing what she had, and the importance of education. She credits these tools for the success she achieved in her lifetime.

Being sent to New Orleans to complete her education, she waitressed in French Quarter restaurants, and in 1945 she met and married Edgar “Dooky” Chase Jr., a Big Band leader.

She went to work in his parents’ small sandwich shop in Treme, one of the oldest African-American neighborhoods in America. She intended to work as a waitress for them, never having desired to be in a kitchen, but she found herself there, as they had no cook.

Finding a love in the kitchen

Upon seeing the joy that good food brought people, she decided to stay at that job.

With the realization that there were no fine restaurants that would serve Black people, Chase convinced her in-laws to expand the restaurant, put white tablecloths on the tables where plastic ones had been, and changed the menu to reflect the meals being served at the finer restaurants in the French Quarter.

She also became a collector of African-American art and filled the walls of the restaurant with paintings from these artists.

As the popularity of her cooking grew, the restaurant, Dooky Chase’s, began to figure prominently in the Civil Rights movement of the 60s and served as a gathering place for its leaders. In an upper room of the restaurant, she fed Dr. Martin Luther King Jr., Freedom Riders, members of the National Association for the Advancement of Colored People, and during a particularly busy lunch hour, loaned the restaurant phone to Thurgood Marshall to call Robert F. Kennedy.

History with a side of roux

Chase was known to say that in her dining room, the course of America was changed over a bowl of gumbo and some fried chicken. She had many other famous patrons, musicians such as Ray Charles who wrote of her restaurant in a song, famous athletes, actors and even presidents.

As a sign of the resiliency of New Orleans, she served President George W. Bush on the second anniversary of Hurricane Katrina, and later President Barack Obama, whom she admonished for putting hot sauce in her gumbo.

Chase’s spirit was undaunted, even after living in a FEMA trailer for 18 months following Hurricane Katrina, which flooded her home and restaurant. Her motivation was her desire to lift others up, and she felt that people had to work together to make a difference.

She also stated in her interviews that feeding people was the easiest way to make people happy. Her cookbooks give many insights and recipes on how to feed bodies and spirits, alike. When we cook, we can still carry on her legacy of bringing people together and uplifting their lives over a bowl of gumbo.

CATHERINE WATTIGNY embraces the “joie de vivre” as a wife, mother and grandmother, inspired by her prior nursing experience with a new focus on good mental health for all.