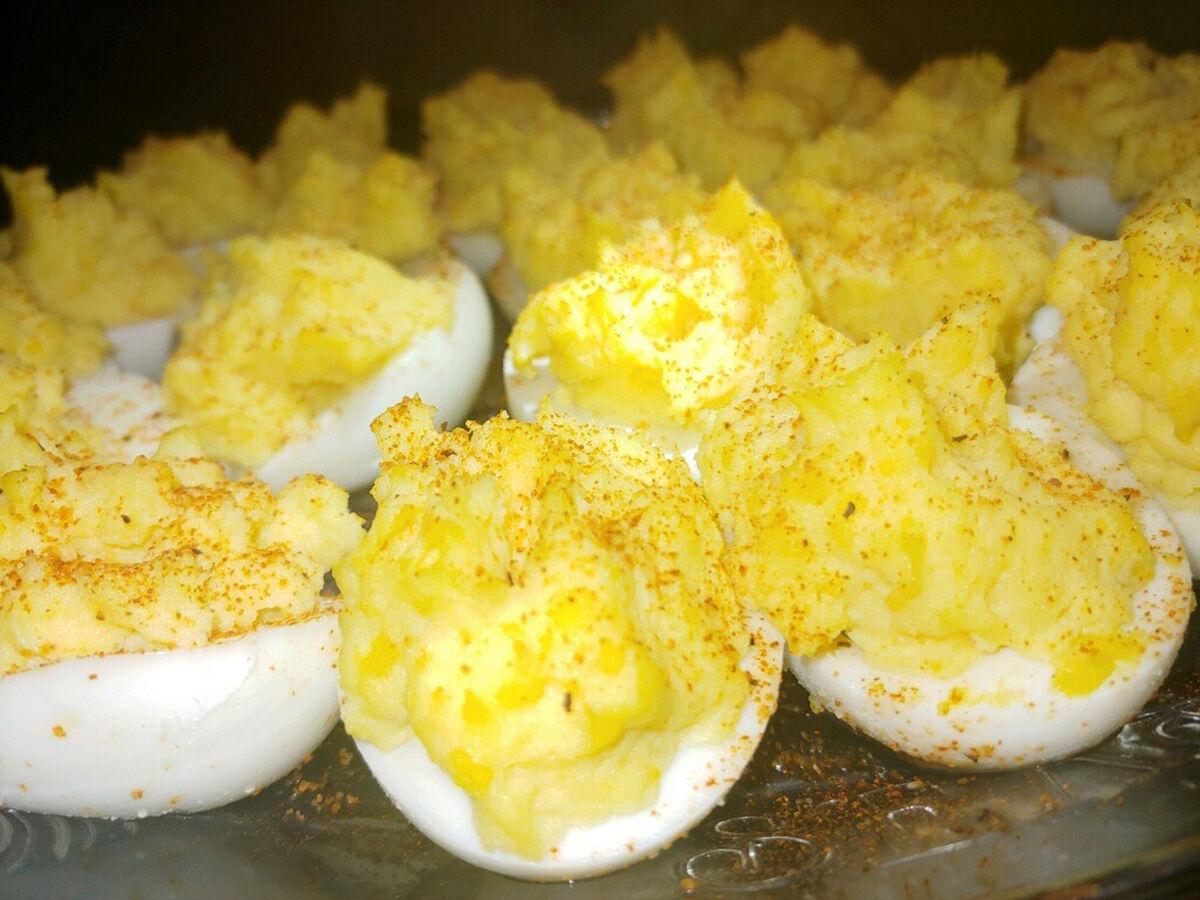 Zob Munnerlyn’s overstuffed deviled eggs have been a hit with her doctors André Cenac, Orson and their staff for years now. After they treated her after an injury, she was so grateful, she made them a batch and have been a hit since. Munnerlyn makes a point to stop by as often as she can to thank them for all of their hard work every day.

Zob Munnerlyn’s overstuffed deviled eggs have been a hit with her doctors André Cenac, Orson and their staff for years now. After they treated her after an injury, she was so grateful, she made them a batch and have been a hit since. Munnerlyn makes a point to stop by as often as she can to thank them for all of their hard work every day.

Years ago, Zob Munnerlyn wanted to do something to give back to those who helped her in recovery but she didn’t know how — but the deviled eggs made her do it.

After injuring her wrist some 13 years ago, Munnerlyn, a native of New Iberia and independent hairstylist at the time, visited orthopedic surgeon Dr. André Cenac and his staff and she is grateful for him helping her heal.

“Dr. Cenac and (his staff) were the ones that took care of me,” Munnerlyn said. “And after that, we became connected. We all became tight.”

So to thank him and his staff for all of their help, she made a batch of deviled eggs and it turned out to be a hit. She now calls them her “Dr. Cenac and staff’s Overstuffed Devilled Eggs” and she really doesn’t know where the idea to make them came from.

“It’s just one of those things I made and they fell in love with,” Munnerlyn said. “But they did and that was their request all the time.”

And Munnerlyn makes it a point to swing by Cenac’s office at least once a month to bring another batch of her eggs.

Munnerlyn remembers how much everyone there loved them the first time they tried them and she really was beside herself because she said there is no secret behind them.

But they are special, because her overstuffed deviled eggs are made with something unique: instant mashed potatoes.

“And that’s what gives you more stuffing,” Munnerlyn said. “You don’t want a lot to overpower the egg yolk, but just enough. Everybody loves stuffing.”

Adding more mayonnaise and a touch of mustard, Munnerlyn whips her dishes together, making them light and airy, as the yellow pillows overflow from the cooked whites.

The key to making the overstuffed eggs is using hot instant mashed potatoes, mixing them with the hot egg yolks.

“I put the mustard to give it more of a yellow color, sprinkle some salt and pepper and some season salt and that’s it,” Munnerlyn said. “It’s the mashed potatoes that make it overstuffed.”

Munnerlyn said giving back to Cenac and his staff is the least she can do because the staff is so caring and she enjoyed her time with them.

“They are just so much fun and they are nice,” Munnerlyn said. “They work a lot, they work long hours and they are our front line workers. We need these people.”

2 to Tbsp of mayonnaise

1/2 tsp of season salt, your choice

Put eggs in pot and put enough water in to pot cover the eggs. Add 2 tsp of salt to water and bring to a boil.

Cover pot and put timer on for 8 to 9 minutes

Immediately when timer goes off put pt in sink and run cold water over eggs. Run water for 5 to 10 minutes. Crack eggs and peel.

Once eggs are peeled, towel to dry completely in microwave-safe bowl.

While potatoes are heating, slice eggs and remove egg yolks to a bowl and place whites on a servicing bowl.

Mash yolks with a fork and add mayonnaise. (I do 2 Tbsp to keep filling thick)

Add mustard, mashed potato to yolk and blend everything together using a fork.

Add yellow yolk filling to white shells. (You should have plenty for 24 eggs halves.