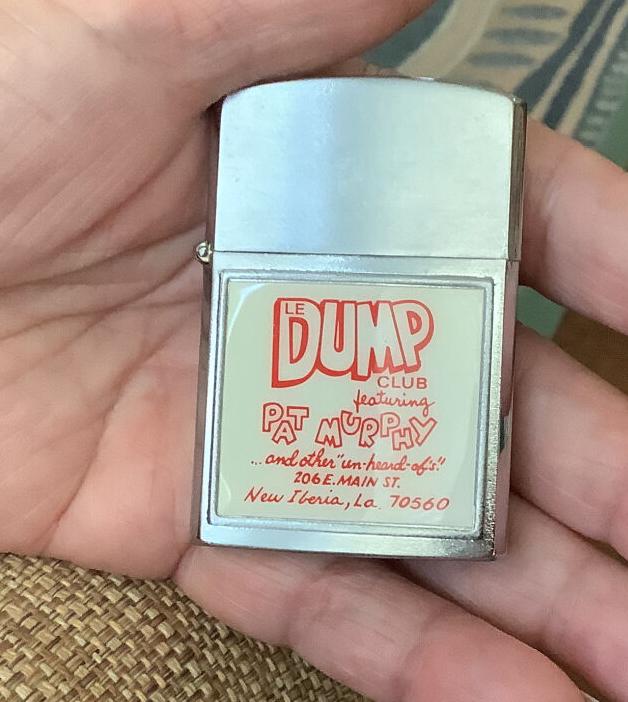 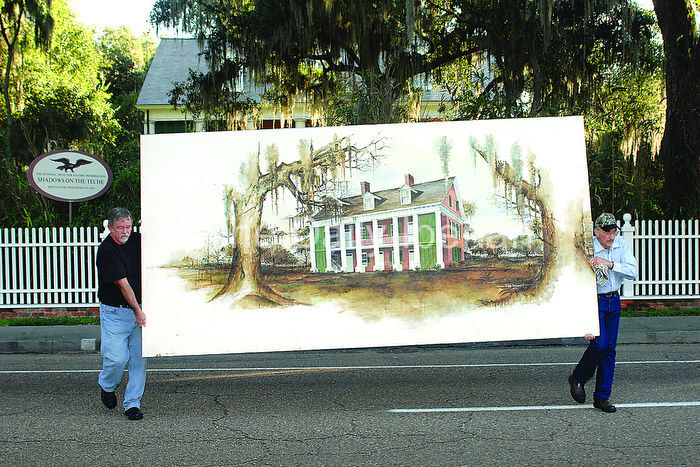 At 206 East Main in New Iberia, there was a haven, a hang out, some would say (looking at you, André Bonin Bodin), a disco inferno. It was Le Dump, or truly, Pat Murphy’s Le Dump, for the man and the place are inseparable.

Buddy Johnson remembered that the place was Sugarcane Lounge before Le Dump, and other names afterward, as other barkeeps would rent and renovate. Paul Schexnayder added that in 1995, the location had become the Left Bank Gallery, run by a group of artists.

Le Dump was definitely a fun place for so many people in the ‘70s and ‘80s. According to Pat Braud Comeaux, “We always had a ball there, sang karaoke.” Dave Hebert, who suggested this article, said, “I was in the banking industry, and almost every Friday night, a group of local banners and business people would head to Le Dump to unwind.”

“We’d have so much fun, sometimes we wouldn’t head home until 5 a.m. Saturday morning. It was a nice, civil place, everyone had fun and no trouble,” said Hebert. “The only time I saw anything try to start, a guy came in, talking trouble, and someone bopped him on the side of the head with his motorcycle helmet. That was that.”

Troy Comeaux fondly remembers Open Mike nights, back in 1979 or ‘80. He played guitar and sang at Le Dump, he also remembers shooting a lot of pool there, which seemed to be a popular pastime at Le Dump.

Mark Lucas said he met his wife there, and enjoyed the cold beer. Cherie Rushing mentioned the banana banshees, and Annette Viator hung out, drank and shot pool with friends almost every night when back from college..

The good times at Le Dump reach back to owner Pat Murphy. Pat was a California native, who moved to New Iberia and stayed. Besides Le Dump, he had Murphy Limited, a contracting business. He loved the city, and the people, and he wasted no time getting involved.

He served as the first president of the New Iberia Downtown Merchants Association, according to Eric Armentor. Margaret Trahan remembers him as a man who “loved New Iberia and most of all he loved the people here. He also gave a lot of himself, always made time to go to the different nursing homes to sing and play guitar for the residents.”

Carol Whipp recalls Murphy’s civic involvement: “Pat served on Iberia Council on Aging Board for 20 plus years.He was also a long time Board Member of Iberia Comprehensive Medical. He commissioned Michael Wayne Broussard to do a painting of the Shadows of the Teche. Before his death he donated it to the Visitors Center across the street from the Shadows.”

Pat’s caring nature extended to those who worked for him, as well. Cheryl Vedrines said she worked for him for several years, and “he was a gentleman and never allowed anyone to make advances toward us.”

Along with all this ‘goodness’, Pat Murphy also had a self-deprecating sense of humor. On a cigarette lighter, promoting the bar (a still-prized item, thank you for the picture, Sherry Hicks!) it says, ‘Le Dump Club, featuring Pat Murphy and other unheard-ofs’. Don’t know about that, Pat, they’re still reminiscing about your renditions of “D Cell Battery” and “Butter Bean”.

Have a memory about something that no longer exists in New Iberia? Send an email to ellenf@daily-iberian.com with your suggestions!