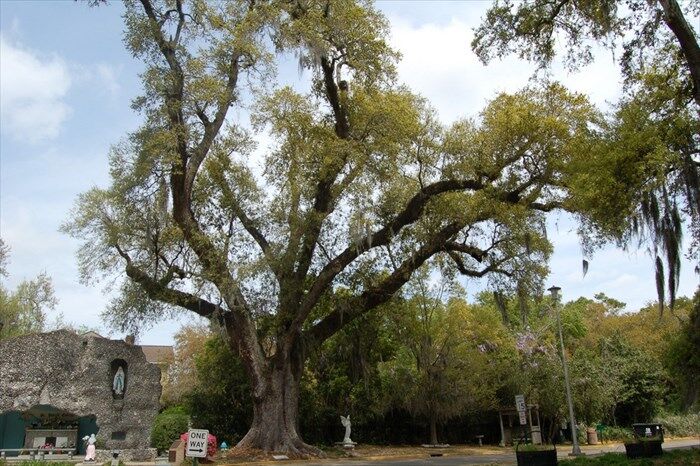 Live oak tree, next to the Lourdes grotto an Main Street, dedicated to Mayor Cliff Aucoin 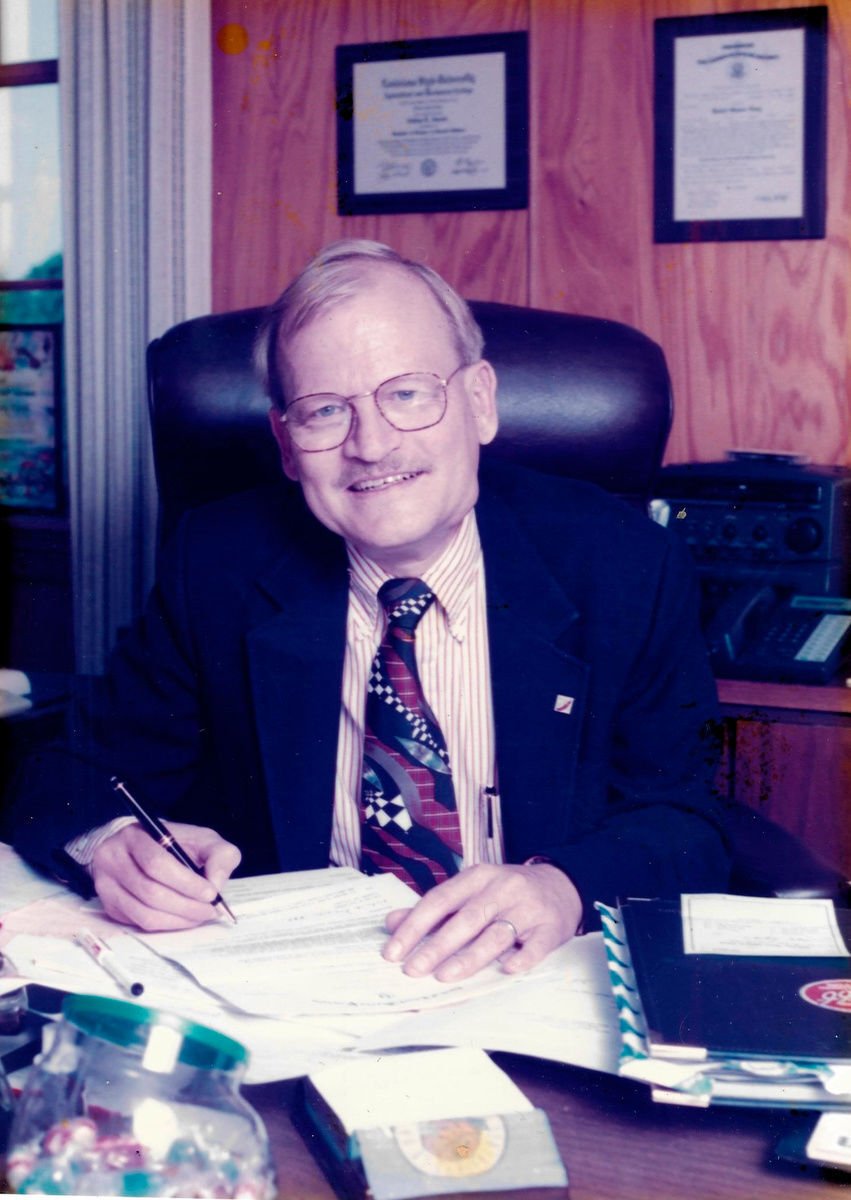 Live oak tree, next to the Lourdes grotto an Main Street, dedicated to Mayor Cliff Aucoin

Memories of Cliff Aucoin, late Mayor of New Iberia, former member of the Iberia Parish Police Jury, Voice of the Jackets, continue today. Many of these memories are tied up with his dedication to the Friday night lights of NISH games, but his contributions to our community go deeper and reach much farther than football.

Because of the mark he made in the high school sports arena, Aucoin was voted into New Iberia High School Athletics Hall of Fame. As the Voice of the Jackets, his deep gravelly voice filling Lloyd G. Porter Stadium Friday nights for 23 years. A memorial plaque in his honor was placed in that stadium in 1999.

He had a unique style, emphasizing the Yellow Jackets’ advances: "First down, 10 yards to gooooooo … Yellow Jackets!" and when announcing a score when NISH trailed in a game - "New Iberia 0," Aucoin would say in a loud voice, "Carencro 17," he would finish quickly and quietly.

Aucoin was more than that, even to high school students across the state. He was the debate and speech director for NISH from 1971-1977, and as such traveled throughout Louisiana to speech tournaments with his team, acting as coach and mentor, as well as judging competition with other high schools.

The halls of the schools he visited during speech tournaments would ring with his distinctive tone as he strategized with his debaters and offered counsel and encouragement to other students in the competition.

One such competitor relied on his advice even four years after high school graduation. Moving from New Orleans to New Iberia to take a position as news director for a local radio station, she appreciated the help Aucoin gave her in navigating the Iberia political scene.

Aucoin was recognized for his excellence and dedication as an educator. He is a member of the Louisiana High School Speech League Hall of Fame, and garnered many other teaching awards and honors during his tenure at NISH.

In 1975, he was elected to the Iberia Parish Police Jury, and the following year, earned his Master's of Education from USL. He left the police jury in 1984 to become a supervisor in the state Education Department. In 1985, he became an instructor in the communications department of USL, where he stayed until being elected Mayor of New Iberia in 1992, then reelected in 1996.

In 1997, Aucoin passed away after a long battle with cancer.

The Cliff Aucoin Municipal Building was dedicated in 2002. The former post office on Main Street, it houses law enforcement administration.

Not only does he have a building named after him, a plaque for his dutiful sports announcing for NISH, but did you know, Cliff Aucoin has a live oak tree named after him? Yes, the oak tree next to the Fatima grotto, near the main library, City Hall and the Cliff Aucoin municipal building, is also named for our late Mayor.

Cliff Aucoin made his mark on so many parts of our community, from education, to athletics, to government. His memory will endure for decades to come.