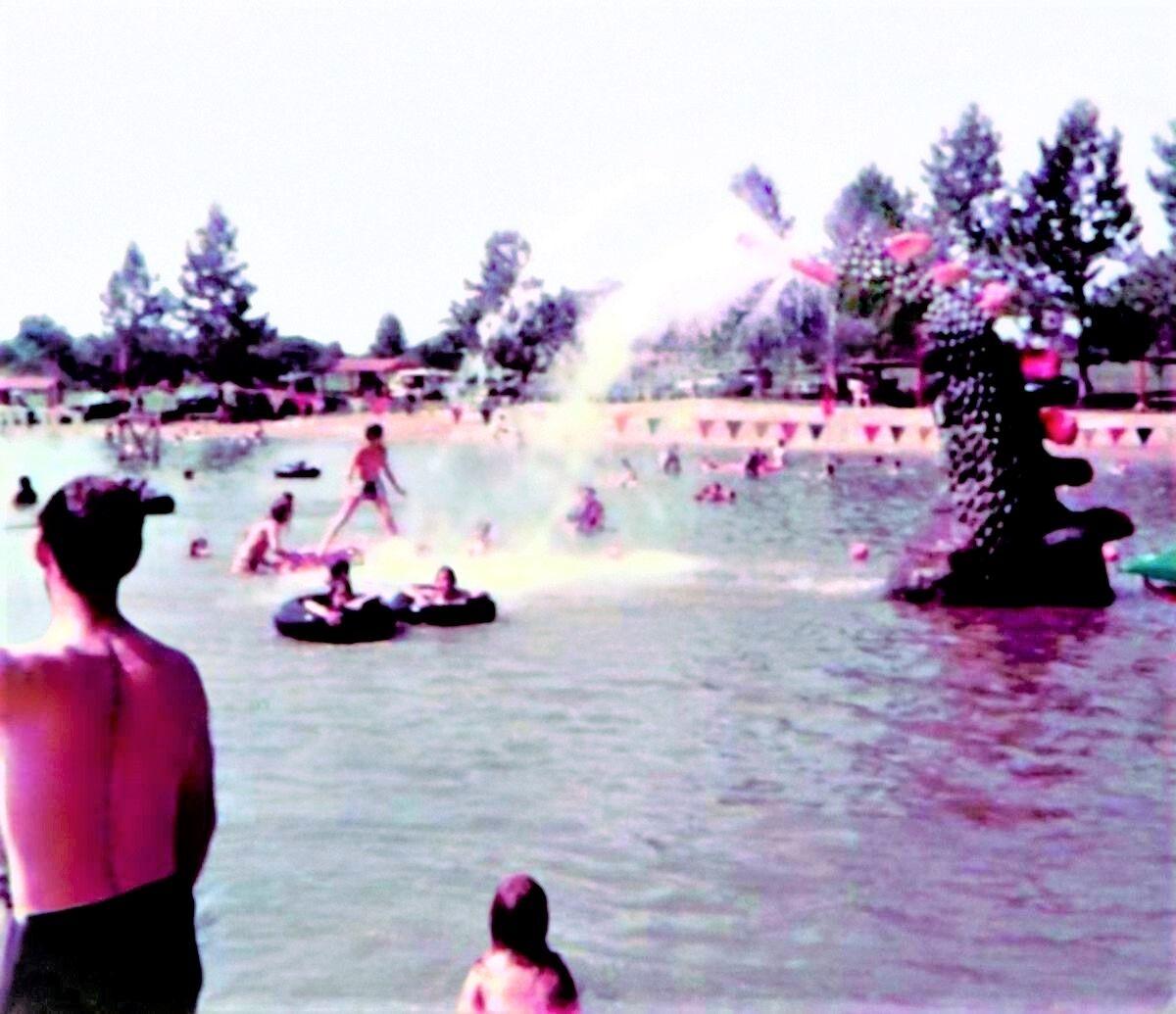 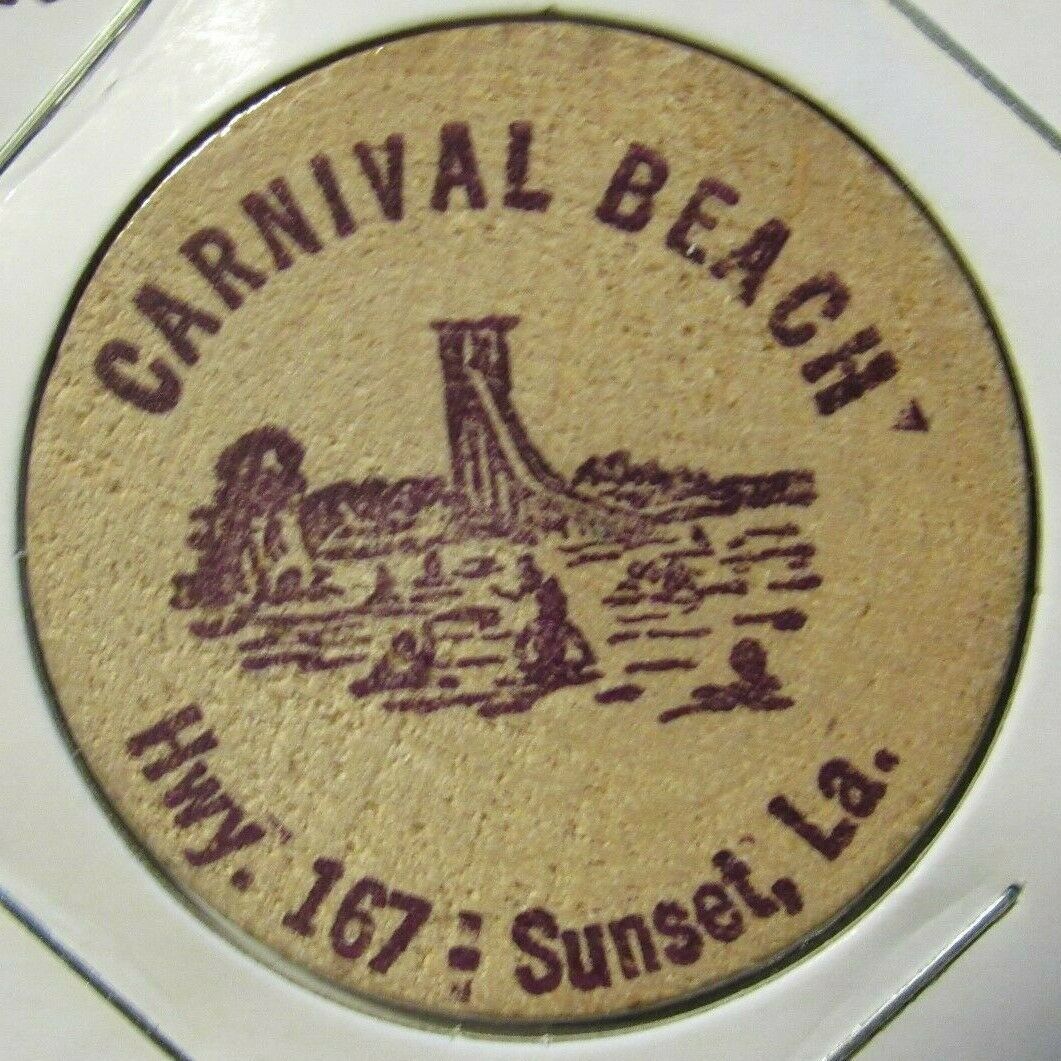 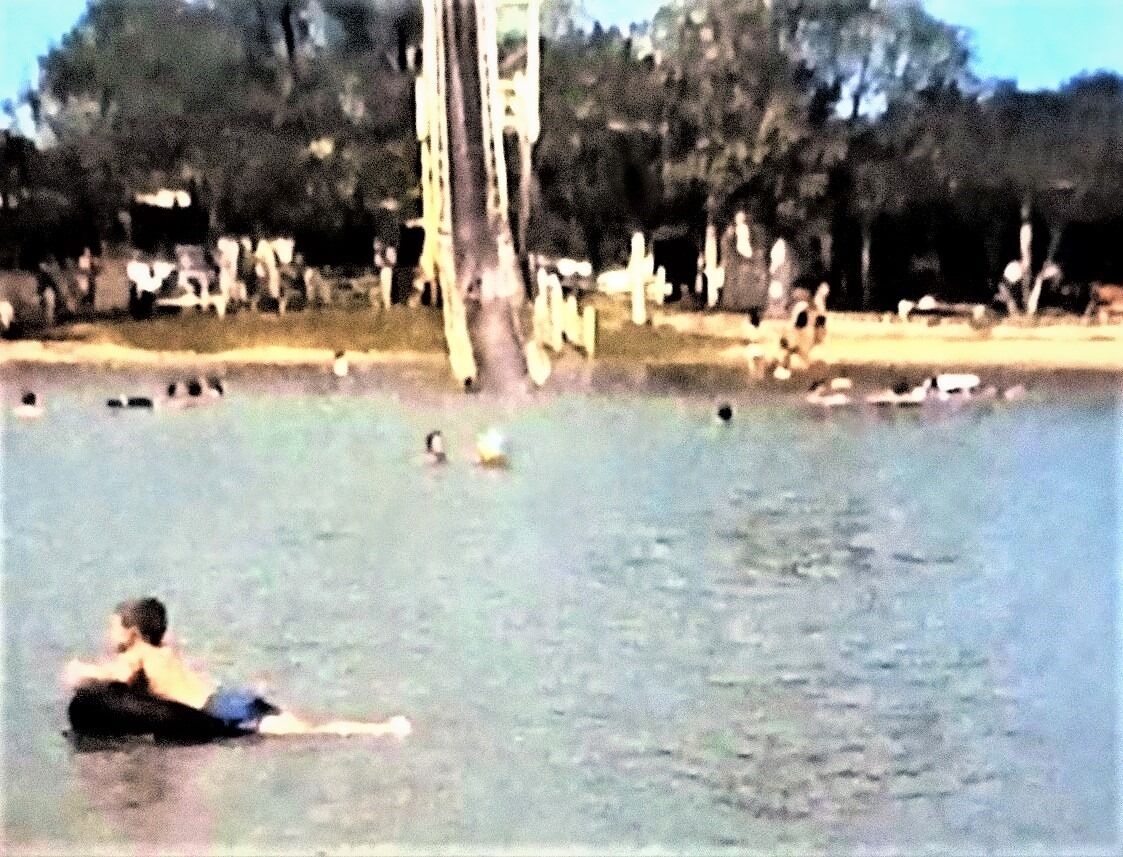 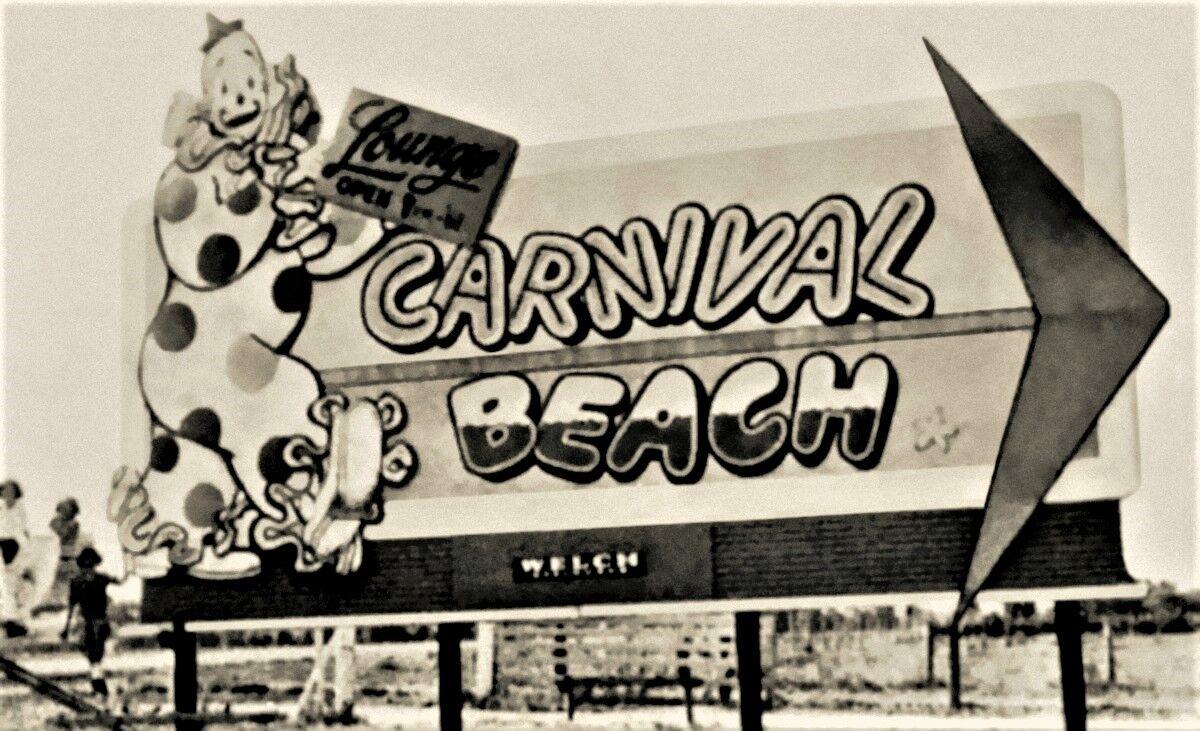 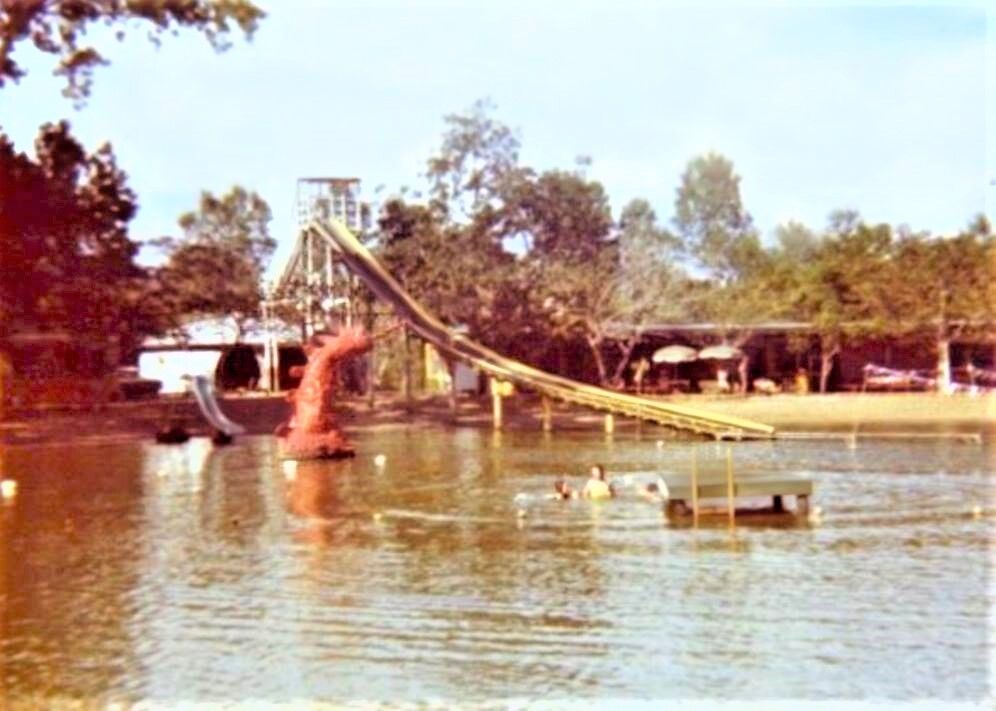 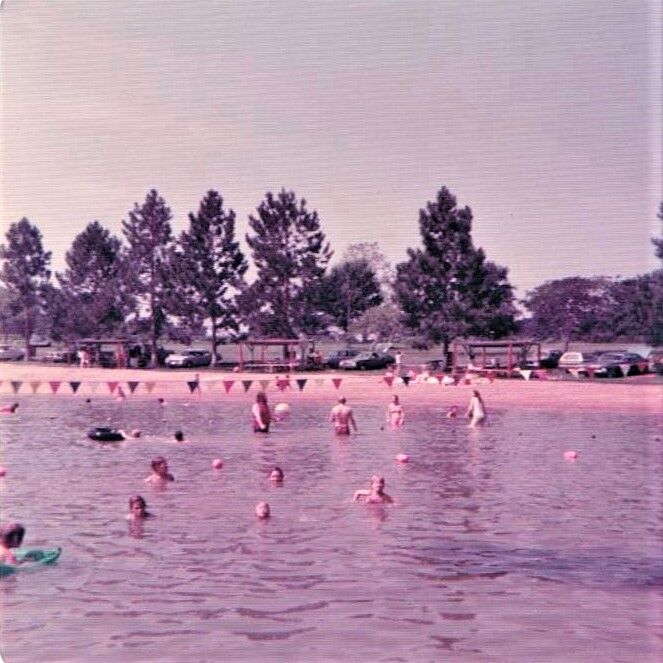 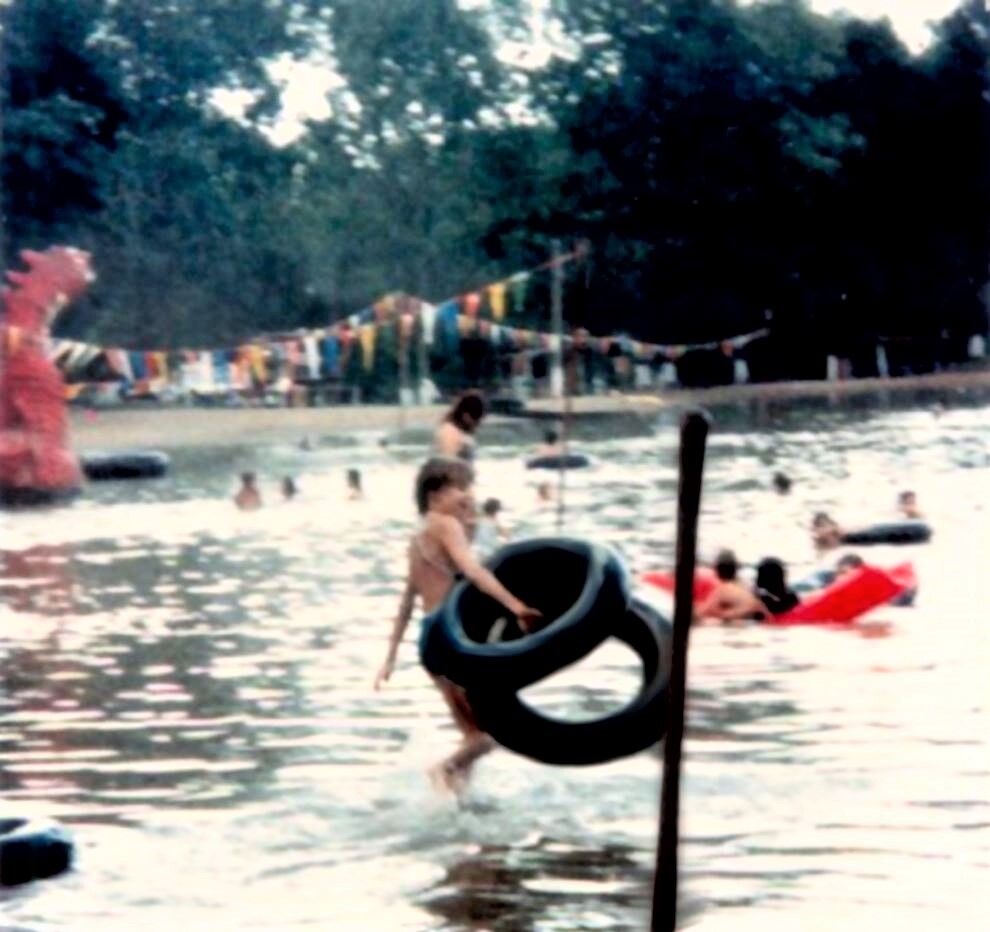 It was closer than Biloxi or Grand Isle, more fun than Cypremort Point. Back in the day (1962 - 1982) it was a great place to swim, camp, or just hang out and listen to live music. (There may have been some dancing in bathing suits, eh, Chreen Broussard?) It was Carnival Beach, just up highway 167, now I-49, in Sunset.

There was a giant clown beckoning you into the gravel driveway, promising summer fun for everyone. The lake (pond?) featured a giant slide, a green dragon fountain and a platform in the middle of the water. Phyllis Belanger Mata remembers the water from the dragon smelled like rotten eggs, and Robert-Kitty Metz commented that the bottom was always so slimy. Families like Melanie Martin Dotson’s and Renee Champagne’s would pack up in the early morning and go for the day, teenagers would go with their friends to “dance and meet guys, of course,” said Sandra West.

The pavilion on the beach featured live music every weekend. According to Roger LeBlanc, bands included The Souvenirs, The Swing Kings, Lil Bob and the Lollipops, Tommy McLain, T.K. Hulin, Rod Bernard, Warren Storm, The Boogie Kings, and New Iberia's band, The Roadrunners, featuring Ricky Broussard. Bob Holbrook remembers when his band, Mr. Fancy would fill in for the Roadrunners. Mr. Fancy members included Bob, Kent Himel, George Cousin, Shelly Migues and Kevin Caffery. When there was no live band, big loudspeakers blared whatever was on the jukebox.

Carnival Beach opened in August 1962. The owners of the corporation were Cyrus Roy, president, J.E. Cummings, vice president, and H.J. Bergeron, secretary treasurer. Carnival Beach was leased to Whitney Leger, who ran it for twenty years.

On June, 15, 1980, tragedy befell the site eventually signalling an end to the fun: New Iberia native Rufus Darby Jr. drowned. It was determined that a snake had bitten him. The park closed down and they drained the water, and found that there were many snakes on the property. The park remained open for a while, but water activities were banned. Whitney Leger closed the park and ended the lease around 1982. Later the grounds were leased and reopened as the Watering Hole or the Rock and Roll Water Hole, and later Adventures in Reality. The swimming area never reopened. The property was sold to a private individual in 1984, thus closing Carnival Beach forever.

Is there anything from your life that is gone but not forgotten? People, places or things that set your mind on nostalgia? We’d love to do a Do You Remember story on them. Send an email to ellenf@daily-iberian.com and we’ll remember along with you.