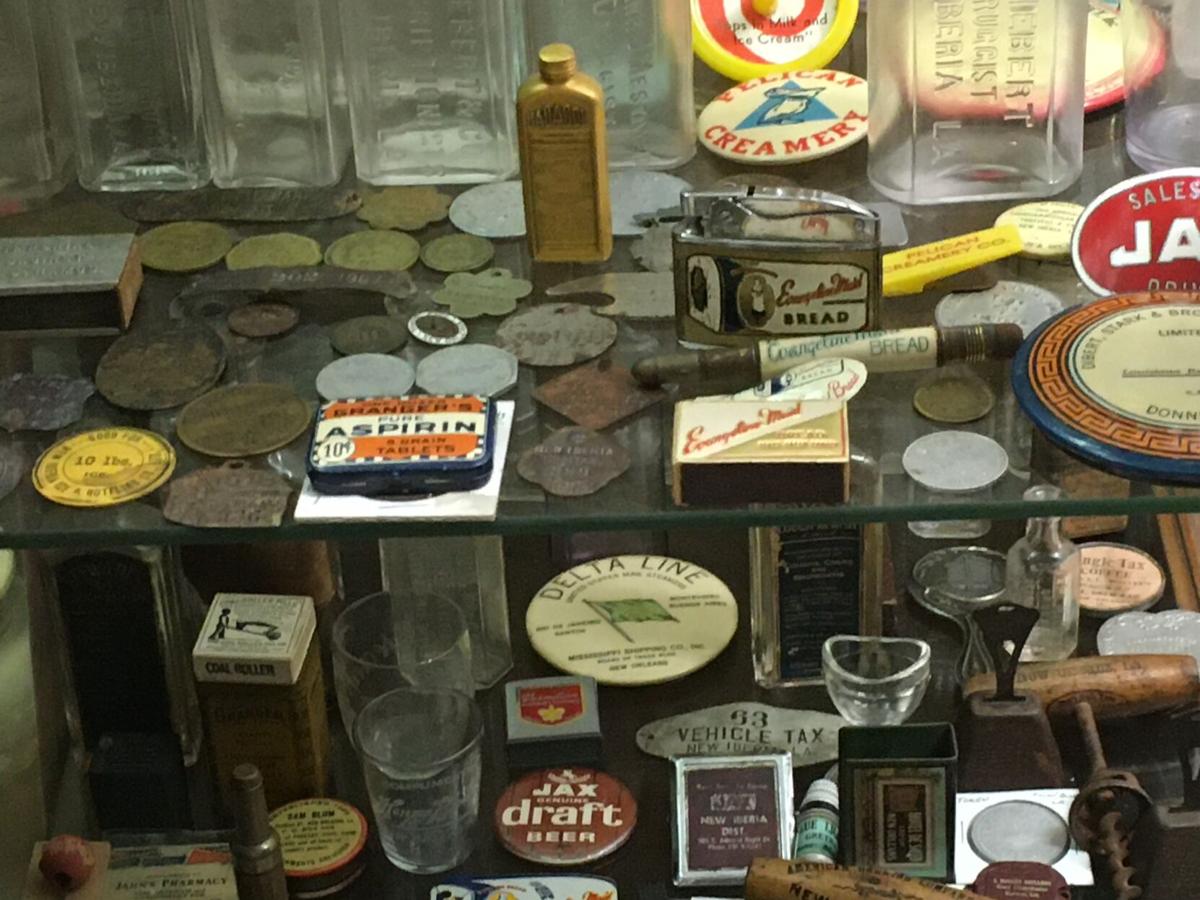 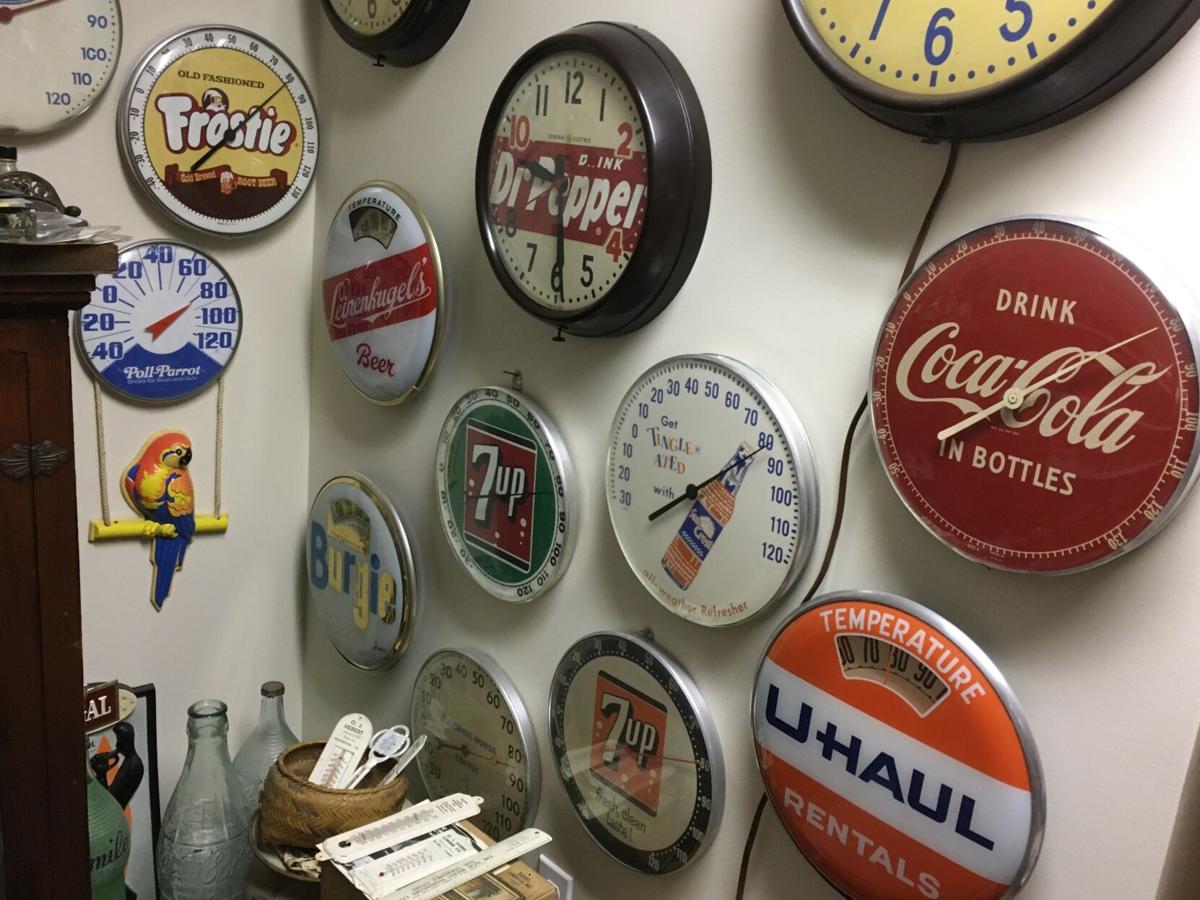 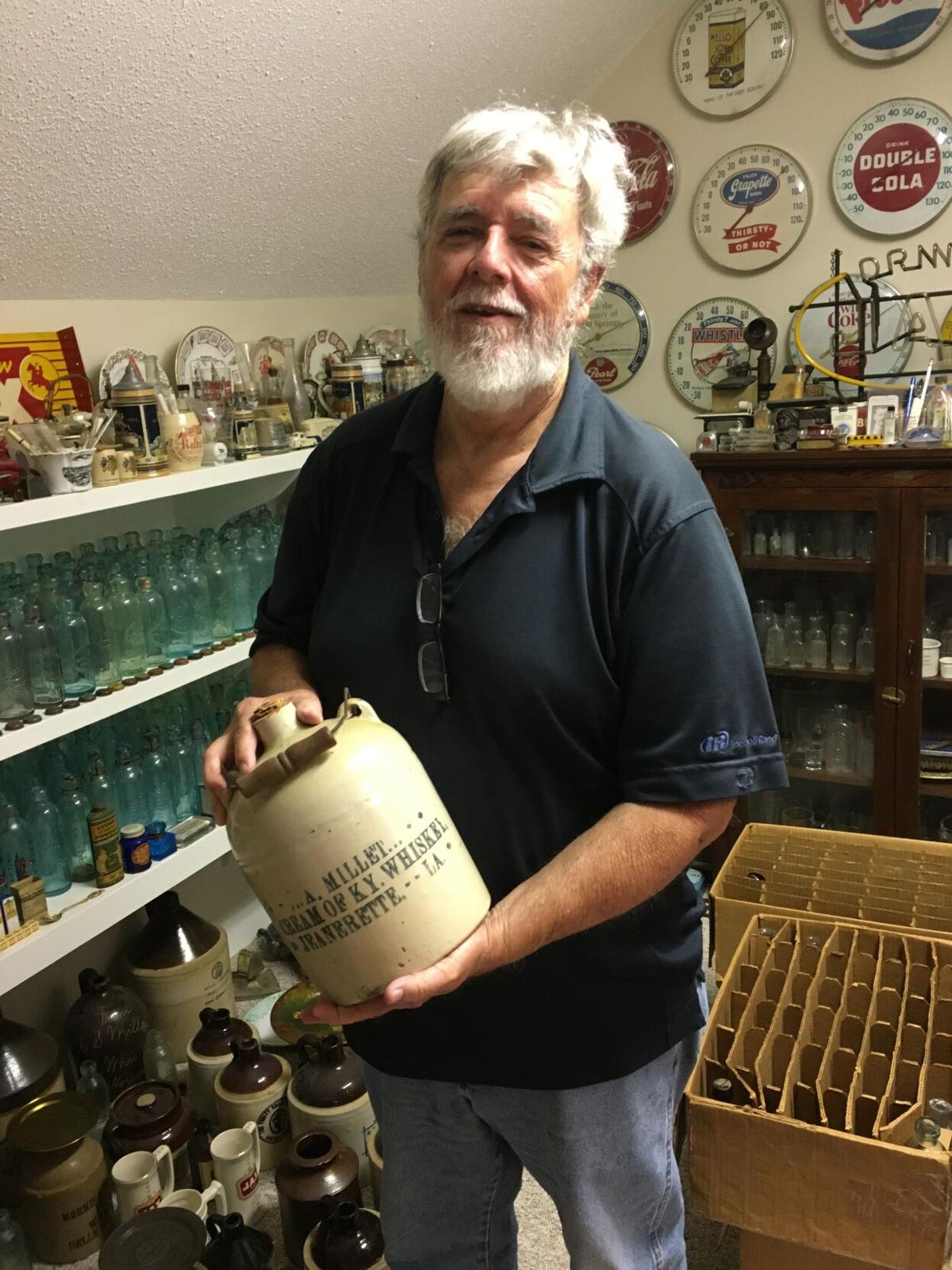 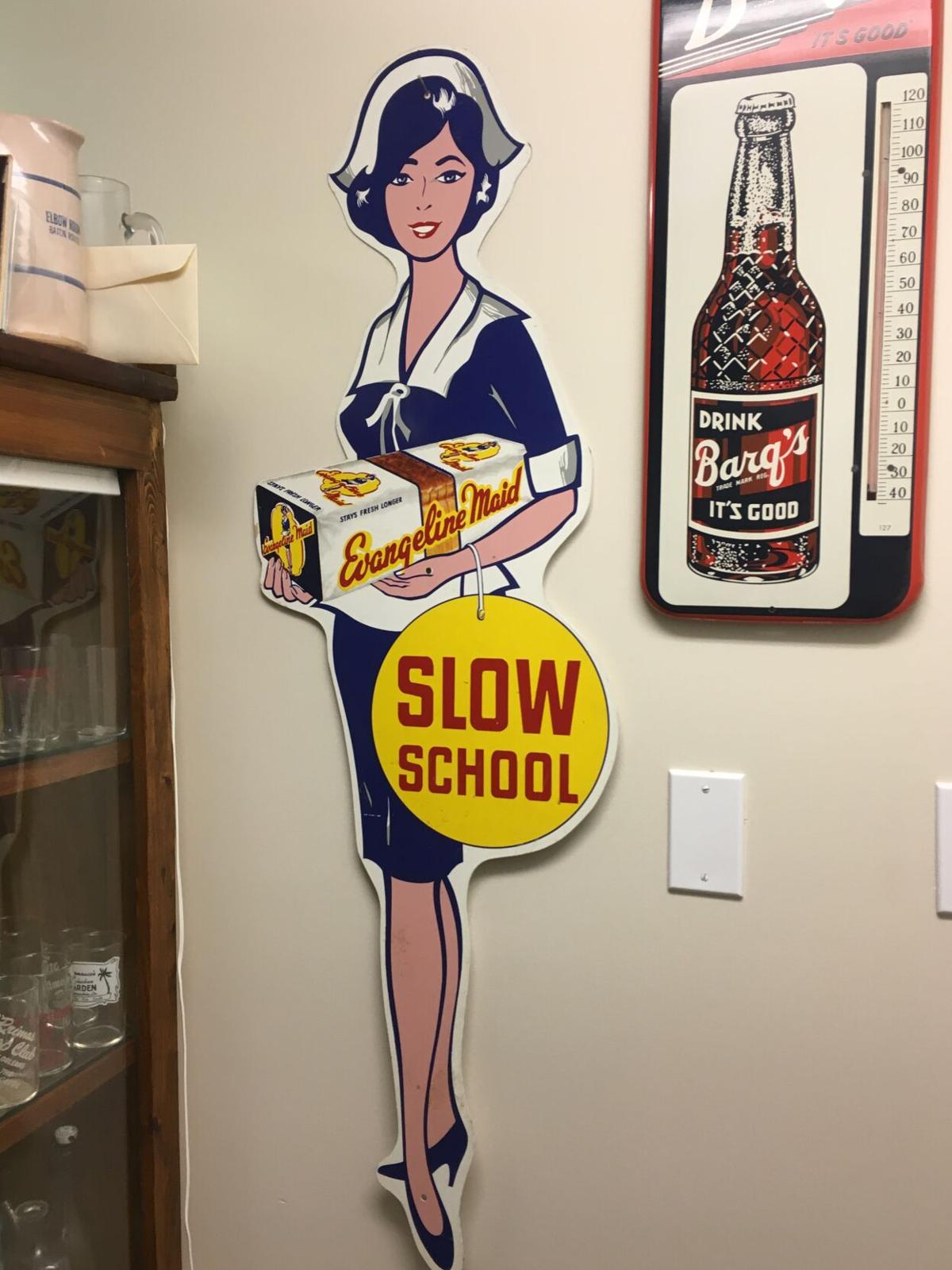 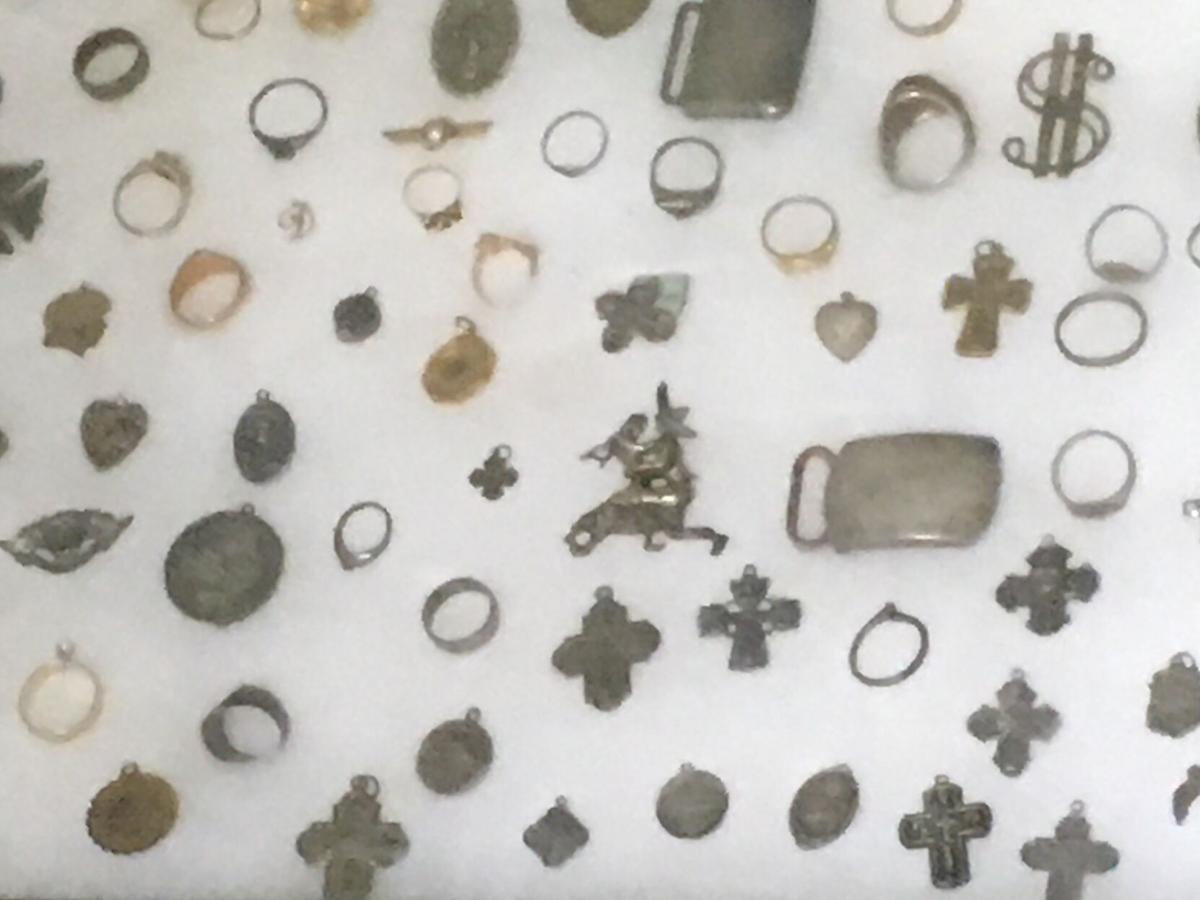 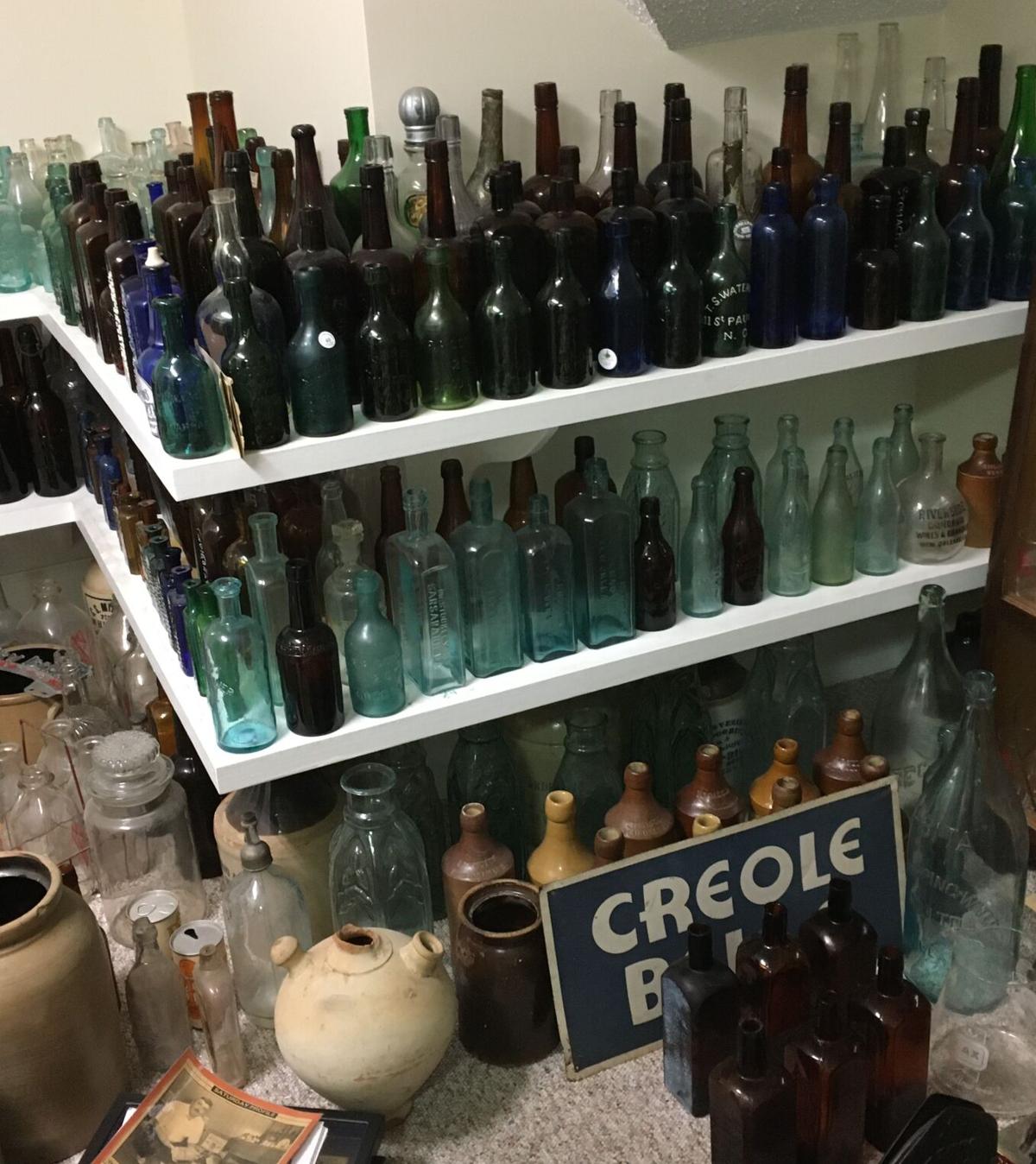 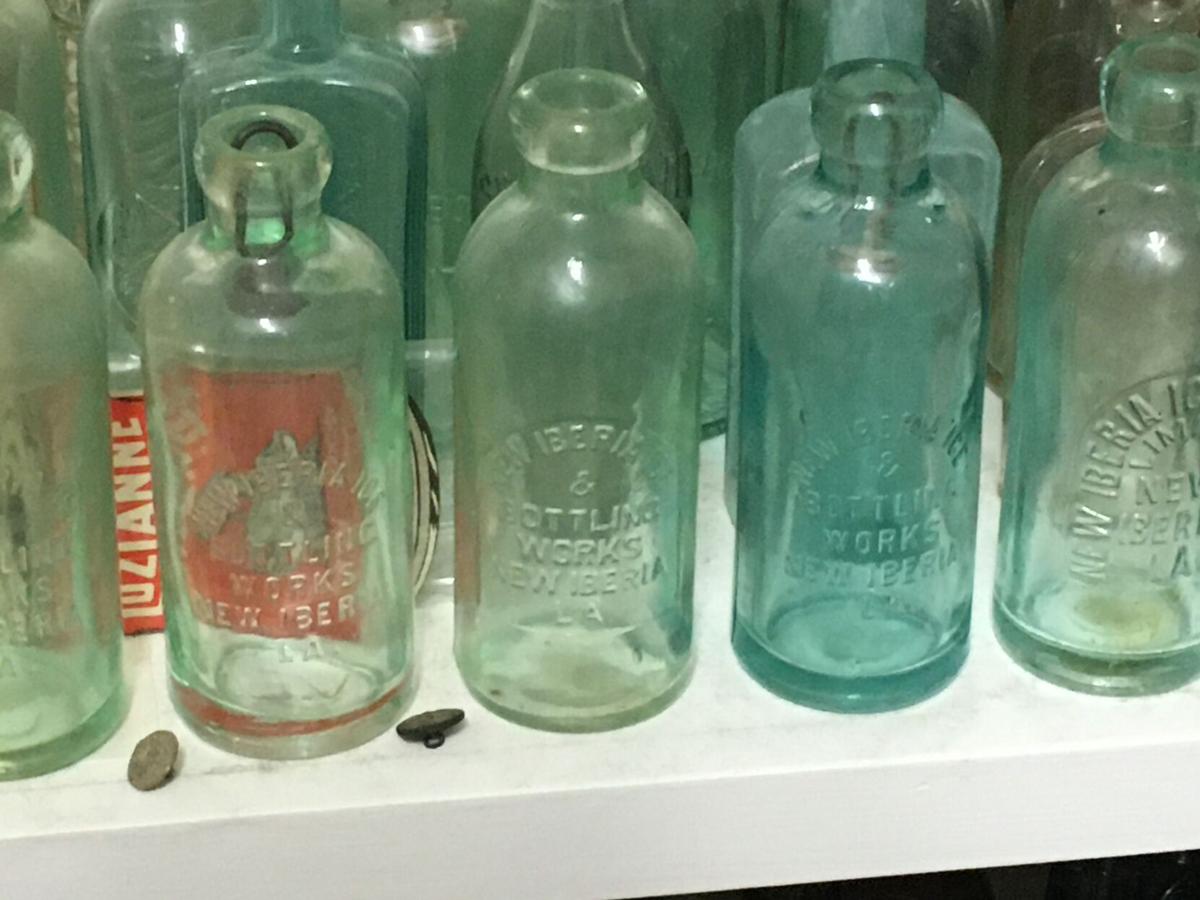 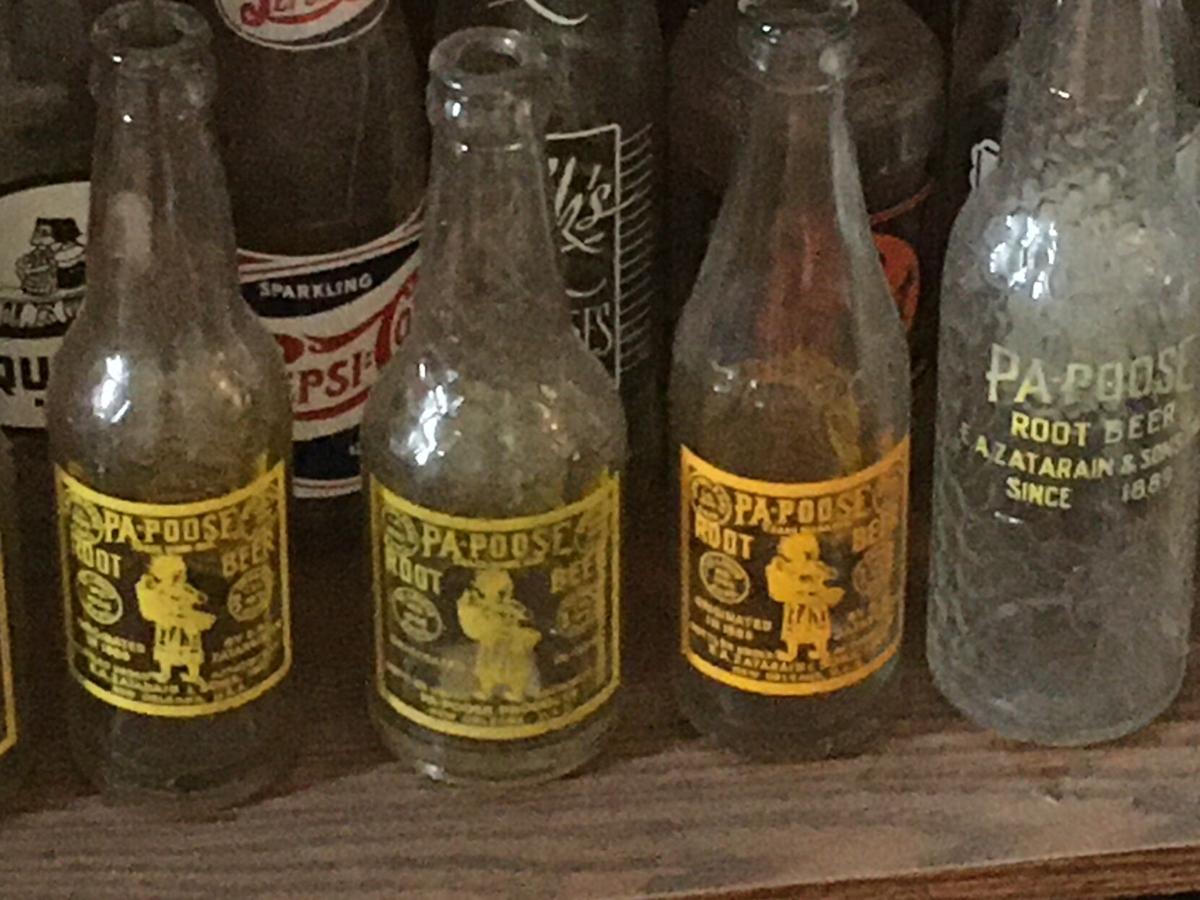 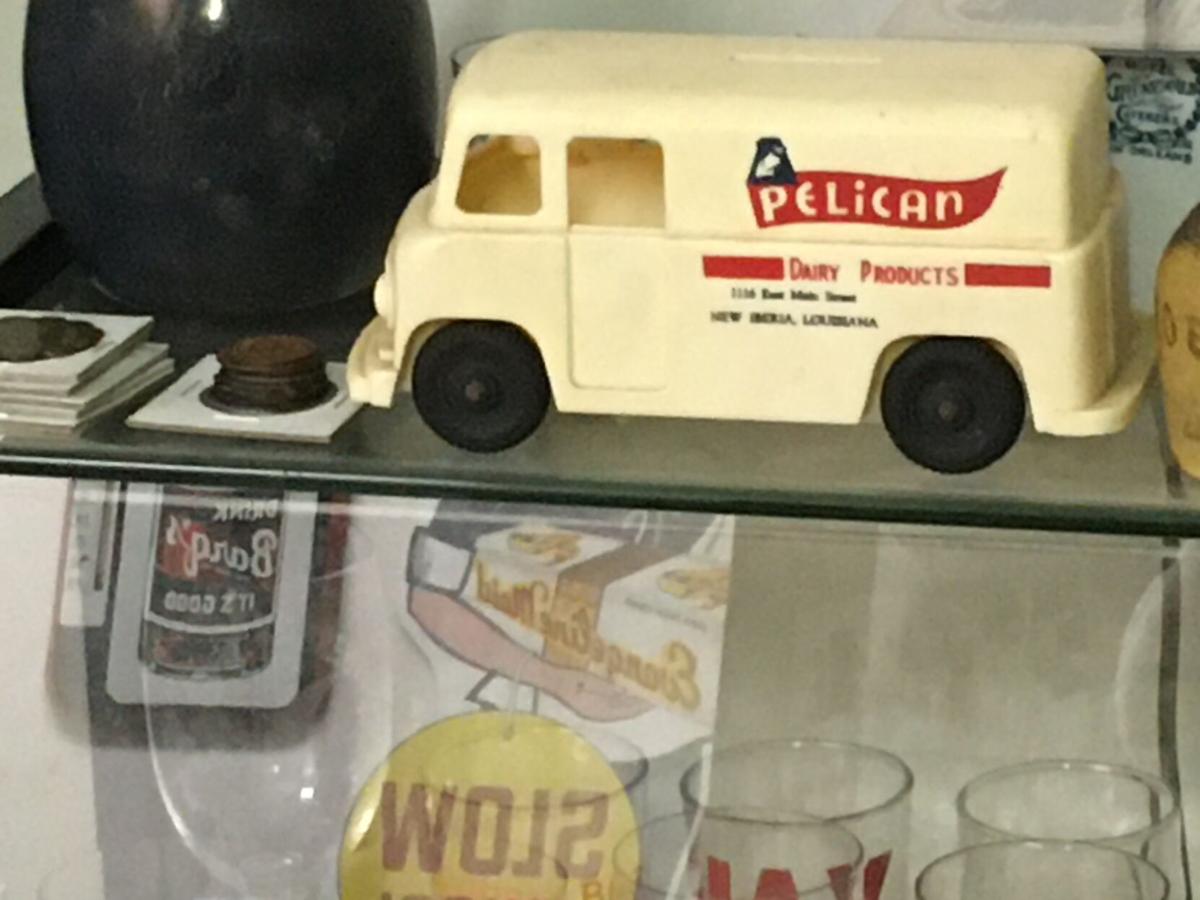 It all started in 1970, when Courtney Frioux was a sophomore at USL, studying for his teaching degree. “We had to take a speech class, to get used to talking in front of a crowd. One of our assignments was to give a speech holding something in our hands, to learn how to speak using deliberate hand motions,” said Frioux.

“I asked a friend of mine what he was going to talk about. He told me he’d read an article in the “Dixie Roto” magazine (the Sunday tabloid from New Orleans’ Times Picayune newspaper) about excavations happening at the site of the new stadium they were building in that city (the Louisiana Superdome, no less). He told me they were tearing down old buildings and finding artifacts, especially old bottles, some of them pre-Civil War,” he said.

“He was going to hold bottles in his hand when he gave his speech. That just sparked something in me, and I started getting interested in finding old bottles.” Frioux said he’s been a collector growing up, he’d gathered stamps, coins, baseball cards. Bottles just seemed the next item in the progression for him.

He began to learn about the different types of bottles one could find, how to tell old from new. The oldest bottles would usually be mouth blown, with bubbles or other imperfections. They would usually use a cork seal. As bottles became mass-produced, they were machined with crown tops sealed with bottle caps, then modern screw tops.

Labeling evolved through the years, as well. The oldest bottles would have embossed information in the glass of the bottle itself. Later, manufacturers used what was called applied colored labels, enamel or paint designs on the bottle used beginning in the 1930s.

Frioux has always been most interested in local history, and local bottles. “I only collect bottles from Louisiana, and my favorites are the ones from this area,” he said. “When I first started, I asked my dad, (Deputy Sheriff E.J. Frioux from Loreauville) what they did with their trash in his day, since there was no trash pickup. He told me they would just throw it on the side of the bayou. So I got myself a boat, and paddled along the Teche. I picked up about thirty or forty bottles. When I got back, we went through them. Many were modern bottles, but there were several that seemed old.”

“There was a lady who was a collector, Mrs. Aileen Yuetter, that my parents knew, so I took my bottles to her. Most of them she just looked at, but there were two bottles she seemed very interested in. She offered me five dollars for one, and sixteen for the other. Twenty-one dollars for two bottles. I didn’t sell them to her, and I have them to this day. They’re ante-bellum soda bottles, from the 1840s and 1850s.”

Frioux’s love for bottle collecting spilled over into the other great love of his life, his late wife, Kitty Foco Frioux. “I met Kitty when I was teaching at Jeanerette High. She was amazing, a woman who could stop traffic. I asked her on a date. She wanted to know where we were going. I told her we were going to look for old bottles. I think she thought that was code for going to the submarine races, or something. But later in our lives, when I’d tell the story, she’d say, ‘And you know what, we DID go look for old bottles’. Kitty passed away six years ago, and I miss her deeply. I’d do it all over again, if I had a chance.”

Collecting has not stopped with bottles for Frioux. He has amassed antique advertising pieces from Louisiana companies, including moonshine jugs, clocks, thermometers, signs, dishware and more, even a school zone sign featuring the Evangeline Maid herself. “I also have a bunch of old postcards of New Iberia, dated as far back as 1905, and a file of old bills of lading, invoices and such from New Iberia and area businesses,” he said.

Frioux also acquired some interesting items during Operation Impact, when Bouligny Plaza was being built. “There was an old barber shop on the site, and I found a shaving mug from 1915. It was the mug the shop kept for one of their patrons, Dr. Jilson Harper. His personal mug. It’s one of my best treasures,” said Frioux.

So what’s next? What is on his wish list? “Anything I don’t have,” he said with a wry smile. ”Seriously, I’d found a broken piece of china from the Hotel Frederic in New iberia. I sure would like to get an intact plate or bowl with their design on it.” So fellow collectors, be on the lookout. Courtney Frioux may have an item or two to trade for that Hotel Frederic china.