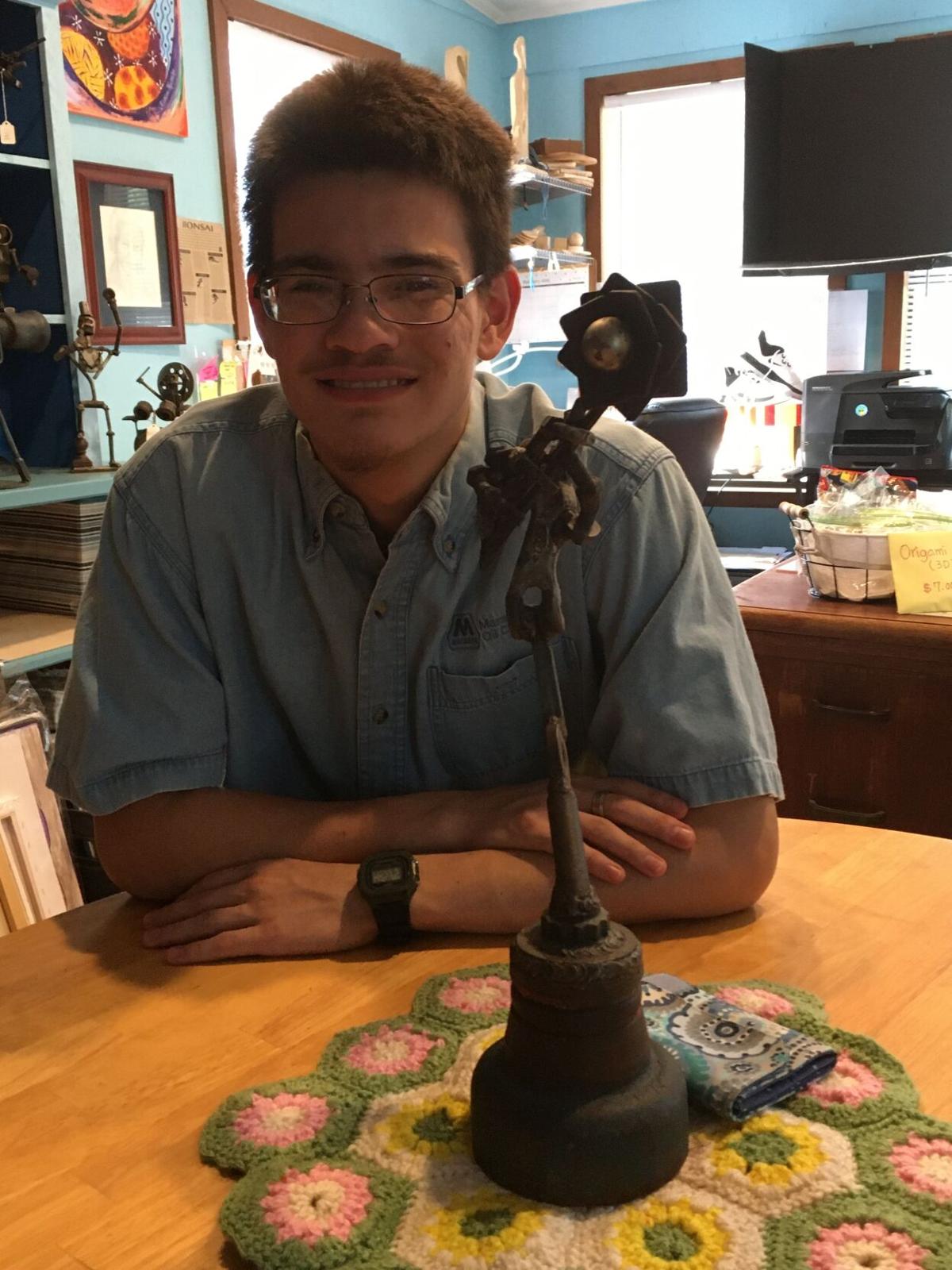 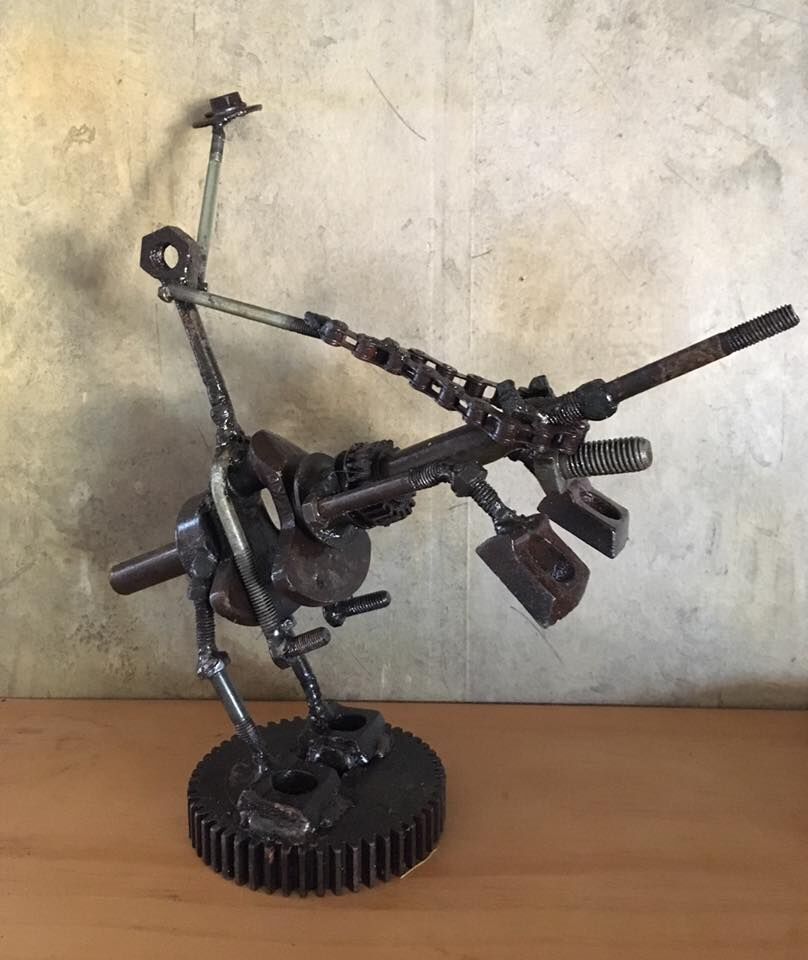 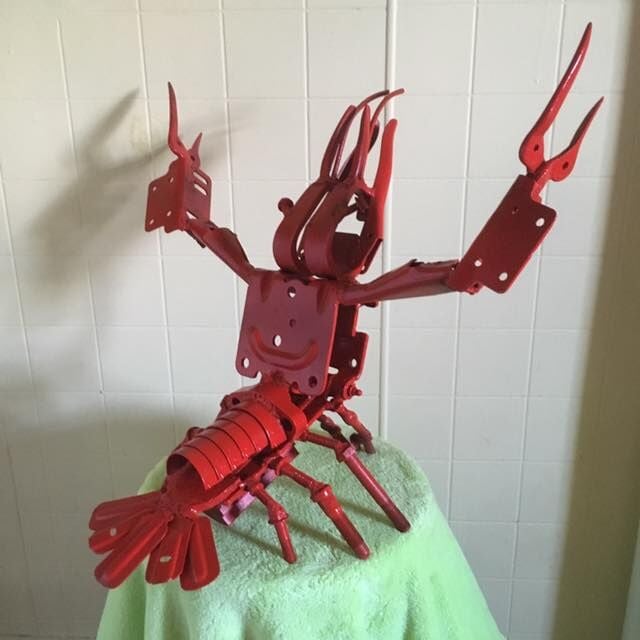 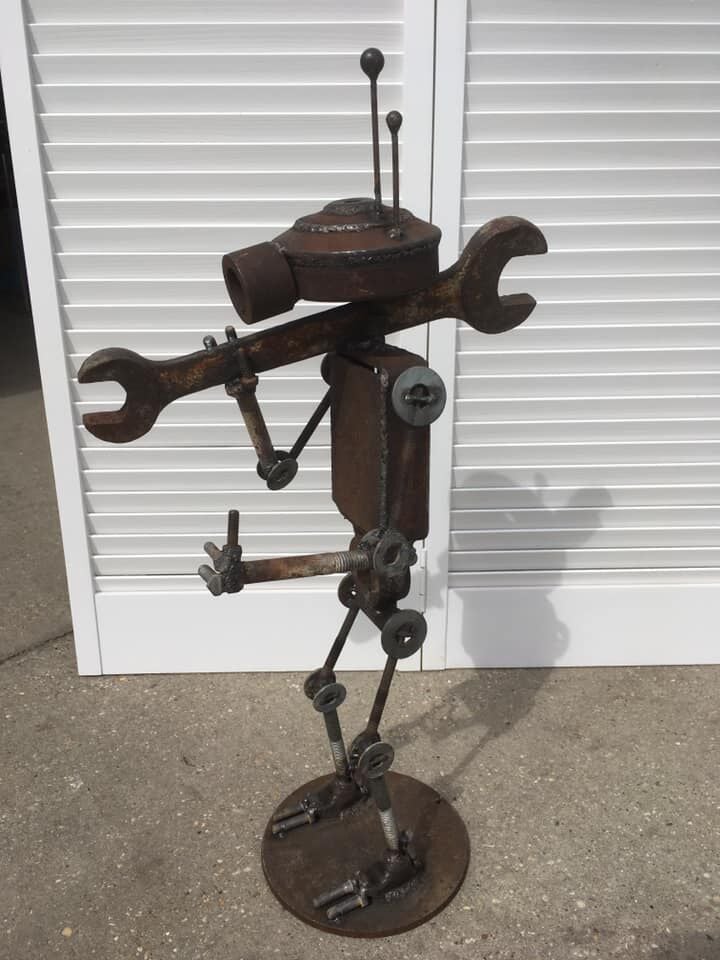 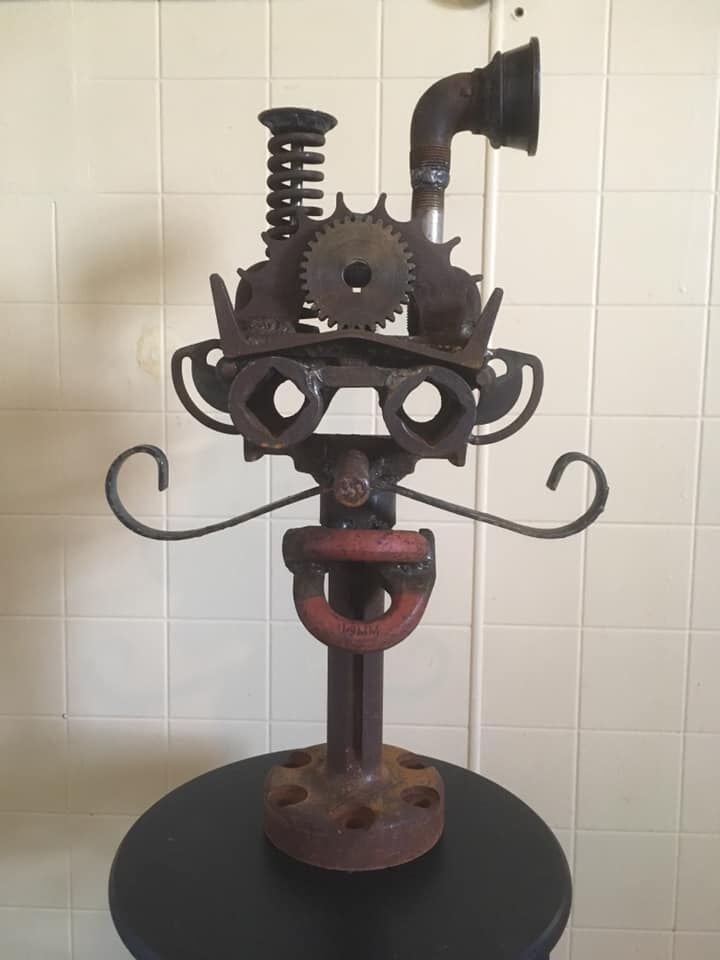 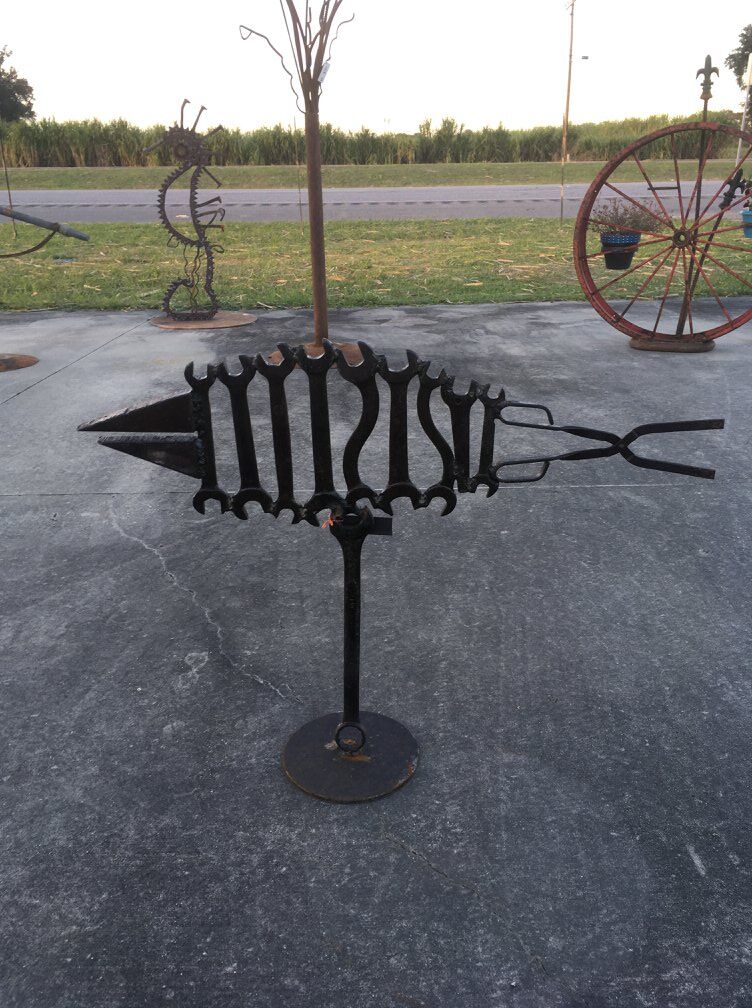 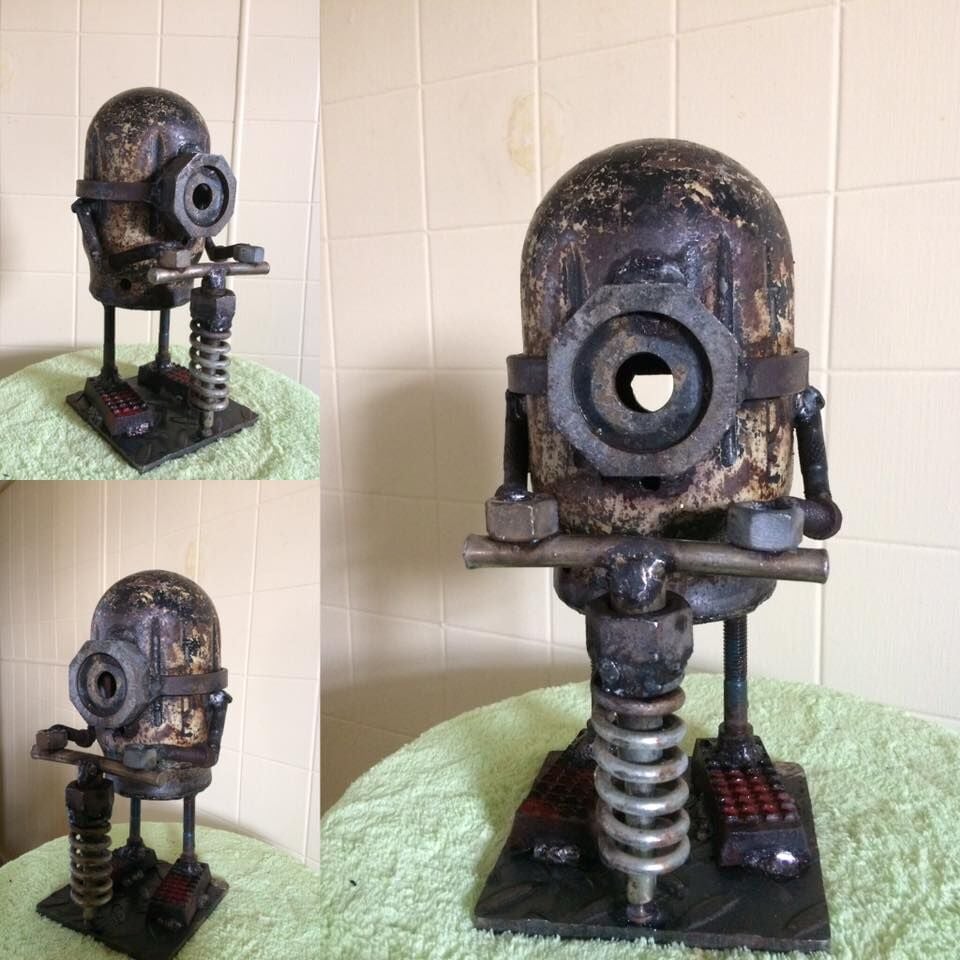 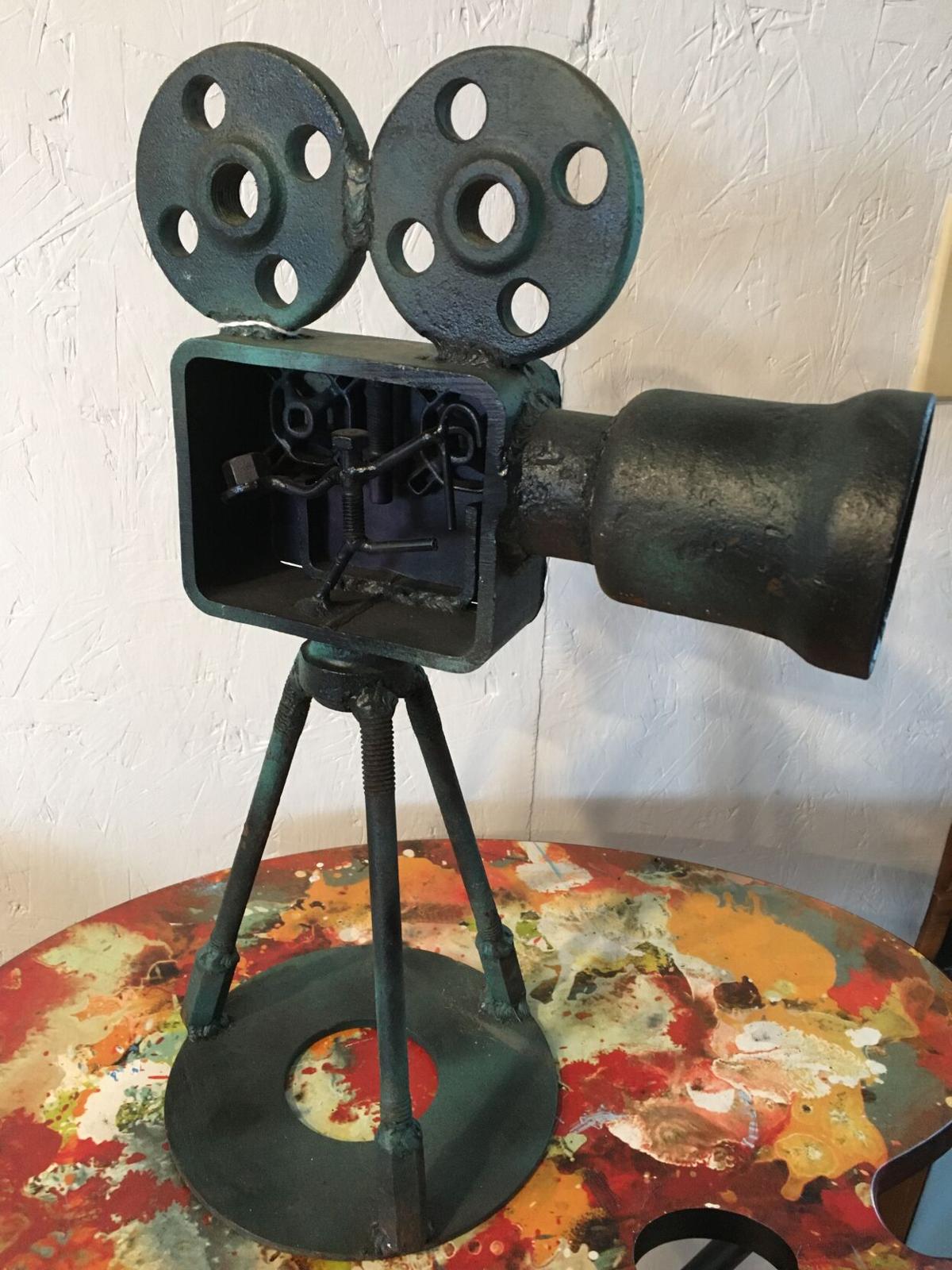 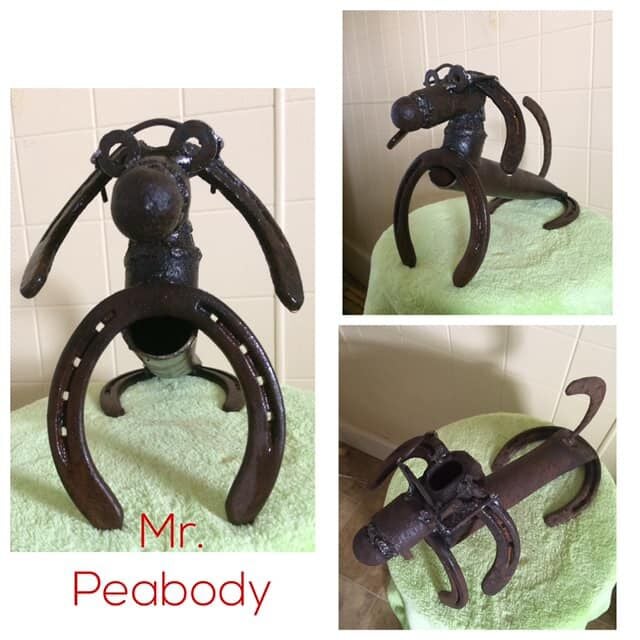 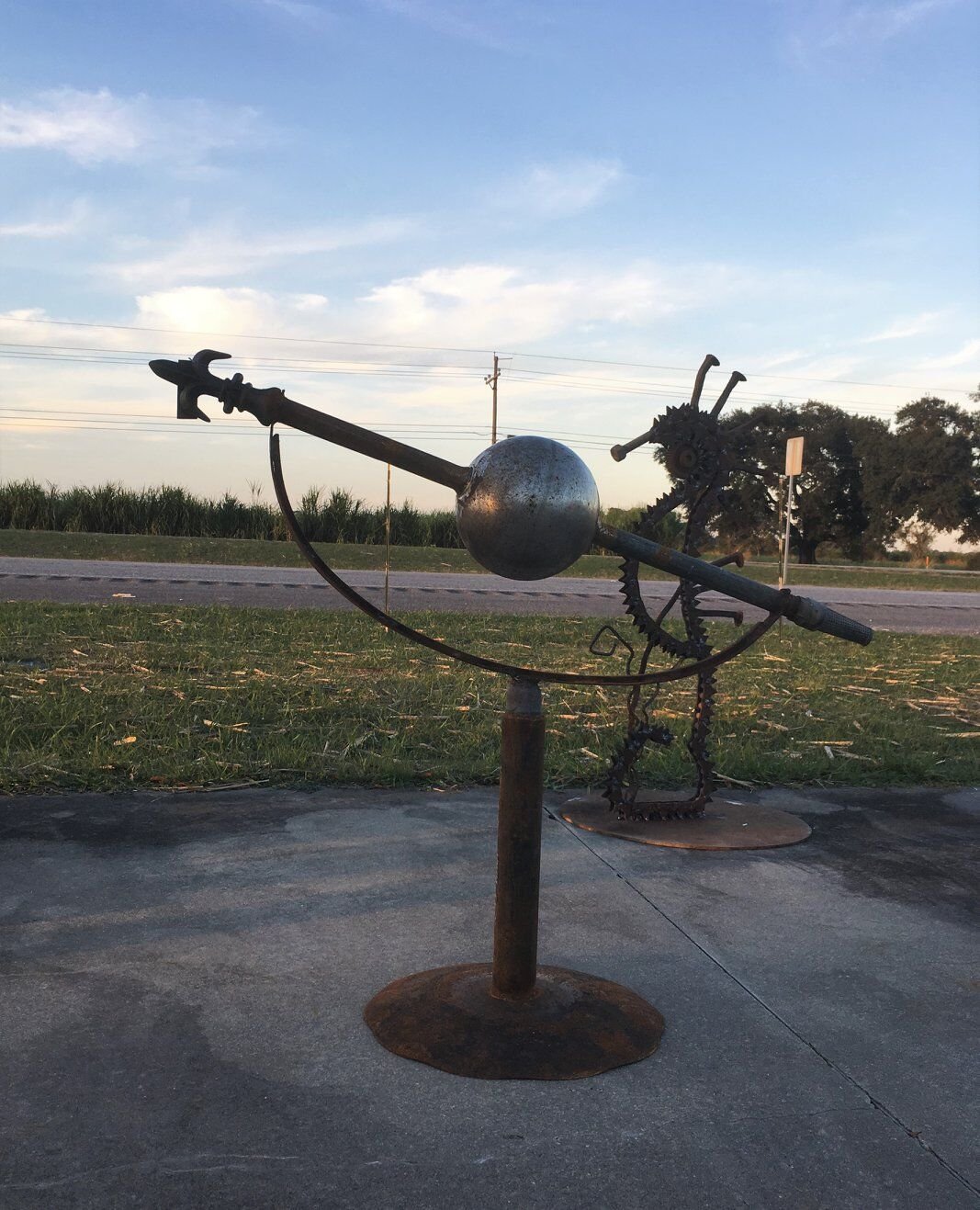 “Most people who hear about me and my art eventually learn that I have Asperger’s Syndrome. Upon hearing this, people would most likely group me into a category of people who can’t function on their own. Like a child that needs the constant attention of his parents. A burden, with this ideology in their minds, they will pity me. Think of my art as nonsense of a dysfunctional mind.”

“The truth is I am not like that. My mentality lies on the higher functioning part of this spectrum. I admit that I have my share of problems now and then. Be it emotions, problem solving, or even the normal circumstances that plague others. I may explode when the pressure of my emotions are hard to handle. Break when a simple problem eludes my greatest efforts. Crumble like those before me when life comes when life comes crashing down on them. My weaknesses do not make me less of a man. They strengthen my resolve as a person.”--- from the Artist Bio of Brad Crittenden, Brad’s Art and Metal.

Brad, 22, is a serious welding and fabrication genius. He learned the art of welding from his father. “He basically told me what not to do when welding,” said Brad. Handy to know, especially when working exclusively with metal. “You have to know how to treat the different metals,” he said. “All of them react differently, at different temperatures, and your best bet is to stick with one kind of metal for a piece, or at least those that react the same temperature-wise.”

He is also a Star Wars geek, one of his favorite pieces he’s done is a droid, with an oversized wrench as a weapon. “I liked his wrench, and I liked his body position. I get inspiration for my art through pop culture,” he said. ”I don’t want people trying to read any seriousness into it. I usually make stuff because I like it.”

His pieces, which can be as small as paperweights or as large as 5 feet, are carefully thought out compositions, using metal scraps from body shops and junk yards. He’s got a remarkable eye for form, and a wicked sense of humor to go along with it.

He once built a dinosaur from the metal backbone of a recliner. His piece, "Old Hollywood,” depicts an old-time movie camera welded of metal cams, rods and assorted containers, featuring a figure dancing on the inside of the open body of the camera.  He’s done robots, angels, cowboys, minions, animals, flowers, even a crawfish.

He hails from a family of artists, and they live in a house that fairly screams art. Outside, there are multiple metal sculptures placed in the front yard and parking area. Inside, there are more of Brad’s sculptures, plus paintings by his mother, Michiru Kusaka. His dad welds, and his brother John does woodburning. There is a well-tended garden, with several planters designed by Brad, and carefully-placed stepping stones leading up to the kitchen.

He says he was attracted to metal as an art form because it represents something strong and unyielding, qualities that he desires. He likens welding art to writing stories. “The words of a book each have their own meaning and use, but are useless when not together. Same goes for the parts I use in my welding art. Welding rod is my pen, the finished art is my book.”

In his spare time, Brad reads, usually heroic stories. He is drawn to Steampunk, adventures in space, robots, and knights. He and his mother participated in the April Artwalk in New Iberia, as well as the Arts & Crafts at the Shadows earlier in March. “I did okay at the Artwalk, I didn’t sell anything. The Shadows show was good,” he said.

Brad Crittenden, author of metal stories, creative dreamer of strength, unyielding genius. Or he just made a robot for the hell of it.