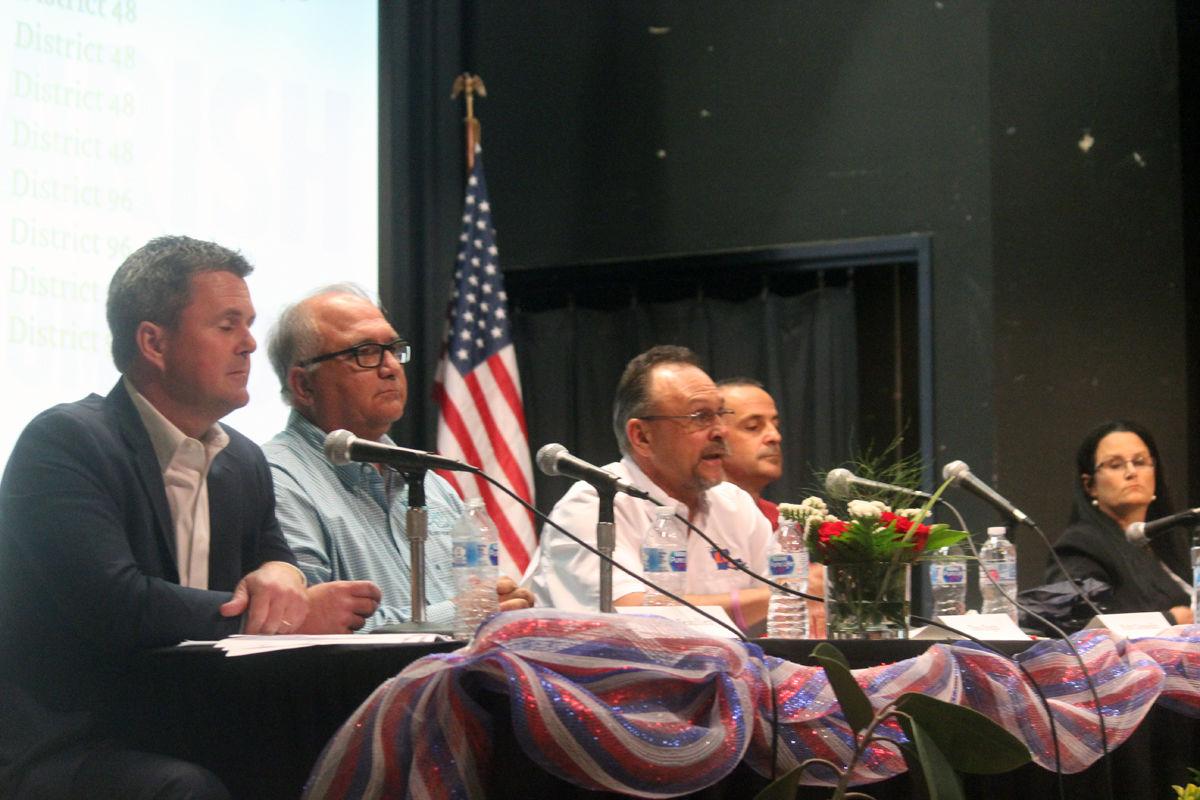 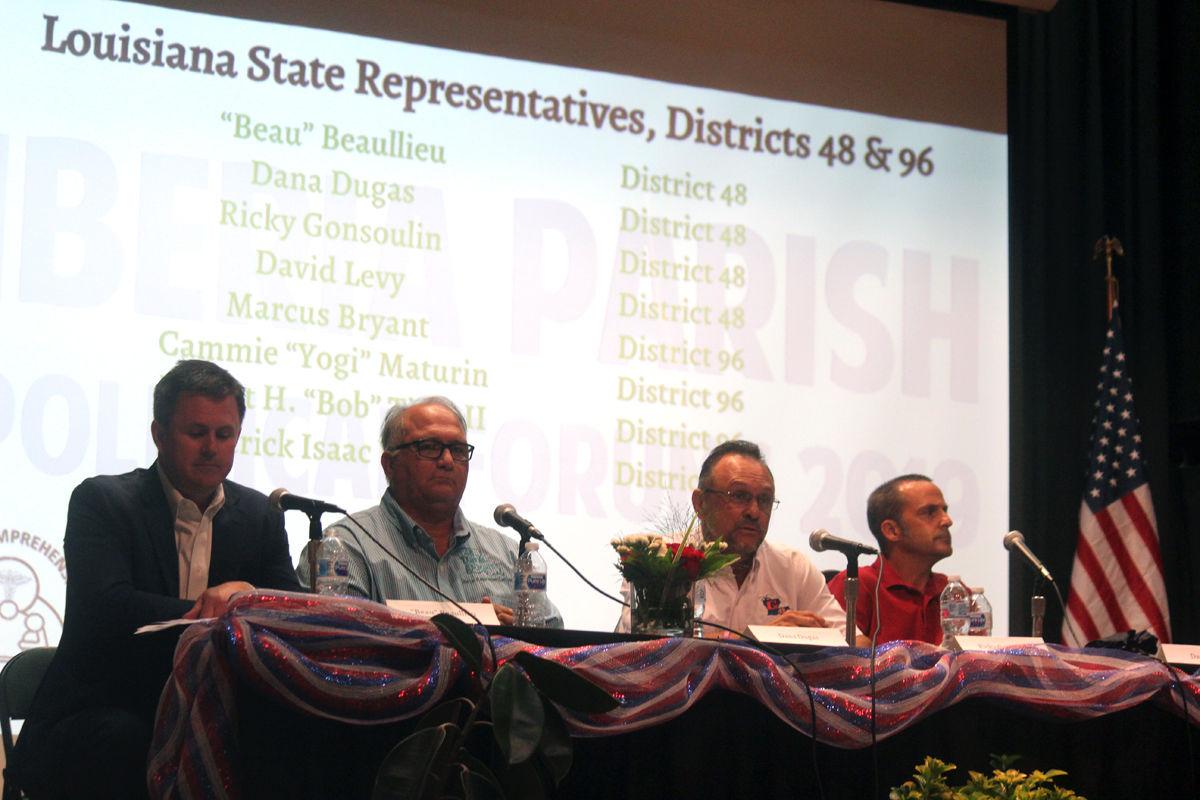 Candidates for the state House of Representatives District 48 seat, from left, Beau Beaullieu, Dana Dugas, Ricky Gonsoulin and David Levy are introduced at a candidates’ forum at the Sliman Theater Wednesday. 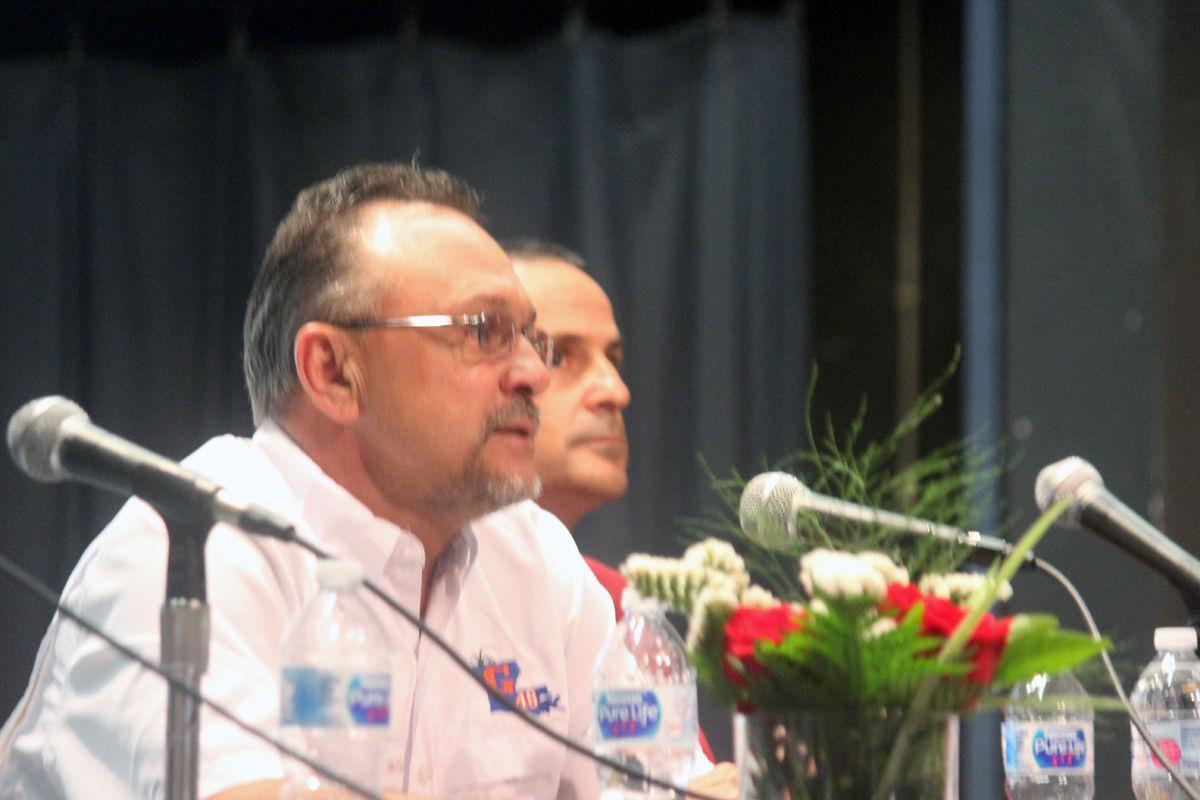 Ricky Gonsoulin speaks about his candidacy for the District 48 House seat as David Levy listens. 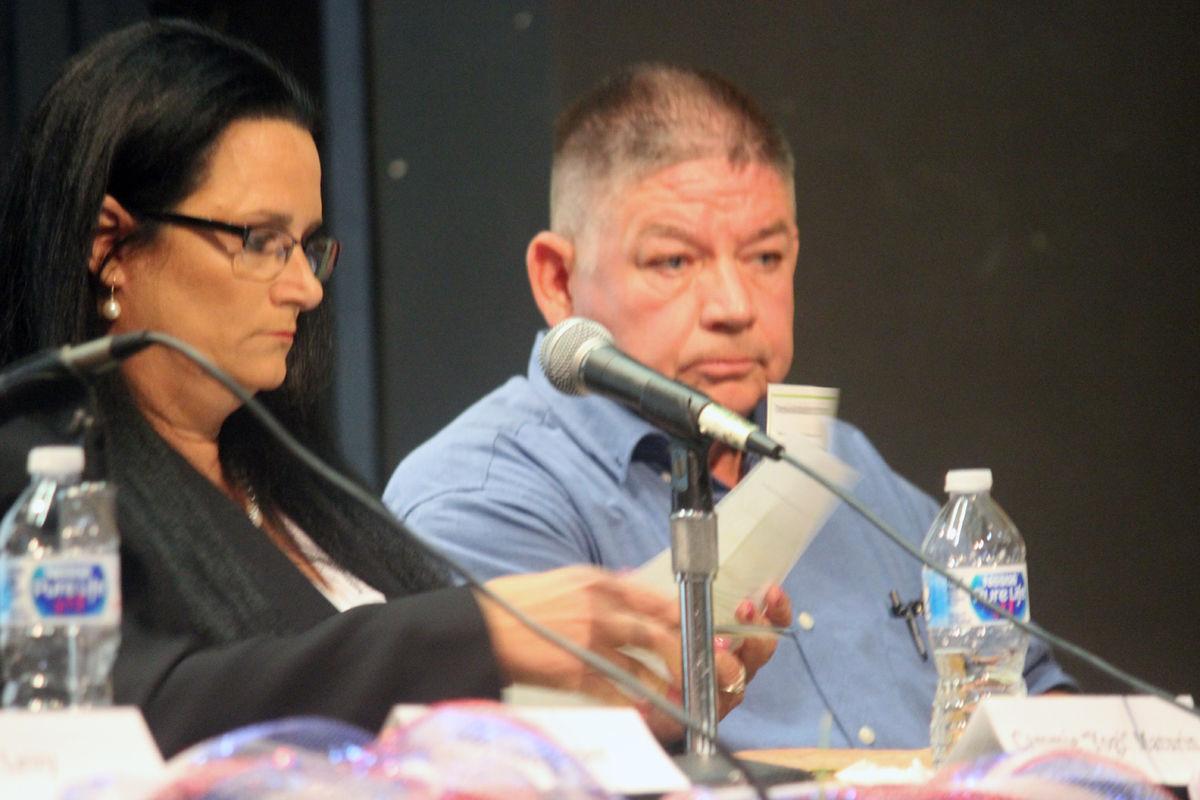 Cammie Maturin, left, looks over her notes for the state representative forum.

Candidates for the state House of Representatives District 48 seat, from left, Beau Beaullieu, Dana Dugas, Ricky Gonsoulin and David Levy are introduced at a candidates’ forum at the Sliman Theater Wednesday.

Ricky Gonsoulin speaks about his candidacy for the District 48 House seat as David Levy listens.

Cammie Maturin, left, looks over her notes for the state representative forum.

The Greater Iberia Chamber of Commerce ended its third night of political forums Wednesday night, highlighting the candidates running for the most high-profile seats for the October election.

The event took place at the Sliman Theater with a forum combining the District 48 and District 96 state representative elections, which are both open seats after Taylor Barras termed out and Terry Landry opted not to run for a third term.

The seven candidates were asked several questions that spanned some of the hottest topics at the State Capitol, from business development to road maintenance and healthcare.

For the District 48 race, the conversation revolved around several key issues. Dugas and Gonsoulin, who both currently serve in local government, chastised a “mandate-heavy” state government that is giving local government more responsibility without the funding.

Gonsoulin, an Iberia Parish farmer, said if elected he would be totally against the raising of any future taxes. Dugas advocated for a “common sense” approach to state government while Beaullieu explained specific policies, especially in terms of healthcare, that he said would raise the quality of life and support business in the state.

Levy, who has worked in the oilfield for more than 20 years, was the only Democrat in the race, and advocated for solar panels to replace the oil and gas decline in the local area.

When it came to the state Department of Transportation and Development, all except Levy agreed that too much of the department’s funding was going toward “pencil pushers,” as Gonsoulin put it, and not enough to putting asphalt on the ground.

When asked if they supported Medicaid expansion, Dugas said the rollout affected hospitals too negatively. Beaullieu, on the other, said now that the program is already here state government should focus on incentives like public-private partnerships to employ local residents to be put on private insurance.

As a stark contrast, Levy supported Medicaid expansion, along with focusing on renewable energy and putting a stop to giving corporations so many tax breaks.

For the District 96 race, Maturin pointed to her career as an educator as a platform she would use to fix educational problems across the state, which she said would lead to business development in Louisiana.

Bryant, who left midway through the forum, supported Medicaid expansion and also supported removing tax breaks from oil corporations that could go toward things like road maintenance.

The forum was followed by a forum for Iberia Parish Sheriff candidates.

There will be a new sheriff in town come 2020, and Wednesday night five candidates took to the stage at the Sliman Theater to convince local v…