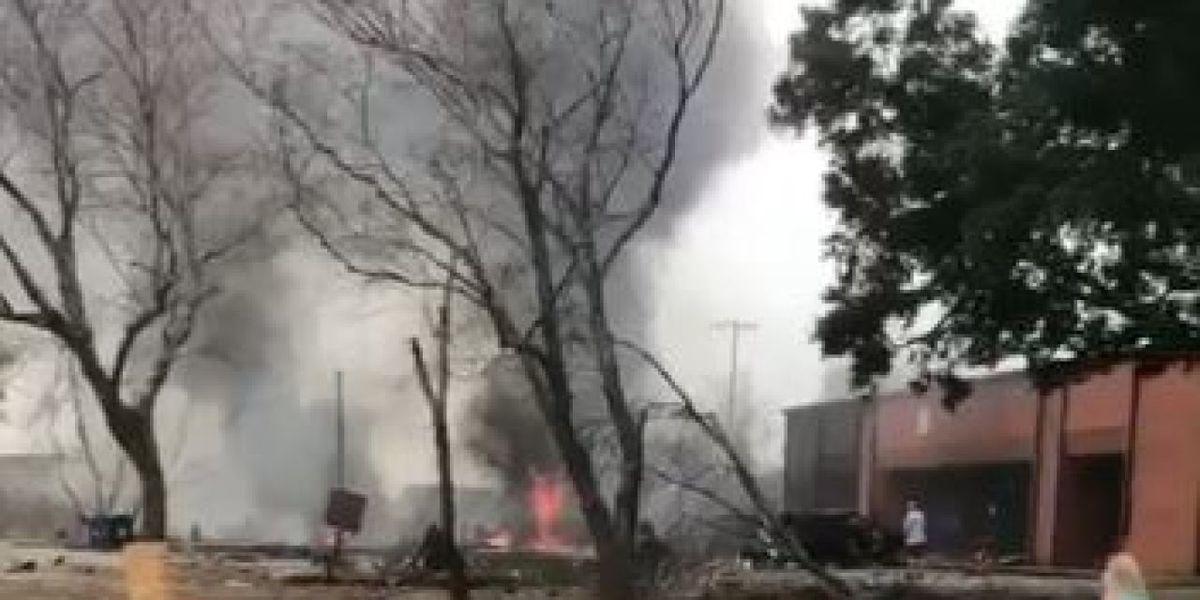 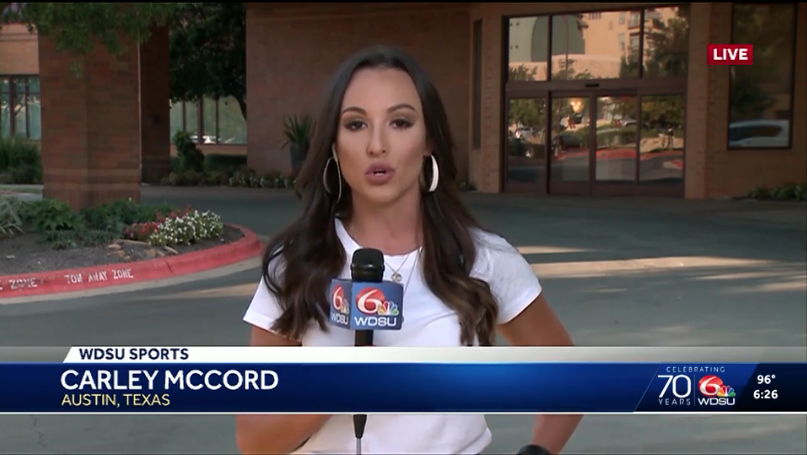 Carley Ann McCord, a sports reporter for WDSU TV in New Orleans and the daughter-in-law of LSU Football Offensive Coordinator Steve Ensminger, is one of the five people killed in an airplane crash Saturday morning in Lafayette.

Carley Ann McCord, a sports reporter for WDSU TV in New Orleans and the daughter-in-law of LSU Football Offensive Coordinator Steve Ensminger, is one of the five people killed in an airplane crash Saturday morning in Lafayette.

LAFAYETTE — The victims in a Saturday morning plane crash in Lafayette have ties to both a Lafayette tech company and, in the case of one victim, the LSU Tigers' football coaching staff.

Steven Ensminger Jr., the son of LSU Football Offensive Coordinator Steven Ensminger, has confirmed that his wife, television sports reporter Carley McCord, was one of the five victims killed in a Saturday morning airplane crash in Lafayette.

Several of the victims on board the aircraft have ties to Global Data Systems, a Lafayette technology firm. According to Louisiana Secretary of State records, the plane is tied to at least two companies under the control of GDS' founder, Chuck Vincent, and his son and current president, Chris Vincent.

According to a Lafayette Parish Fire Department spokesman, the five victims' names are:

- Ian E. Biggs, 51, the plane's pilot, has been employed as the pilot and aircraft manager for GDS since April, 2001, according to his LinkedIn profile. He also lists serving as a pilot for Southern Lifestyle Development on his profile.

Another passenger in the aircraft, Stephen Wade Berzas, 37, the vice president of sales for GDS, remains hospitalized and in critical condition.

GDS was founded in 1987 in Lafayette, where it is still headquartered. It currently also operates offices in Houston, Baton Rouge, Lockport and New Orleans, according to its website.

The aircraft, a Piper PA-31T Cheyenne, is a twin-engine turboprop manufactured in 1980. According to the Piper Aircraft corporate website, it has a crew of two and can carry from four to six passengers with a cruising speed of 244 mph and a range of 1,700 miles.

The spokesman said the passengers were on their way to the Peach Bowl in Atlanta when the crash occurred.

The Daily Iberian will continue updating this story as more details are released.

LAFAYETTE - A small airplane crashed Saturday morning in Lafayette, leaving five people onboard dead and four other people being treated at a …