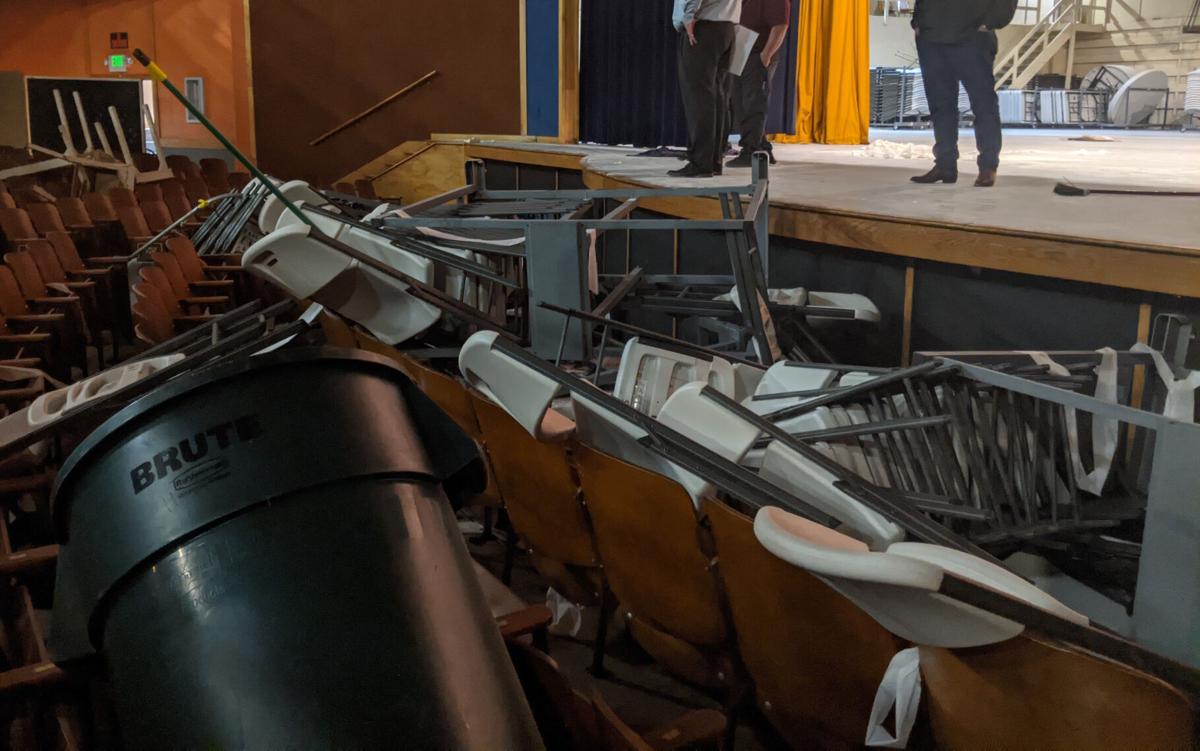 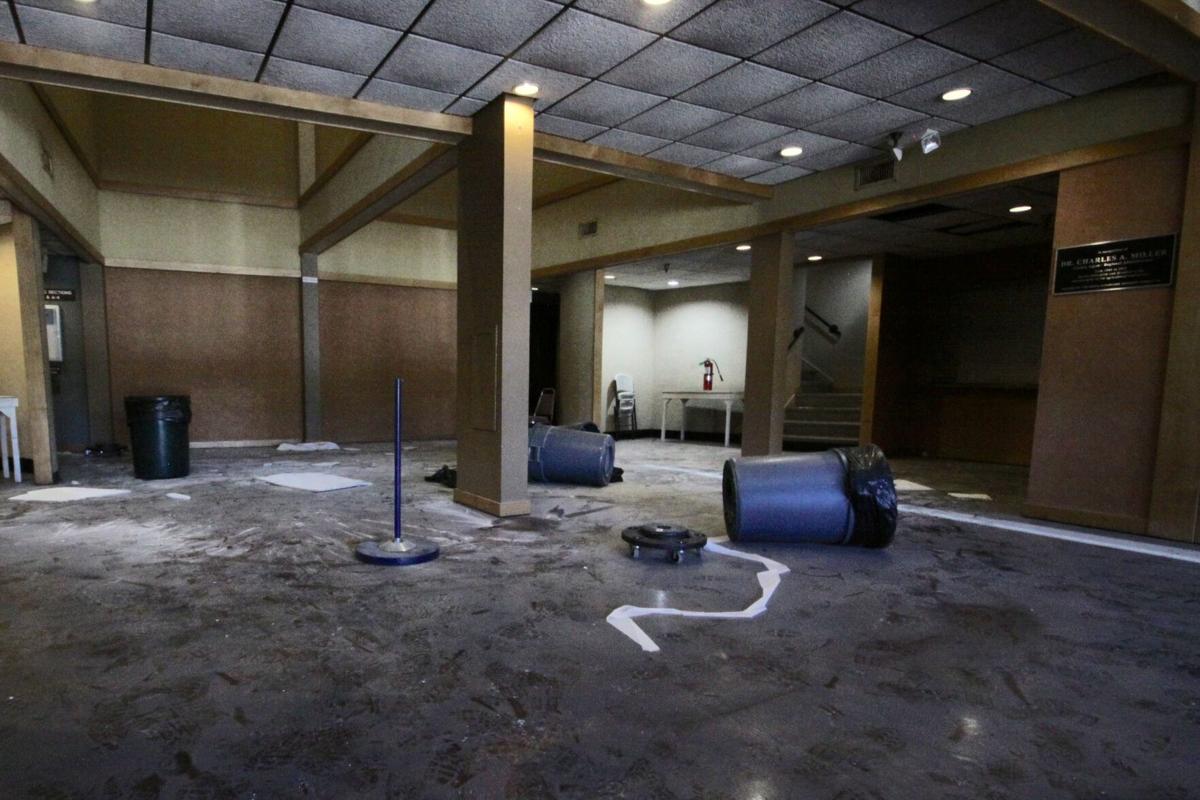 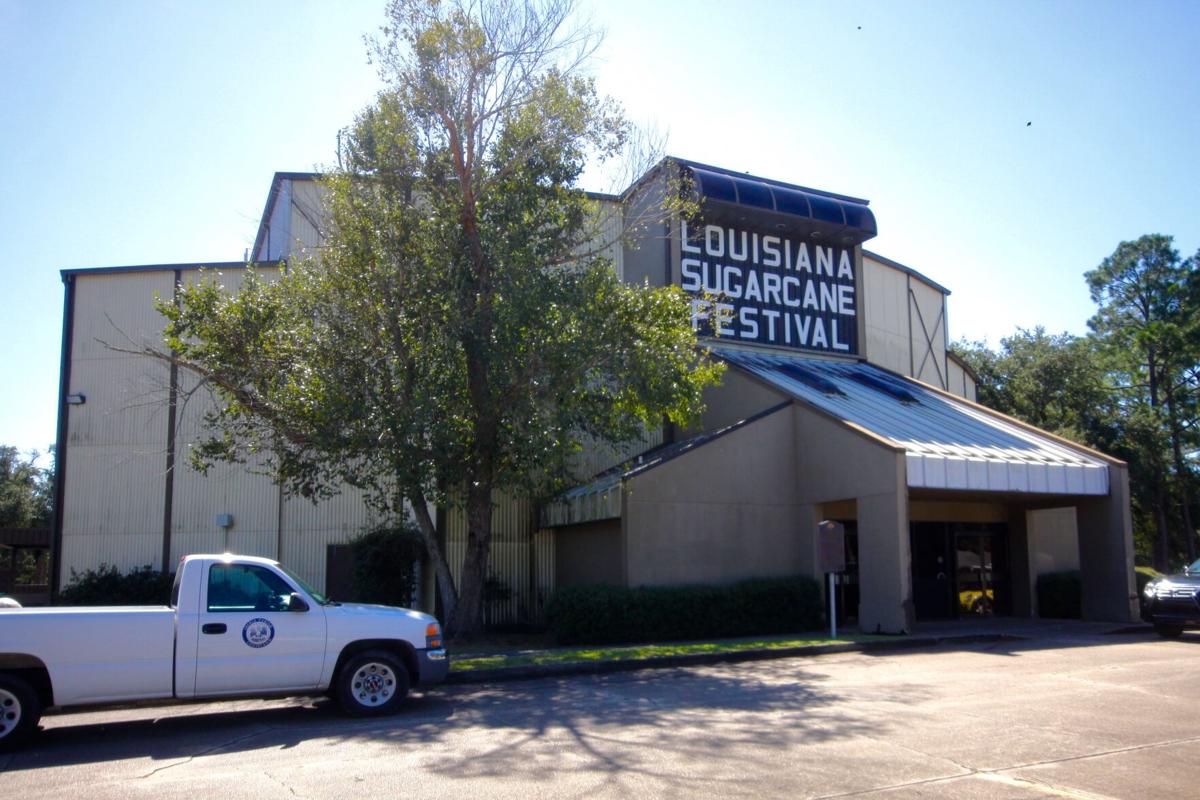 Parish officials were on the ground Tuesday to evaluate vandalism done to the Sugar Cane Festival building adjacent to New Iberia’s City Park earlier this month and formulate a plan for getting the facility back in working order.

“They got some damage,” said Iberia Parish President Larry Richard. “I can’t tell you what the value is. The insurance company is doing an assessment, but I haven’t heard back on what the insurance adjuster will say.”

According to the New Iberia Police Department, the damage occurred sometime between Aug. 28, when Hurricane Laura passed through, and Sept. 14, when the damage was discovered and reported to police.

A New Iberia Police Department spokeswoman said officers found severe damage done to the inside of the building, including chemicals from fire extinguishers discharged all over the floor, broken light bulbs, exit signs, cabinets and other furnishings. There were destroyed ceiling tiles and shattered mirrors and glass, as well as damaged seating.

Carts that held folding chairs used for performances were rolled off the stage, apparently as fast as they could be pushed, and launched into the auditorium seating, damaging some of the wooden fold-up permanent chairs in the facility. Other furniture, tables, and trash cans were also strewn around the auditorium.

There were also other, more extensive acts of vandalism to the building’s infrastructure. A cursory walk through of some of the public areas of the building gave the impression of damage that could run into the hundreds of thousands of dollars.

“When you start to look at it, you see other things, like the HVAC system,” Richard said. “The  fire suppression system was damaged, so that creates some issues. We want to get it addressed as soon as possible.”

According to police, officers were able to collect fingerprints as well as shoe prints left in the dust from the fire extinguishers. Graffiti spelling out “Hi Rollers” and “Crip” was spray painted on the walls of the building as well.

Richard said he is hoping all of the damages will be covered under the parish’s insurance policy.

New Iberia Police ask that anyone having information on the vandalism to please contact the department at (337) 369-2306 or call Iberia Crime Stoppers at (337) 364-TIPS.