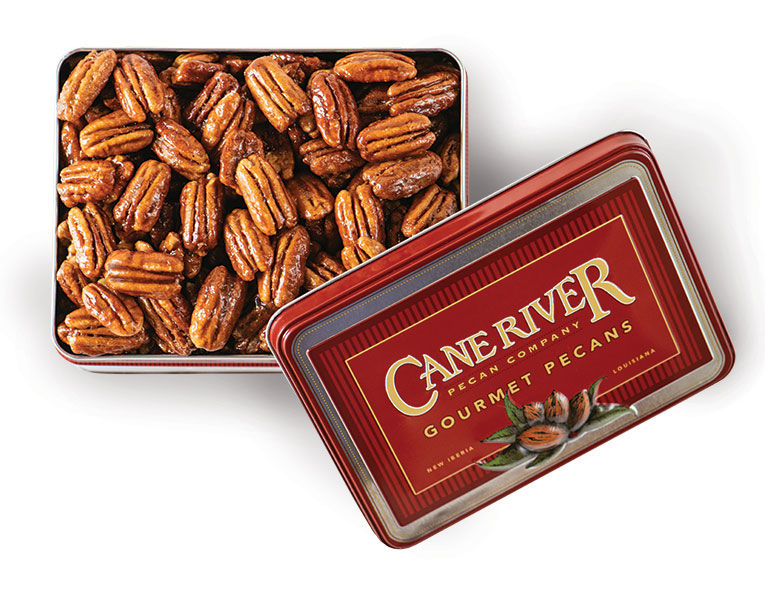 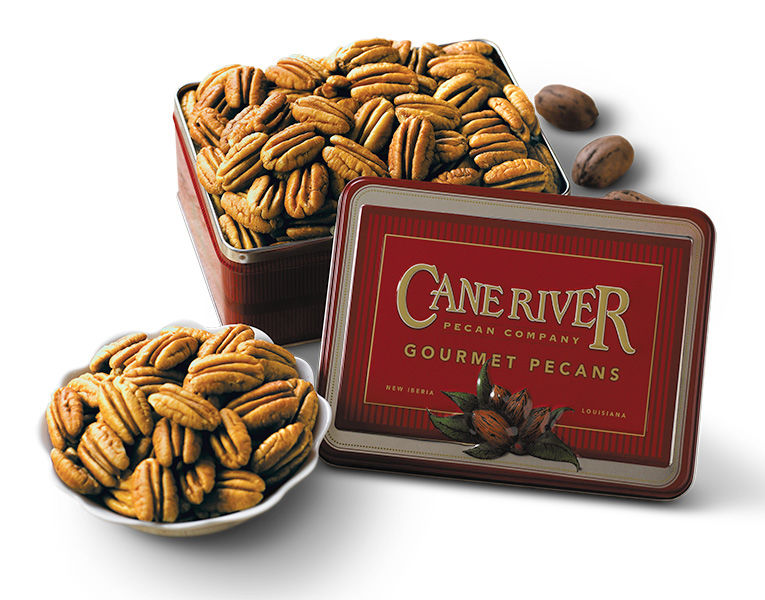 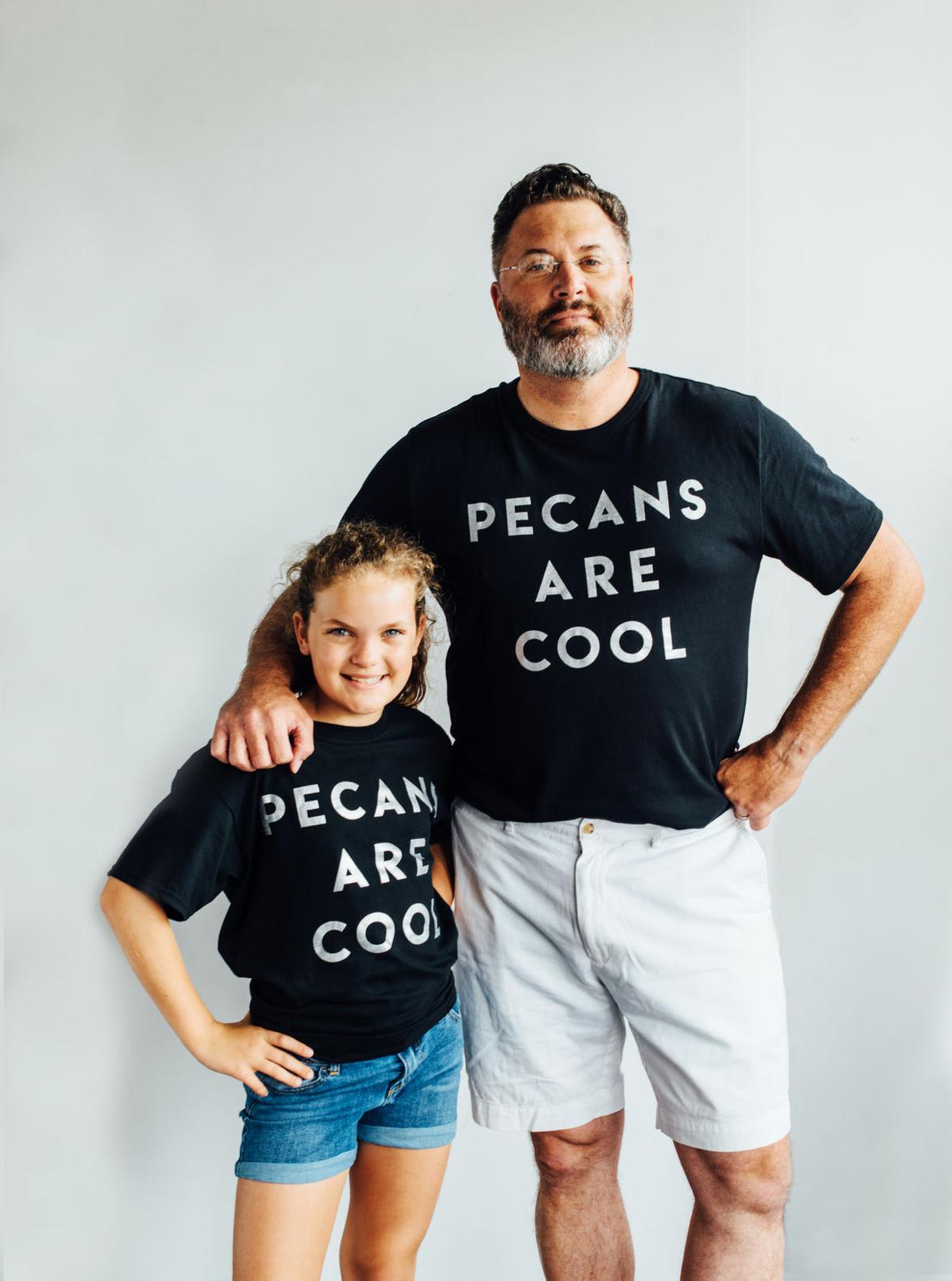 CNO ( Chief Nut Officer) Jady Regard and his daughter. 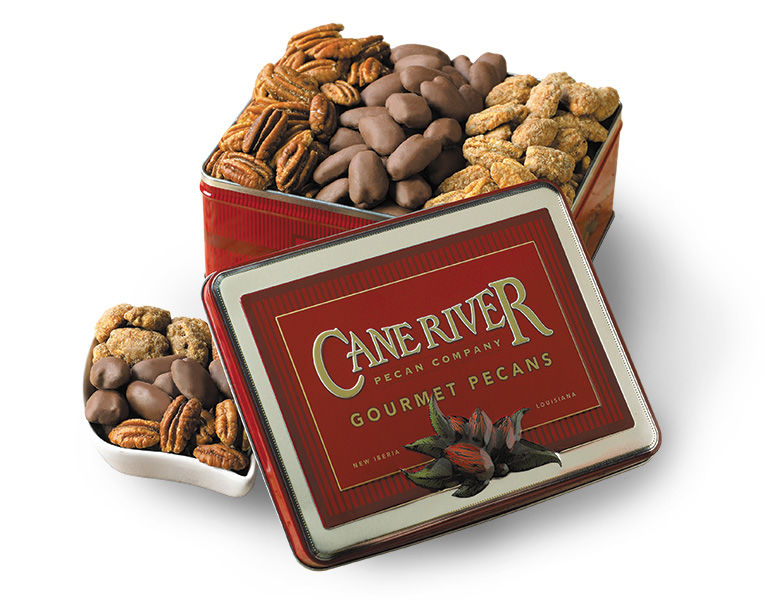 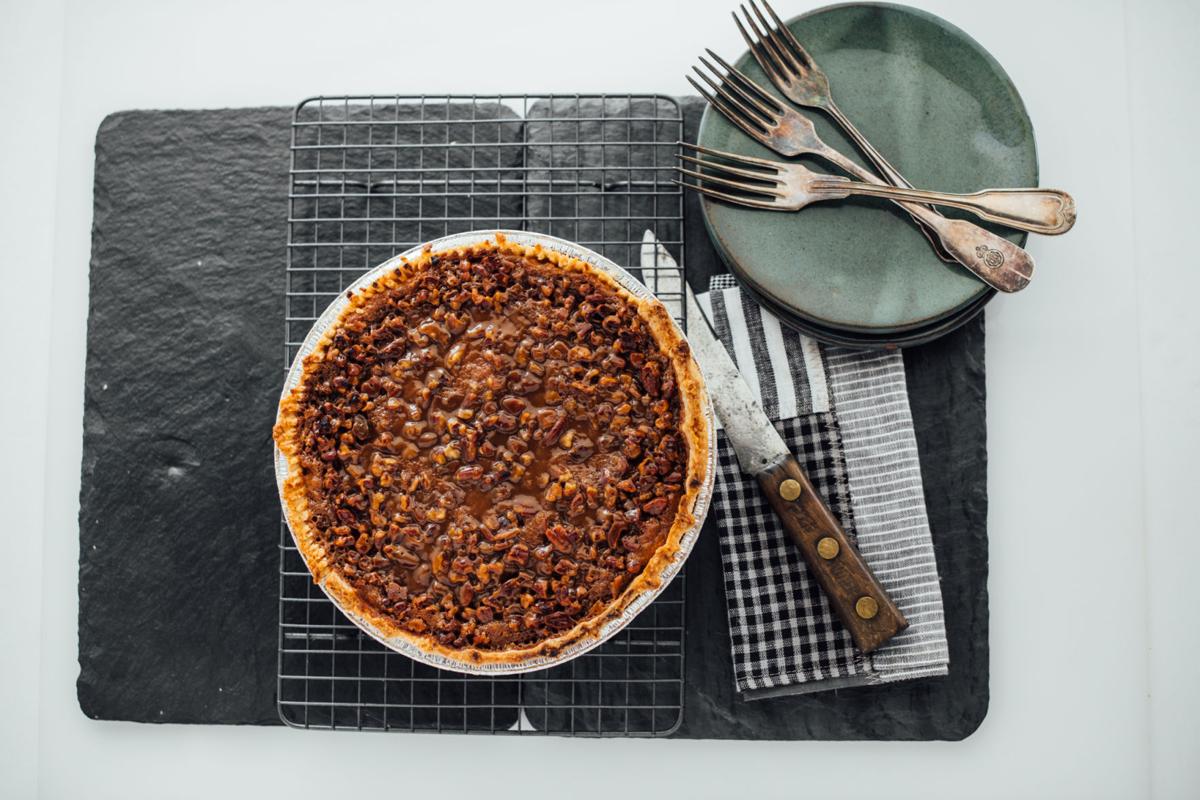 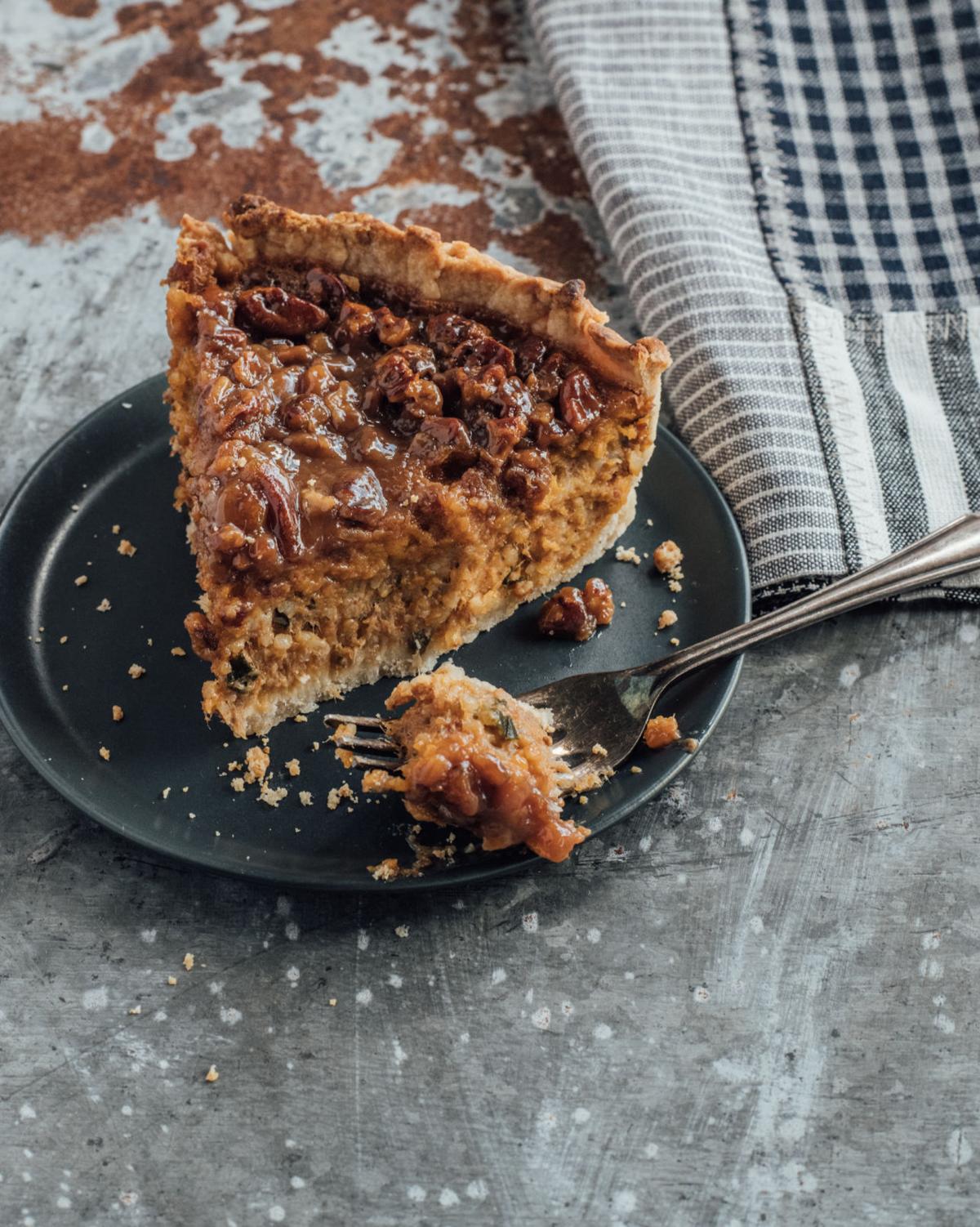 CNO ( Chief Nut Officer) Jady Regard and his daughter.

In the formerly vacant building at 254 West Main Street, the beep of forklifts echo across a 14,000-square-foot warehouse. People, a few of them in T-shirts emblazoned with “Pecans Are Cool,” busy themselves, leaning over computers, carrying boxes and checking blueprints. The skeletal system of a conveyor belt snakes around the space. At the center of it all, Jady Regard and his canine companion, a miniature labradoodle named Brie, excitedly move from task to task.

Regard is Cane River Pecan Company’s CNO (that’s Chief Nut Officer, in case you were wondering), and the building he is bustling about will represent the second-generation, family-owned company’s most substantial evolution to date. By mid November, Cane River Pecan Company will open its flagship facility and retail destination located in New Iberia’s historic downtown.

“This will be the flagship facility for Cane River Pecan Company,” Regard reiterates. “I want it to always be rooted to the historic district of New Iberia. This is where a company like us needs to be. It will be a place for people to come in and learn about my business, learn about the pecan industry and have a very good tasting experience while they’re at it. McIlhenny Company, The Shadows on the Teche, Bayou Teche Museum, Konriko, Cane River Pecan – we want to be another great asset for this community that will draw people in.”

To understand the significance of what this expansion will mean for Cane River Pecan Company, you have to understand where the company began and the series of evolutions they’ve undergone. In 1969, brothers Dan, Jady’s father, and Joe Regard acquired a small pecan orchid in Natchitoches Parish and sold their pecan harvest in bulk to regional shellers. In 1982, Dan opened a small, seasonal storefront on Natchitoches’ Front Street. A few years later Dan’s wife Margie began the company’s business-to-business mail order division in their hometown of New Iberia. In 2002, Jady left his job in corporate sales with the Chicago Bears to return home and help run his family’s business. With his return came a massive increase in business-to-business sales, a new batch of digital marketing opportunities and innovative new products.

“We’re so excited to be taking this next big step here, in our hometown,” Regard beams. “My brothers and I started cracking pecans in our parent’s garage on Darby Lane when I was 9 years old. I had a business card that said ‘available after school and on weekends.’ We’ve come such a long way. Sitting in this building, I’ve had a lot of ‘Wow, we did it’ moments.”

The purposes this move will fulfill are vast. The back 14,000 square feet will serve as the distribution and fulfillment area. It will be the shipping area, where raw products will be boxed in Cane River Pecan Company’s signature tins. There will also be four workstations and the processing department.

Then, there’s the front of the building, the retail and tasting area, and this is where Regards eyes truly start to light up. “Now this is going to be super cool,” he announces as he walks around explaining his vision. There will be a tasting area, where guests can try a variety of Cane River Pecan Company’s premiere pecans as well as their candied, flavored and specialty products. In addition, there will be a small retail area where they can purchase a variety of local merchandise. Regard points to what a appears to be a blank half wall, “this is going to be my media wall.” The opposite side of the wall will act as a small museum, where Regard will use pictures, timelines and televisions with looping images to tell the story of the pecan industry. “I want to educate people,” Regard says. “I want people to know that Thomas Jefferson wasn’t just a founding father, but a founding farmer.”

Possibly the most unique component will be Cane River Pecan Company’s pie bar. Tourists and locals alike will be able to come in, grab a seat and enjoy a slice of pie made onsite with a hot cup of local coffee. In addition to pies, there will be a very limited menu of small plate options. There will, of course, always be pecan pie. The carefully curated pie selection will consist of seasonal, savory and sweet varieties. Then, there will be the House Special…Cane River Pecan Company’s very own Boudin Pie.

“Boudin Pie, how about that?” Regard laughs. “The pie contains one pound of locally sourced, uncased pork boudin. It has a layer of sweet potato soufflé and it’s covered with a really beautiful Cane River Pecan Company praline glaze. I’m telling you, this thing works. It was a way for us to take something as locally loved and culturally significant as boudin and infuse it with pecans and really make it our own.”

Initially, Boudin Pie will only be sold in frozen in store, but beginning in 2019, they plan to begin shipping the product. Boudin Pie features a handmade crust and every ingredient is measured against the Cane River Pecan Company’s standard for excellence. They worry about quality and trust that the demand for quantity will follow, and as history proves, it does.

Next year, they will also be unveiling a special streetcar tin for the city of New Orleans as well as rolling out a new dark chocolate pecan product. While all of these expansions mean great things for the Cane River Pecan Company and the Regard family legacy, they mean just as much for the city of New Iberia, and that’s equally as important to Regard.

“First of all, this will take care of a very large blighted building in the city,” Regard reasons. “I grew up in New Iberia in the mid 80s, and the Main Street area was robust. I’d love to see that again. Second, this will be a destination; it will physically draw people downtown, tourists and locals. Third, we’re going to hire people. We’ll put people to work and increase tax dollars to the city. Lastly, we’re going to be another positive force within the community. A place for people to come together and celebrate our Southern heritage and our beautiful Main Street.”

3. Over 80% of the world’s pecans come from North America.

5. One ounce of pecans provides 10% of the recommended daily fiber intake.