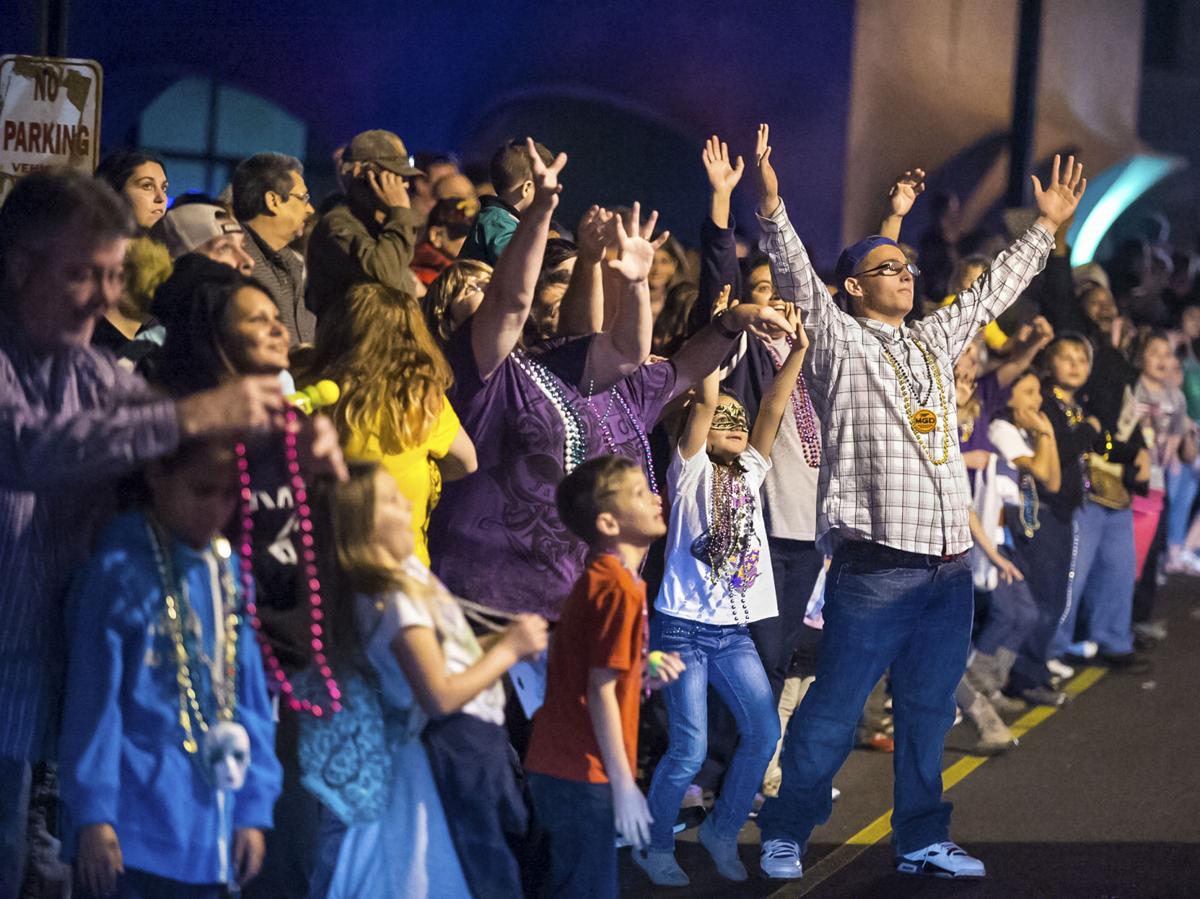 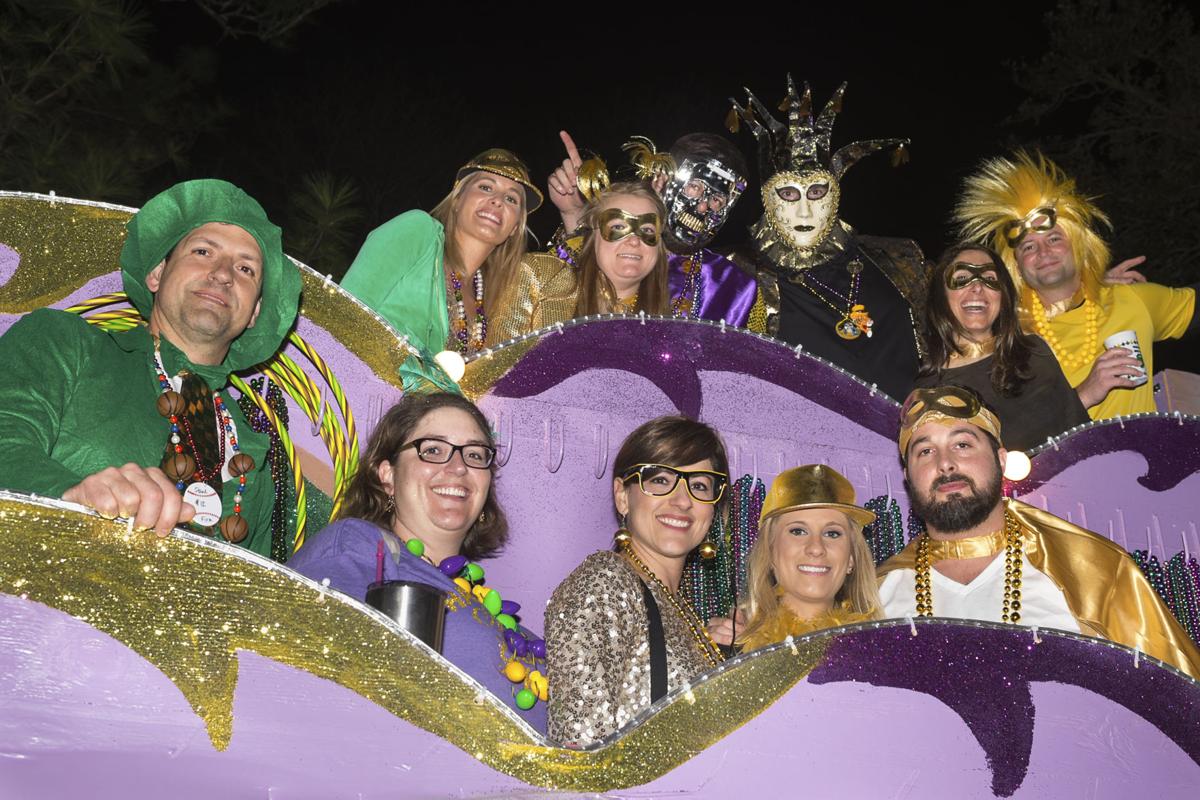 In 2016, Main Street fell silent as not a single float or festivalgoer made their way downtown to commemorate the Mardi Gras season. For more than three decades, the Krewe of Andalusia organized the New Iberia Mardi Gras parade. However, due to logistics and the mounting difficulties of putting on the event, they found themselves unable to host it any longer. With no one to organize the parade, the city simply went without and Carnival season just wasn’t the same.

“There was just an outpouring from the community, because it was such a great family event that we had in Iberia Parish and it was missing,” recalls Beau Beaullieu, one of the founding members of the Bayou Mardi Gras Association. “Mardi Gras came and went, and the feedback we got from everybody was that it just wasn’t the same.”

As civic-minded leaders within the Parish who were already involved in multiple other community organizations, Pat Norris, Mike Wattigny, Wess Robinson and Beaullieu decided they could be the ones to do something about it. “We started visiting and it just became really clear to all of us that this was something our community needed – not just from an emotional standpoint, but from an economic standpoint,” Beaullieu recalls. “We decided we were going to bring the parade back to the banks of the Bayou Teche and we created the Bayou Mardi Gras Association.”

The announcement of the new organization was met with great excitement and, after a year of planning and preparation, the Mardi Gras parade was back for the 2017 season, bigger and better than ever. As an independent association, not affiliated with any single krewe, floats from all krewes in Iberia Parish were welcomed, nearly doubling the size of the parade. “We went from having 11 or 12 floats in the Andalusia parade to 20 floats in our first year,” states Beaullieu. Local businesses and other organizations were also welcomed to join in on the fun. “We had businesses join and groups of friends got together to get floats. So, it came together in a pretty neat way and it ended up being extremely festive as well,” he adds.

Their hard work paid off when people from around the Parish and those surrounding came to show their support. “Crowds were four and five people deep and it was like a New Orleans parade on the banks of the Bayou Teche!” says Beaullieu. “We got a lot of great feedback from that first parade and everything was positive. People were just so ecstatic that we were able to bring it back.” And while that first parade was indeed a “win” for the Bayou Mardi Gras Association, Beaullieu believes it went even deeper than that. “With the oil and gas industry being down and us kind of hitting a rough patch in Iberia Parish we thought the community needed this. We needed the parade,” he confides. “Then, what started out as just a parade ended up being much more than that. It was a rejuvenation of the spirit of Iberia Parish.”

The way community members have rallied together to rise up and face recent challenges head on suggests the fighting spirit of its people is alive and well. Coming together to revive this tradition and keep it going is just one example of that.  “It’s a lot of work that goes into it, but we all felt it was definitely worth it,” comments Beaullieu. “This was our investment in the community to do exactly that, to fight for our community and to prove that we are a community on the rebound and the rise.”

Likewise, local businesses have joined the fight, contributing monetarily and through manpower to keep the parade running. “It’s very expensive to put on the parade. We have to pay insurance costs. You pay for the floats and for the security, and it has quite a price tag on it,” explains Beaullieu. For the past few years, Musson Patout Automotive has stepped up as a large corporate sponsor and will be joined this year by Arceneaux Ford. “They’re teaming up to be our sponsors and to pull the floats,” he states. “Without these sponsorships we wouldn’t be able to put on the parade so you have avid competitors that are coming together for a great community cause.”

You don’t have to be a large donor to get involved, however, and there are multiple opportunities to do so. The Association successfully held a dueling piano fundraising event last September to help defray the cost of float rentals and intends to do so again this year, for which individual tickets will be sold. Volunteers are also welcome to assist with logistics the day of the parade.  But, of course, one of the best ways to show your support for the Bayou Mardi Gras Association and the city of New Iberia is to line the downtown streets on Saturday, February 9th, as the parade rolls down Main beginning at 6  p.m. The kickoff parade for Acadiana for the third year in a row and a celebration of the renewed tradition, this is one you don’t want to miss. An after party hosted by the Teche Grower’s Association, featuring the Beau Young Band, will be held immediately following the parade at the Hampton Inn. Tickets are being sold for $50 per person.

Businesses, school bands or pageant royalty looking to register for the parade can contact the Bayou Mardi Gras Association via their Facebook page or bayoumardigras.com